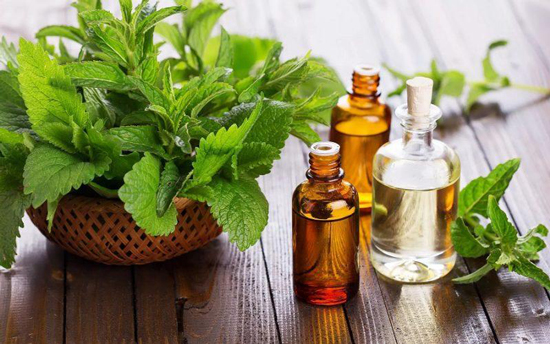 For many people, a whiff of patchouli oil brings to mind the hippie movement of the ’60s and ’70s. But beyond this oil’s unique aroma that’s associated with the “flower children” is a wealth of benefits that can soothe and heal you inside and out.

What is Patchouli Oil?

Patchouli oil is derived from a large evergreen perennial that is a member of the Labiatae family, and a close relative of mint, lavender and sage. The name “patchouli” (Pogostemon cablin or Pogostemon patchouli) is said to be derived from the ancient Tamil words “patchai” and “ellai” meaning “green leaf”. Others say it comes from the Hindustan word “patchoi”.

Patchouli originates from Southeast Asia. Today, it’s cultivated in China, Malaysia, India, Indonesia and the Philippines. Patchouli oil is extracted from the lightly fragrant leaves and the white, violet-marked flowers of the plant. It’s a thick, light yellow or brown liquid, with a strong, musky-earthy and slightly sweet aroma, reminiscent of wet soil. For some, the potent fragrance of this oil is an acquired taste.

What sets patchouli oil apart from other herbal oils is that it gets better with age. Its light yellow color turns into a deep amber, and the scent becomes smoother and richer.

Patchouli has been used for thousands of years. It was very valuable – early European traders actually exchanged one pound of patchouli for a pound of gold.
Romans used it as an appetite stimulant while, in Egypt, it was said that Pharaoh Tutankhamun – also known as King Tut – arranged to have 10 gallons of patchouli oil buried with him in his tomb. Patchouli oil has long been used in traditional Asian medicine, especially in Malaysia, China and Japan. It is used to treat skin and hair problems, such as dermatitis, eczema, acne, dry chapped skin, dandruff, and oily scalp.

Patchouli oil is also popularly used as a fabric fragrance, a practice that dates back to 19th century India. Manufacturers used it as a moth repellent for fabrics that are exported to other countries. The scent was so widely used that it became an indicator of authentic Oriental fabric. English and French garment makers even became obliged to add patchouli oil to their imitation products to make them acceptable in the market.

Today, patchouli oil is used as a fragrance in skin and personal care products, air fresheners, laundry detergents, and paper towels. It’s also used as incense and as a base note for perfumes. In aromatherapy, patchouli oil is said to help relieve anxiety, stress and depression. Its calming effect is very effective for relaxation and meditation. Simply add a few drops in a diffuser or vaporizer.

You can also mix it into your face cream, lotion or shampoo, or even add it to your bathwater. Here are other ways to use patchouli oil:
• Massage it on your skin to help prevent wrinkles and cellulites. Simply dilute it in a light carrier oil.
• Dab a small amount on your skin to soothe cuts, scrapes, burns and sores, as well as insect bites.
• Apply a few drops on your wrists or add it to your sheets to keep ants, bedbugs and other pests away.
• Put two to three drops on a cotton ball and dab it on your underarms to prevent body odor.
• Mix a couple of drops into your shampoo or conditioner to treat dandruff and oily hair. Leave it on for a few minutes before rinsing.

The beneficial properties of patchouli oil come from its many constituents, such as alpha patchoulene, beta patchoulene, alpha bulnesene, alpha guaiene, caryophyllene, norpatchoulenol, seychellene and pogostol. It also contains patchouli alcohol (PA), an important compound that has neuroprotective, anti-influenza, and anti-inflammatory activities. 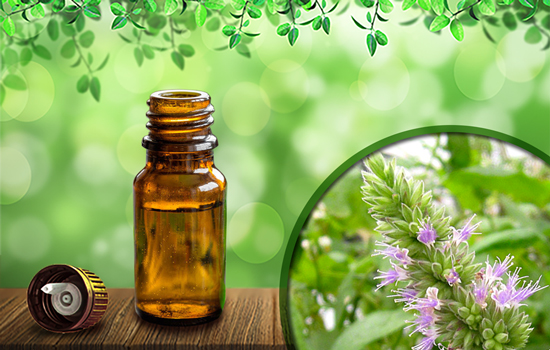 Patchouli oil’s health benefits are attributed to its antidepressant, anti-inflammatory, antiseptic, astringent, diuretic and cytophylactic properties. It also works as a deodorant, diuretic, insecticide and sedative. Patchouli oil can help address health conditions such as:
• Inflammation – Patchouli oil can help soothe inflammation and/or irritation. It also works for inflammation-related conditions, like gout and arthritis.
• Fungal infection – It helps inhibit fungal growth and gives you protection against notorious infections, such as athlete’s foot.
• Colds and flu – Patchouli oil can bolster your immune system to help you avoid colds, influenza and tonsillitis.
• Fever – It helps fight infections that cause fever and reduces your body temperature.
• Amorous problems (men and women) – It stimulates the sex hormones estrogen and testosterone, and helps boost your erotic drive. It is useful for impotence, loss of libido, erectile dysfunction and sexual anxiety.

Patchouli oil is a tonic that helps promote your overall well-being by toning your stomach, liver and intestines to optimize metabolic function. It also helps regulate your endocrinal secretions of hormones and enzymes, and boosts your nervous and immune system health.

How to Make Your Own Patchouli Oil Infusion

The leaves of the patchouli plant are handpicked, bundled and partially dried in the shade. They are then fermented for a few days, until the oil is extracted via steam distillation or CO2 extraction. However, you can make a basic patchouli oil infusion at home using dried patchouli leaves.

1. Dry the patchouli leaves completely by putting them under the sun for a few hours.
2. Wash the glass jar thoroughly with warm soapy water, and then rinse it with fresh water at least two to three times. Let dry.
3. Put the patchouli leaves in the jar, filling it to the top. Pour the carrier oil of your choice. Jojoba oil works best for making a light moisturizing oil, while olive oil is ideal for making a massage oil. Sweet almond oil is good for body and scalp massage.
4. Screw the lid tightly and shake the jar a few times.
5. Pour water into your saucepan and bring to a boil. Then, take it off from the heat, and put the glass jar in the saucepan, leaving it there until the water cools down. Take out the jar and shake well again.
6. Store the jar in a cool, dry and dark place for a month, allowing the patchouli leaves to seep in the carrier oil. Shake the jar thoroughly every day to mix the leaves with the oil.
7. Filter the mixture using the cheesecloth and funnel, and transfer the oil in a clean jar.

How Does Patchouli Oil Work?

Patchouli oil can be inhaled, diffused in a vaporizer or applied directly to skin. Inhaling the scent of patchouli oil or absorbing it through the skin helps transmit messages to the limbic system, a brain region that’s involved in controlling emotions and influences the nervous system.
However, we advise using this oil in moderation because copious amounts can lead to a strong and overwhelming fragrance. The scent can also seep into fabric and furniture.

Patchouli oil is safe when applied topically or inhaled. It can be used by itself, but can also be blended with other essential oils before diluting in a carrier oil. Patchouli oil mixes well with frankincense, clary sage, cedar, geranium, lavender, ylang-ylang and rose oil. However, those with sensitive skin may have certain reactions to this herbal oil, so it is recommended to do a patch test before using it. Keep it away from your eyes, ears and nose.

You can ingest this oil by mixing a drop or two with a teaspoon of honey. We advise seeking the help of a qualified physician, though, before taking this oil orally. If you have gastric problems or any other medical contraindication, avoid ingesting this essential oil. Some say that using patchouli oil during a pregnant woman’s second and third trimester is fine. For your safety, consult a health care professional before using this oil during the entire course of your pregnancy.

Side Effects of Patchouli Oil

Patchouli can cause overstimulation and may have strong sedative effects when used in large amounts. It can also cause photosensitivity and appetite loss. If you’re suffering from an eating disorder or recovering from sickness, we advise you to not use this herbal oil.

The Schizophrenic Deep State is a Symptom, Not the Disease

The Way You Think Physically Changes the Structure of Your Brain