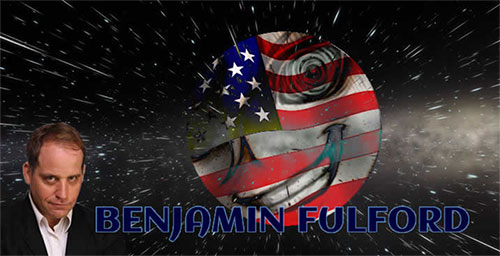 The current leadership of the Anglo-Saxon world is acting in a manner that can only be described as insane, by issuing one obviously false, incendiary claim after another in a vain attempt to start World War 3. They are doing this because the current leadership is literally fighting to survive as the wheels of justice inevitably grind closer.

This is why recently we have seen that UK Prime Minister Theresa May’s hysterical claims that Russia used poison gas inside the UK are being denied by her own government’s experts. This is also why U.S. President Donald Trump was either forced by blackmail or fooled like an idiot into falsely accusing the Syrian government yet again of attacking its own civilians with chemical weapons.

In both cases, the accusations ultimately came from the actual perpetrators of the crimes. In the UK, it was elements of its own intelligence services who manufactured the poison gas incident, CIA and MI5 sources confirm. Russian UN envoy Vasily Nebenzya called the UK’s behavior a “theater of the absurd”.

In the case of Syria, U.S. and UK agents were caught red-handed with banned chemical weapons in their possession.

Russian Foreign Minister Sergei Lavrov, for his part, summed up the opinions of many countries about U.S. foreign policy under the Trump administration by noting it to be “highly controversial”, “lacking clarity”, and being run by people none of whom had more than a year’s experience.

The general impression is that the Trump administration is going against all major international agreements reached in recent years without actually offering an alternative, multiple sources agreed.

On top of that, Trump U.S. Commerce officials, working against the advice of the Pentagon, have declared a trade war with China that they are mathematically doomed to lose. China’s government has already promised to “fight to the end at any cost”.

So what is really going on here? The answer, of course, is that the group of Western leaders who brought us the fake war on terror and the various invasions that followed are terrified of losing power and consequently being charged with multiple war crimes. This is the real reason why they are acting, collectively, in an irrational and hysterical manner.

The situation in the U.S. remains the most intense, as an undeclared but de facto civil war is raging there. The war pits the fascist Khazarian mafia faction that staged 9/11, the Iraq War and Fukushima against patriots who want to restore democracy and the rule of law to the West.

Unlike the open warfare of previous civil wars, this one is being fought over the instruments of mass mind control, including money, propaganda, cyberwarfare, targeted assassinations, and unpublicized battles between special forces.

The ongoing attacks on Facebook, Amazon, Google, Twitter and Microsoft, even as these Internet giants strive to censor the web, are just one visible aspect of this new type of war.

There is also a space war and esoteric dimension to this that is visible to the surface population in small glimpses, much like people on a boat watching a battle between sea monsters that takes place mostly underwater.

The latest such glimpse was the crashing down to Earth of the Chinese space station Tiangong-1. It was downed by U.S. forces in retaliation for recent crashes of U.S. warships apparently engineered by the Chinese, CIA sources say. Now three U.S. aircraft carrier groups are headed to the South China Sea to confront a massive Chinese battle group there, the CIA sources say. 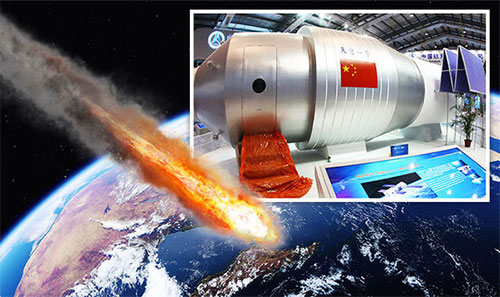 In fact, though, the two groups may actually be facing a common enemy, say Pentagon sources. Most of the action is taking place underwater and in secret, the sources say.

According to the CIA sources, “The real reason for all the sabre-rattling by the Western military powers is that… China seems to have become the victorious nation in the battle for control of the South China Sea.”

Here is a summary of the CIA report on the situation:

“There is an estimated $5 trillion worth of goods that pass through the South China Sea annually. The country which controls the flow of goods basically controls $5 trillion and all that is associated with it.

The People’s Liberation Army Navy (the PLA Navy) started building a network of undersea active and passive sensors which are located up to 3,000 meters underwater. These are embedded in a newly developed cement that contains special polymers and is now known as the best cement in the world – it can last more than 150 years underwater without deteriorating. This massive project also involves underwater bases which include special cameras and deep underwater platforms.

The seabed component of this perimeter wall contains special hydrophones and magnetic anomaly detectors. This will help in the autonomous detection and tracking of enemy submarines and ships. Setting up a zone of anti-access and area denial in the waterways is deemed critical by China for its security.

This project was started in 2016 and is now complete. This perimeter wall completely encircles the Nine-Dash Line that China unilaterally proclaimed back in 1947 as her historical maritime territory. This claims up to 90% of the 2 million square kilometers of the South China Sea.

There have been a few articles about this, but nothing really detailed. There are a few YouTube videos, but these don’t really tell the true story.


This article
just came out recently in Zee News India.

There is more to this story that just came out recently. More U.S. and Chinese military maneuvers in the South China Sea have just begun, due to the alleged ‘trade war’ that has started between the two countries.

The real question one asks is why was this not revealed and stopped two years ago? Or does China really have historical maritime rights to most of the South China Sea? So far, it looks like she does.”

Top-level Chinese intelligence officials explain that China is merely reclaiming territory it has held throughout history until Western warships took it from them in the 19th Century. They needed to build a defense line to where the ocean was 3,000 meters deep so that their submarines could move about undetected. “The aim is to make sure no country miscalculates and thinks they can get away with a pre-emptive nuclear strike on China” one former politburo-level official explained.

It is now clear that the March 26th start of gold-backed yuan-denominated oil futures trading in Shanghai was a move the Chinese have been carefully preparing for at least a decade. This started back in 2008 when the Khazarian mafia threatened China with a cut-off of Middle Eastern oil and a blockade of its coastline if it tried to usurp the petrodollar. 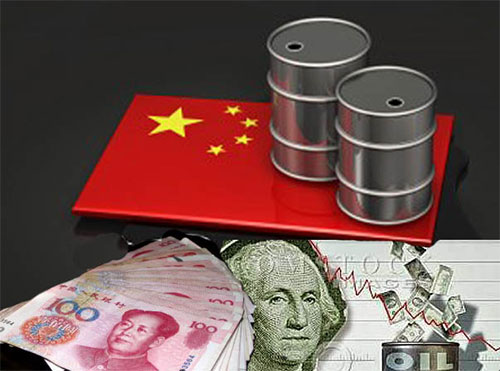 The March 11, 2011 attack on Fukushima, Japan was intended to intimidate the Japanese and prevent them from nationalizing the Bank of Japan, a key linchpin of the petrodollar system. Thus, the Chinese took a lesson from Fukushima and built their underwater Great Wall of China to prevent a similar attack.

The Chinese also began to source their oil from Africa, Russia, South America, and elsewhere in preparation for their big move. The completion of a 600,000 barrel-per-day oil pipeline from Russia in January was one of the last pieces to be put into place.

In fact, patriots in the U.S. are actually fighting alongside their Asian allies to free the American people. That is why an “underwater base off Malibu, California was destroyed, resulting in a 5.3 magnitude earthquake on April 5”, Pentagon sources say.

The U.S. military was eliminating a sea-bed base that was involved in the attacks that caused all the mysterious fires recently in Northern California. They did not say who the base belonged to, but apparently it and possibly others have been financed by the California branch of the Khazarian mafia.

That is also why the U.S. military ensured that all Khazarian mafia bosses were removed from the board of governors of the Federal Reserve Board. The new president of the New York Federal Reserve Bank, John Williams, has already stated publicly that U.S. monetary creation should use new targets like median income, instead of just handing over the cash to private banks controlled by Khazarian oligarchs. Targeting “median income” basically means giving the money to the average American instead of to an malefic occult elite.

Also, as a part of this move against the Khazarians and their “create money out of thin air” con job, a bill has been introduced to the U.S. Congress to require that the U.S. currency be backed by gold. (Gold, by the way, that will be supplied by Asian friends of the American people, according to White Dragon Society sources.) On this front, top-secret negotiations are ongoing, but should result in “tens of trillions” of dollars being made available to help rebuild the U.S., say sources involved in the negotiations.

There is also a highly underreported African dimension to this epic battle against the Khazarian overlords. On this front, Zimbabwe President Emmerson Mnangagwa visited China last week and stated that his country would adopt a Chinese development model. 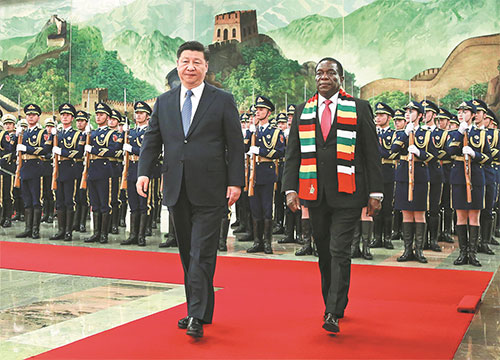 Five U.S. senators were on hand to greet him as he returned from China, “as African gold and other natural resources will underwrite the new asset-backed financial system”, Pentagon sources explain.

To help prepare for the new system, a systematic purge of the Khazarian mafia control grid in the U.S. is continuing, the sources say. Part of this involved an attack on the network of underground tunnels and hideouts on Jeffrey Epstein’s “pedophile island” they say. This was followed by leaks of photographs of prominent Khazarians like former U.S. President Bill Clinton with underaged lovers (although these appear to have now been deleted from the Internet at the time this article was published). Also, “the Department of Justice shut down the sex and pedophilia trafficking site Backpage.com”, the sources note.

There may also soon be warfare in California. “Left-wing California is reeling from DOJ lawsuits, plus revolt from local governments”, the Pentagon sources say. “U.S. troops may be sent to put down the California insurrection”, they add. The National Guard has been sent to the Mexican border to “stop terrorists, gangs, drugs, arms, and trafficking of humans and children”, they note.

The second American Revolution has begun.