The World is Waking Up and it’s Magic to Watch

It’s inspiring to witness many of the Earth’s people, especially in the western world, becoming aware of the deep corruption in our social system, particularly because society is building its innate capacity to actually do something about it.

More and more people now understand that we are ruled via a corporatocracy where the money supply, banking, governmental policy and other vital public infrastructure has been hijacked by the oligarchs and the corporate elite. In addition, public discourse and the official narratives are dictated by the corporate media who are owned by the same people who control macro public policy via their political puppets, as well as the unprecedented wealth they have at their disposal.

Their ultimate agenda is of course ultimate power, which is dressed up in a pretty dress of “Let’s save the planet!”. Of course the degradation of our natural systems needs a fresh approach, yet their covert game to win a planetary control-system has been brilliantly exposed for the world to see. 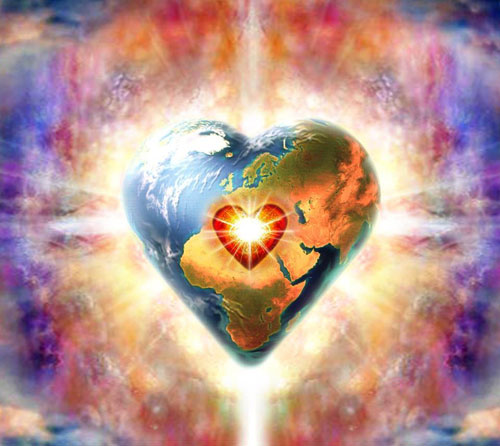 In stride, the people are fighting back in both explicit and subtle ways. Some examples include:

– Independent media has exploded, where more people now get their news from it compared to the propagandized mainstream press;

– The information which exposes the lies of the “programmed beliefs” is increasingly circulated by an awakening populace;

– Global and local action groups are forming to reverse the sellout of our system;

– Greater numbers of people are growing or sourcing organic, chemical-free food and are personally filtering any contaminants out of their water supply;

– Parents are home-schooling their children in greater numbers, or at least giving them more holistic and healthy information as their core education;

– Conversations of substance are increasingly occurring at pubs, supermarkets and community events, making it harder for the sleeping masses not to face the uncomfortable truths about our sick system;

– Individuals and families are unplugging from the control-grid the best they can, as well as reconsidering and re-prioritizing what’s truly important in life.

That’s a good segue into the other dimension of the waking up process. A great awakening is occurring in terms of the deeper layers of reality, including the way the scientific philosophy on life has been intentionally designed to keep us disempowered and disconnected with our true nature.

Exit scientific materialism. This theory has long been debunked by the quantum and parapsychological sciences because human consciousness has clearly been shown to play a co-creative role in the manifestation of our interconnected reality.

Not that this hasn’t been known in one way or another by basically every culture on Earth since the beginning of time.

Yet, materialism is still the dominant philosophy of not just the dogmatic discipline we call mainstream science, but also of many minds within the truth and freedom network. When it’s pretty much common knowledge that medical, energy and other corporate-related science has been distorted and suppressed for the benefit of the control-system, why would it be any different when it comes to the philosophical implications of scientific exploration and its associated evidence?

After all, we know that the elite use ritual and symbolic spells to achieve their goals, so clearly they themselves believe beyond the adolescence of a matter-based reality. And when we consider how successful they’ve been, obviously they’ve tapped into the energetic dance in a productive way, at least for themselves.

The fact remains however that there is a huge network of people who are becoming conscious of the nature of consciousness itself. A term to describe this is spirituality, but in summary it’s simply about understanding the connection we have with each other and reality at large, as well as rediscovering the various layers which make up the self.

If you haven’t viewed through this lens in your quest for clarity, you’re unfortunately missing a profound piece of the philosophical puzzle.

In any case, the awakening community is doing some amazing work, even if it’s split between the system-focused and spiritual-focused mindsets. There are of course many balance-minded individuals and groups who are doing both, but for the time being this remains the exception, not the norm.

That will change though. The veterans of truth-seeking, as well as the newly initiated to the conscious society are energetically primed to create a balance between these two areas of exploration. After all, there is always an opportunity for the magic to be at strength with the madness, just like the positive charge is equal to its negative counterpart, in accordance with natural principles.

That’s duality, in one action.

To reflect on which ways in which you’ve personally woken up, watch the following short documentary.