Thousands damaged by shingles vaccine are trying to sue Merck 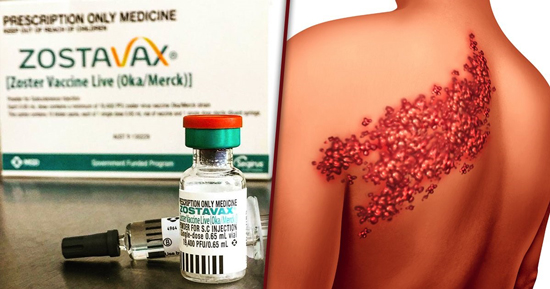 What was supposed to be a cure for shingles has brought on worse complications. Thousands have attempted to file lawsuits against American pharmaceutical company Merck & Co. for problems associated with their product Zostavax. In an interview with TROFire.com, Troy Bouk, Associate Attorney at the Levin Papantonio law firm, stated that the side effects of the shingles vaccine included meningitis, encephalitis, stroke, palsy, and many others. According to Bouk, these side effects are all features of shingles – and with the vaccine created from a live strain of the virus, it’s no wonder that Zostavax has caused people to experience these conditions.

Zostavax was approved by the Centers for Disease Control and Prevention (CDC), Bouk said. The group has since recommended that only people 60 and above should take the vaccine. The Food and Drug Administration (FDA), on the other hand, approved Zostavax for people 50 and above, states TheFreeThoughtProject.com. The CDC has warned that people within the 50 to 59 age group may lose the alleged protection benefits of the vaccine by the time the reach 60, however.

Attorney Troy Bouk was recently interviewed by Ring of Fire’s Farron Cousins to discuss the shingles vaccine Zostavax, the issues related to its effectiveness and the problems that are associated with the product, including the fact that the drugmaker’s vaccine seems to cause the very affliction that it seeks to prevent – and, according to a massive lawsuit, thousands of victims agree.

The drug makers have an incentive for you not to see this information which means it will not be reported on, in the mainstream media, as their advertising dollars are tied directly to these companies. So, we find that it is our duty to spread this information and with your help sharing it, we can have a massive effect.

In the interview with Cousins, Bouk explained that Zostavax is made with a live strain of the shingles virus and described the complications that are associated with shingles. Shingles is caused by the varicella-zoster virus, which is the same virus that causes chicken pox. The varicella-zoster virus lies dormant in people who have had chicken pox, but sometimes the virus reawakens and produces shingles.

The virus often manifests as a painful rash, and can also lead to encephalitis, vision loss and postherpetic neuralgia. Bouk said that the virus sometimes “tends to get into your central nervous system, and then, once in there, it wreaks some havoc by usually causing swelling which ends up with these other medical problems. That’s the situation with the vaccine itself, is that Merck hasn’t warned anyone about those indications.”

Cousins asked Bouk about the effectiveness of Zostavax, to which Bouk replied:
“The FDA has approved the vaccine for people 50 years of age and older, whereas the CDC only recommends that those individuals 60 years of age and older get it. The reason is that once you have had the Zostavax shot, the FDA says it only lasts for about four years. It’s not proven to last any longer than that. Let’s say you’re 55 years old. It may stay in your system till you’re 60, but you actually are at the greatest risk of getting shingles when you’re in your 60s. That’s why the CDC recommends that you really don’t get it until you’re in your 60s, because that’s probably when you’re going to need it the most.”

Merck has explicitly stated that those who receive the Zostavax vaccine “may still get shingles.” However, Bouk argued that some people may be contracting shingles as a side effect of the vaccine itself due to the live virus strain in the vaccine, not because people are experiencing shingles despite the vaccine.

Bouk went on to say that “there is a study which shows that in 50% of the patients who actually get the vaccine, sometimes don’t get shingles – the virus goes straight to manifesting in the central nervous system. It’s possible that you could get the vaccine and get meningitis or encephalitis without ever actually exhibiting shingles.” Bouk advises that patients weigh the risks of Zostavax before receiving the vaccine.

On the efficacy of the vaccine, the CDC has stated that it only reduced the risk of shingles by a mere 51 percent, making its true potency uncertain.

This unpredictability is the reason why attorney Marc J. Bern of Marc J. Bern & Partners LLP has “thousands of complaints” that have yet to be filed in Philadelphia, Penn. In a statement to FiercePharma.com, Bern has said that the injuries run “the gamut from contracting shingles as a result of the vaccine all the way to serious personal injuries such as blindness in one eye, individuals who have serious paralysis in their extremities, brain damage, all the way to death.”

In an additional comment, Bern stated that he thought “Merck has failed terribly … to warn about the very serious side effects and the failure of the vaccine to do what they claim it does.”

Bern has said that his firm has been examining the drug “for quite some time”, and that the litigation has “merits.” The attorney has also expressed his belief that the cases should be grouped together for mass tort status. Another attorney, Michael Katz, agrees with Bern.

In response, a spokesperson for Merck has stated that “Nothing is more important to Merck than the safety of our medicines and vaccines.”

If that’s the case, then why are thousands of people experiencing ailments associated with the disease the vaccine is supposed to cure? Because it’s made from the same virus, that’s why. Is it wonder why Zostavax is causing more harm than good? News and other media concerning vaccines and drug companies can be read over at Vaccines.news and BigPharmaNews.com.

– Zostavax was approved by the FDA in 2006.
– In 2016, Zostavax pulled in $749 million in sales for Merck.
– Currently, Zostavax is the only approved shingles vaccine in the United States. GlaxoSmithKline is working on a second shingles vaccine called Shingrix. The drug manufacturer is still seeking the approval of the FDA for their drug.