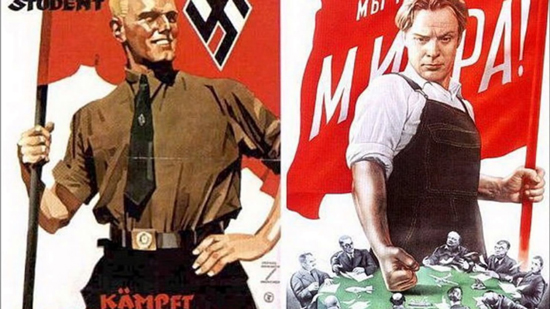 War-mongers have used propaganda to divide human beings into opposing camps on political, social, economic and religious issues so they can stir them up into such a state of emotionalism that they will fight and kill each other. In order to discover the causes which have produced the effects we experience day to day, all available evidence must be studied carefully. Truths must be separated from falsehoods, and fiction from fact. Past events must be studied to see how they have affected and influenced conditions existing today.

The human race is divided into two main camps as far as religion is concerned. Those in one camp believe in the existence of a God. Those in the other camp deny the existence of a supreme being of any kind. This fact is of major importance. because it can be proved that all wars and revolutions have been the result of one group or another trying to force their ideologies upon the people of the entire world.

The conception of God varies with different religions. Theism teaches that God is a personal being, and the author and ruler of the Universe. Pantheism identifies God with the Universe, but not as a personal being. Pantheists believe in the doctrine of the universal Presence of the Divine Spirit in nature. A kind of Pantheism has found its way into many religious and philosophical systems – Buddhism and Hinduism both partake of this doctrine. Belief in a personal God includes belief in a Celestial world, belief in the soul and life in a celestial world after the death of our mortal bodies. People who believe in a Personal God must of necessity believe in the existence of Satan – a personal Devil.

A study of comparative religions proves that, as far as it is possible to probe back, even the members of isolated tribes have always had a religious instinct, which caused them to discuss and ponder the questions: “Why were we born?”, “For what purpose do we live?”, “What ends do we serve?”, “Whither do we go when we die?”. Even the most backward (advanced?) tribes of Central Africa and Australia seem to have had no doubts regarding the existence of God, a spiritual world, and another existence for their own souls, after the death of their mortal bodies.

There is a great similarity in the beliefs of those who worship a Supreme Being regarding the origins of man. The majority believe that ‘The Great father’ peopled the world for the purpose of giving the less culpable of those who followed Lucifer during the Heavenly Revolution another chance to decide, of their own free will, whether they will accept God’s authority, and give him unlimited obedience or, literally, go to The Devil. It is such beliefs that sustain such despised sects as Doukhobors in their passive resistance to man-made laws which they consider are contrary to God’s Divine Laws.

It is well to remember that Lucifer means Holder Of the Light – a very brilliant being, the ‘brightest’ of the Angels. Notwithstanding these special gifts and privileges, he revolted against the supremacy of Almighty God.
Most people, other than Atheists and Darwinists, accept the story of the Creation. There are, however, a great many different opinions regarding the story of Adam and Eve, and the Garden Of Eden. Most students of Comparative Religion argue it is likely God created many worlds, and Adams and Eves, and placed them in locations where they could reproduce their kind, and populate the planets upon which they lived.

The fact that human beings are placed on this earth by a method and process of birth, which prevents them having any knowledge of a previous existence, fits in with this theory.

It really doesn’t matter a great deal if there was one or many Adams and Eves. The important thing to remember is that all human beings are given a Free Will and must decide for themselves if they believe in a God or a Devil, or if they believe in the atheistic-materialistic ideology. Each and every human being must make up his mind one way or the other.

If a person decides there is a God and a Devil, then he must decide which he is going to serve. An Atheist, if he joins either of the totalitarian ideologies serves the Party or The State. He must give unlimited obedience to the head of The Party or The State. The penalty for diversion is suffering, imprisonment and possibly death. 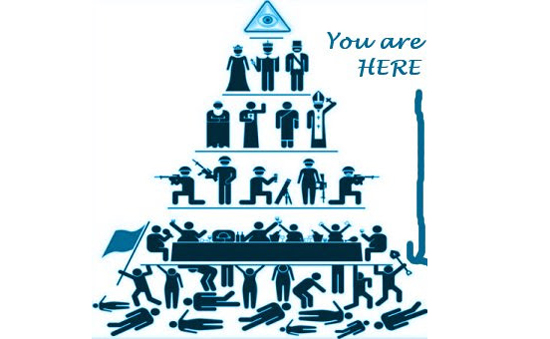 Belief in the existence of God automatically includes belief in supernaturally Good and Evil Spirits which can influence men’s minds for Good or Evil purposes. It is the struggle of men’s souls that causes the conditions which prevail upon the earth today.

Atheists on the other hand do not believe in the existence of Supernatural Beings. They argue that God has never been proved to exist. There are many groups of Atheists. True Communists, Free Thinkers, Members of The League Of The Godless, Nihilists, Anarchists, True Nazis, and the Mafia. Many Godless people subscribe to various forms of Secularism, even if they fight shy of becoming active in the Atheistic Communists and Nazi Groups.

Most Atheists base their beliefs on the principle that there is only one reality – MATTER – That the bling forces of MATTER (sometimes referred to as ENERGY) evolve into vegetable, animal and man. They deny the existence of a Soul, and the possibility of life in another world after the death of our mortal bodies.

At the early age of twelve the author was thoroughly indoctrinated into the Bolshevik ideology by two revolutionary missionaries who travelled on the same ship with him out to the Orient in 1907. Unlike many others he didn’t swallow the bait they offered him ‘Hook, Line, and Sinker’. He decided to keep an open mind, and to investigate matters thoroughly, before reaching any conclusions.

His investigations and studies of all angles of the International Conspiracy have taken him to nearly every country in the world. Commander Carr has had a distinguished naval career. During World War One he served as Navigating Officer of H.M. Submarines. In World War Two he was Naval Control Officer for the St. Lawrence; then Staff Officer Operations at Shelbourne, N.S.; then Senior Naval Officer at Goose Bay, Labrador. As an Officer on the staff of Commodore Reginald Brock he organized the 7th Victory Loan for the twenty-two Royal Canadian Naval Training Divisions.

As an author he has previously published the seven books listed above. Some were specially bound for inclusion in The Royal Library; The Library of The Imperial War Museum; and the Sir Millington Drake Library (which is bequeathed to Eton College), and the Braille Library for the Blind. Several of his books have been published in European languages.

Pawns in the Game

Here is a TRUE story of international intrigue, romances, corruption, graft, and political assassinations, the like of which has never been written before. It is the story of how different groups or atheistic-materialistic men have played in an international chess tournament to decide which group would win ultimate control of the wealth, natural resources, and man- power of the entire world.

William Guy Carr, Pawns in the Game (1958) explained how the game has reached the final stage. The International Communists, and the International Capitalists, (both of whom have totalitarian ambitions) have temporarily joined hands to defeat Christian-democracy. The cover design shows that all moves made by the International Conspirators are directed by Satan and while the situation is decidedly serious it is definitely not hopeless. The solution is to end the game the International Conspirators have been playing right now before one or another totalitarian-minded group impose their ideas on the rest of mankind. The story is sensational and shocking, but it is educational because it, is the TRUTH. The author offers practical solutions to problems so many people consider insoluble.