“The mind is not a vessel to be filled but a fire to be kindled.” Plutarch 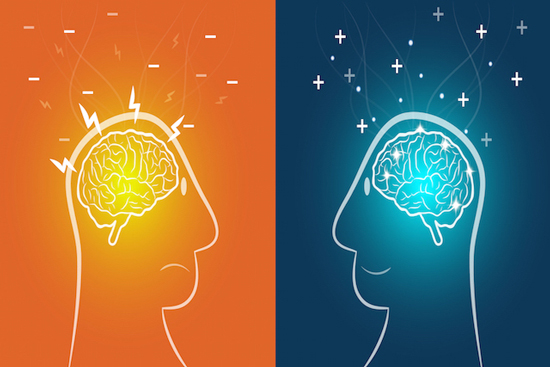 I remember when I first learned about “positive thinking.” I was to observe my thoughts, then sort them into “useful” and “not useful.”

This made sense to me, and it surprised me how many “not useful” thoughts I encountered. On a daily basis, I was telling myself that I was not good enough, that things could never work out, and that I was on the verge of being fired from my job.
“Not useful. Not useful,” my mind kept repeating. And yet the thoughts persisted. Why was this? Why wasn’t my positive thinking working?

I began repeating affirmations. I made a list of everything I hated about myself, then reframed it in the positive and read it every day. I repeated mantras. I watched YouTube videos with subliminal messages. And yet, I was calling myself a “worthless P.O.S.” on a daily basis.

It was only when I began working with a therapist that I began to see the value of my “negative” thoughts. I told her about my sorting process, and her response was, “That’s good, but you’re missing some in-between steps.”

Those in-between steps involved looking deeply at the negative thoughts, questioning their validity, and then redefining them. Rather than rejecting a part of my mind, I began to lean toward it, to learn from it. Thoughts that don’t feel good are merely opportunities to redefine, to change reality as you know it, and to help your own mind to suffer less. When you know how to handle them, they are gifts.

Here are some steps you can take to lean toward negative thoughts and redefine them:

1. Observe (without judging) your emotions

However you feel is fine. Really, it is. Emotions are attention-getting devices that the mind uses to help you observe your thoughts. Notice, especially, when you don’t feel good. When do you experience fear, hopelessness, or anger?

2. Notice the thoughts behind the emotions

Feelings are caused by thoughts. You can access these thoughts by asking “why?” Why are you afraid? Why do you feel hopeless? Why are you angry? The thoughts behind the emotion can show you your mind’s misunderstandings, because any thought that causes an unpleasant emotion is likely caused by an assumption. And assumptions can be redefined.

4. Look at the “evidence” for your belief

The mind can only see evidence for what it already believes. So what experiences, conversations, etc. is your mind using to prove its “negative thought” true? List them. Then ask why they are true? Do they make sense?

5. Come up with other possibilities 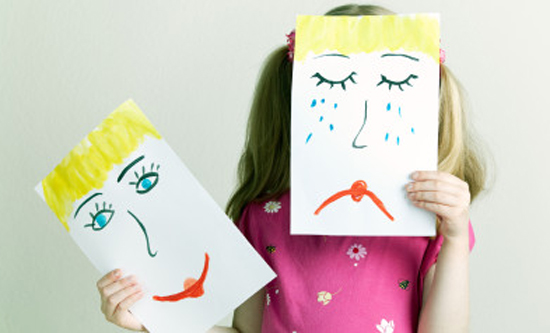 What other explanations are there? For example, if a co-worker yells at you and you are assuming it is because you are lazy, what other reasons could there be? Could they be stressed out at home? Pressured by deadlines? List as many other possibilities as possible.

6. Find evidence for at least one possibility

Your mind is subconsciously finding evidence for its assumptions, and now you are going to fight fire with fire. Why should your redefinition be true? Prove it to yourself!

Repetition is how the mind learns. You will need to repeat this process, even if it seems to be verbatim. And you will need to vary the wording, as your mind presents it to you. Eventually, your subconscious mind will accept your redefinitions, and you will see a natural end to your negative thoughts.

For me, this process was life-changing. I began therapy living in a four-bedroom house, working in the job I had held for ten years.

I did not love the job. I did not want to raise my daughter (who has autism) in that school district, which would provide her with minimal help. I did not want to retire in that town, where people used four-letter words in restaurants and teenagers pushed baby buggies down the sidewalks. So, as I redefined the beliefs I held about myself, I found that the limitations I had placed upon myself disappeared.

I had wanted to move to a warmer climate, but I doubted my ability to land a new job. So I tried. I pulled the right strings and landed a Skype interview 1,300 miles away. The day after the interview (which I had deemed to be a failure) I received a job offer.

We emptied our house, signed it back over the bank, and took whatever our Volvo station wagon would carry to Houston. A year later, we moved onto a small thirty-five-foot sailboat. Our goal now is to be cruising full time within the next five years.
In the meantime, we are enjoying our life in the marina, which is a tight-knit community that will always be “home” to us. And I am not afraid to try new things, to take “risks” and to see exactly what my potential is.

What is the moral of our story? Don’t let your thoughts and fears limit you. They may seem like gospel truth, but nothing actually is. Everything you think, everything you feel, is up for questioning. If it doesn’t make sense to your mind, it can be redefined.

Had I been limited by my beliefs about myself and my fears, I would still be living in that house. Instead, I am free to explore the world, and to re-invent the “American dream” as my family sees fit.

I have learned that I am more than those fears that kept me stuck in that job for ten years, and my life consists of more than that house and the property that we thought was “ours.”

Take nothing for granted, and don’t accept anything as the “way it has to be.” Look closely at your negative thoughts and redefine them in a way that helps you to reach your own potential.

Your Real Age May Be Older or Younger Than Your Years