Tolec Update – Donald Trump Presidency: ‘the most sweeping changes in the history of your country’

The following article was published by Tolec on andromedacouncil.com:

Appointment of Donald J. Trump to the American Presidency: What it ultimately means for the People of the United States of America 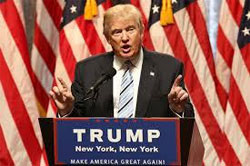 On Friday, January 20, 2017, Donald J. Trump was inaugurated as the forty-fifth President of the United States of America. What many people do not know is that he was not elected. He was appointed.

As a matter of fact, a doubles tennis playing partner of mine back in Tucson – a retired, eloquent elder statesman who worked for the U.S State Department during the Vietnam war era; and he was in his very early 70s at that time, in 1993, his mind was still sharp and clear – told me, and three other men during a break between sets, that ever since the assassination of President John F. Kennedy every U.S. President had been appointed. Yes, every President since Kennedy had been appointed!

And equally important, as I’ve said in various interviews, when I asked my contact person, the commander of the primary Andromeda Council biosphere, what the presidential “election” meant for this country, he said and showed to me in imagery, back in late autumn 2014 [paraphrased]:

“…your current President, the man you call Barack Obama, he will be the last President of the United States as you know it.

The next man appointed as President, he will be like no other you have ever experienced. He will be from outside your political system. He will initiate and begin the most sweeping changes in the history of your country. It will be the advent of a new era. 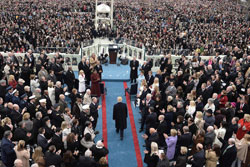 It will mark the beginning of massive reduction, restructuring and reorganization of your American federal government and its political system. You will witness the elimination of certain departments and agencies. It will be the kind of restructuring the likes of which you have never seen before. It will be a time of true change.”

So everyone, I tell you this – watch, listen and wait. Participate in this process if you feel compelled to. Observe what will be happening. These coming months, this year and beyond, will be an era of the most impactful changes in national government, and politics, this country will ever experience… since the end of the American Civil War.

In closing, and for record, I am neither for/pro Trump, nor am I against the man.

I’m simply sharing with you what my higher dimensional Andromeda Council contact person shared with me back in November 2014… in terms of what we could expect with the appointment of this new President.

As I said, watch, listen and wait. Observe. You will see significant, sweeping changes coming, in this country, in the coming months and years. Many of them may very well be… good changes. We’ll see.

Wodakote. Peace to you all.

16 Ways to Bring Positive Energy into Your Life

The Unholy Trinity of Globalist Control: The Vatican, the City of London and Washington D.C.