Tom Hanks: Hollywood is Ruled by a Culture of Rape & Sexual Abuse 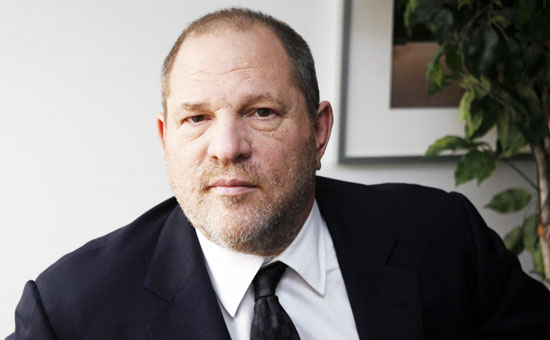 Almost a year ago, movie star spoke out to expose elite rapists ‘like Weinstein’. Actor Tom Hanks has spoken to expose the “culture of rape and sexual abuse” of Hollywood’s ruling elite. The veteran movie star said he knows “all kinds of people” like rapist Harvey Weinstein.

Film mogul Weinstein has made headlines during the last 12 months with accusations of sexual abuse, serial rape, and even pedophilia.

Weinstein is one of the true oligarchs of Tinseltown with the power to make or break careers based on a person’s willingness to accept his sexual advances. The producer’s greasy reach of power doesn’t end in Hollywood though as it extends right into the upper echelons of Washington D.C.’s most influential players.

The sexual predator is one of the Democratic party’s biggest sponsors, is close friends with Bill and Hillary Clinton and former President Obama, and was one of HRC’s largest donors for her presidential campaign last year. Many of Weinstein’s accusers say they kept their silence out of fear, but as the allegations flood in, his icy grip around the throats of his victims begins to loosen.

Tom Hanks is one of the biggest names that spoke out on the situation, but he warned that Weinstein’s predatory behavior isn’t an isolated case in the entertainment industry.

During an interview with The New York Times, Hanks weighed in on the scandal to reveal that Hollywood is “controlled” by “all kinds of people, just like Weinstein”.

He stated that his predatory behavior is quite typical amongst the movie industry elite and that show business is ruled by a “culture of rape”. “I’ve never worked with Harvey,” Hanks said. “But, aah, it all just sort of fits, doesn’t it?”

When asked why so many in the entertainment industry covered for Weinstein, Hanks argued that the producer’s power enabled his actions. “Isn’t it part and parcel to all of society somehow, that people in power get away with this?” Hanks said. “Look, I don’t want to rag on Harvey but so obviously something went down there.”

“I know all kinds of people that just love hitting on, or making the lives of underlings some degree of miserable because they can.”

Hanks stressed though that Weinstein’s power merely amplified an already-deviant mind. “Somebody great said this, either Winston Churchill, Immanuel Kant or Oprah: ‘When you become rich and powerful, you become more of what you already are,’” Hanks added.

“So I would say, there’s an example of how that’s true. Just because you’re rich and famous and powerful doesn’t mean you aren’t in some ways a big fat ass,” Hanks continued. Excuse me, take away ‘fat.’ But I’m not, you know, I’m not the first person to say Harvey’s a bit of an ass.”

The Forest Gump star nonetheless said he was shocked and bewildered at the amount of time Weinstein was able to stay under the radar. “Poor Harvey – I’m not going to say poor Harvey, sorry” Hanks said. “Isn’t it kind of amazing that it took this long? I’m reading it and I’m thinking ‘You can’t do that to Ashley Judd! Hey, I like her. Don’t do that. That ain’t fair. Not her, come on. Come on!’”

Numerous video clips however from over the years show Harvey’s actions were an open secret in Hollywood.

Even President Trump, in fall of 2017 called the press into the dining room of the White House for a photo op during a dinner he was hosting for his military heads and their spouses. RE reporters noted that it was odd that he called them in for a quick photo before asking them to leave again after only a couple of minutes.

Whilst they were lined up for the photo Trump made a point stating the peaceful gathering was the “calm before the storm”. When the press started to push him to elaborate on what he meant, he refused to answer and asked everyone to leave the room. The assumption was, due to the fact that he had had met with military leaders, was that he was referencing a possible attack on North Korea.

The odd part of this theory was that he seemed almost smug when he made the statement, like he was making a joke, or perhaps, a pun… As events have unfolded afterwards it has become crystal clear what he was referencing. Trump knew that the situation with Harvey Weinstein was about to explode.

The storm he was hinting at was, in fact, more of a hurricane… Hurricane Harvey to be exact.

He may be a major player and one of the most powerful and influential elite to topple so far, but Harvey Weinstein is just the tip of the iceberg. He is just the beginning.

After seven months in which several of his victims started to speak out, on 25 of May 2018 Harvey Weinstein turned himself in to New York Police on sexual misconduct charges. He was charged with rape and several other counts of sexual abuse.

On 26 of May Weinstein was released on 1 million dollars bail.

While the trial is still to unfold, on 18 of September, 2018 the Metropolitan Police said it had received a further allegation of sexual assault after a 11th woman had come forward on 16 of August, at Scotland Yard.

This is how the ruling elite control mankind so easily