Top Global Warming Scientists Admit: ‘We Lied To You’ 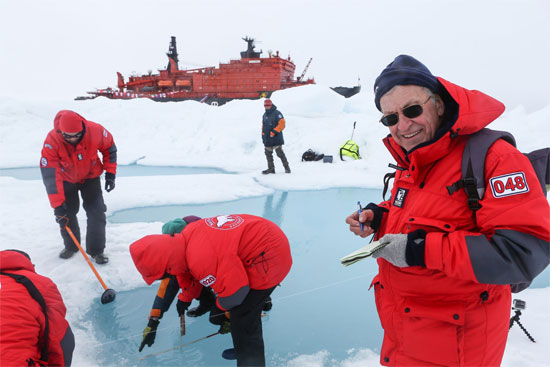 The catastrophic impacts of man-made climate change have been exaggerated, according to top global warming scientists who have admitted they produced biased studies based on junk science to please their government paymasters.

These studies were then used by mainstream media to control the narrative about global warming and convince the public that billions of dollars in extra tax revenues must be procured in order to stave off Armageddon.

However the world has warmed more slowly than had been predicted by computer models, which were “on the hot side” and overstated the impact of emissions on average temperature, and now global warming scientists are beginning to come forward and admit their deceit.

New forecasts suggest that the world has a better chance than claimed of meeting the goal set by the Paris Agreement on climate change of limiting warming to 1.5C above pre-industrial levels.

The study, published in the prestigious journal Nature Geoscience, makes clear that rapid reductions in emissions will still be required but suggests that the world has more time to make the necessary transformations.

Michael Grubb, professor of international energy and climate change at University College London and one of the study’s authors, admitted that his previous prediction had been wrong.

He stated during the climate summit in Paris in December 2015: “All the evidence from the past 15 years leads me to conclude that actually delivering 1.5C is simply incompatible with democracy.”
Speaking to The Times, he said: “When the facts change, I change my mind. It’s still likely to be very difficult to achieve these kinds of changes quickly enough but we are in a better place than I thought.”

Professor Grubb said that the new assessment was good news for small island states in the Pacific, such as the Marshall Islands and Tuvalu, which could be inundated by rising seas if the average temperature rose by more than 1.5C.
“Pacific islands are less doomed than we thought,” he said.

Professor Grubb added that other factors also pointed to more optimism on climate change, including China reducing its growth in emissions much faster than predicted and the cost of offshore wind farms falling steeply in the UK.

He said: “We’re in the midst of an energy revolution and it’s happening faster than we thought, which makes it much more credible for governments to tighten the offer they put on the table at Paris.”

The study found that a group of computer models used by the Intergovernmental Panel on Climate Change had predicted a more rapid temperature increase than had actually occurred.
The global average temperature has risen by about 0.9C since pre-industrial times but there was a slowdown in the rate of warming for 15 years before 2014.

Myles Allen, professor of geosystem science at the University of Oxford and another author of the paper, said: “We haven’t seen that rapid acceleration in warming after 2000 that we see in the models. We haven’t seen that in the observations.”
He said that the group of about a dozen computer models, produced by government research institutes and universities around the world, had been assembled a decade ago “so it’s not that surprising that it’s starting to divert a little bit from observations”.

He said that too many of the models used “were on the hot side”, meaning they forecast too much warming.
According to the models, keeping the average temperature increase below 1.5C would mean the world could afford to emit only about 70 billion tonnes of carbon after 2015. At the current rate of emissions, this so-called “carbon budget” would be used up in three to five years’ time.

Under the new assessment, the world can emit another 240 billion tonnes and still have a reasonable chance of keeping the temperature increase below 1.5C.
“That’s about 20 years of emissions before temperatures are likely to cross 1.5C”, Professor Allen said.