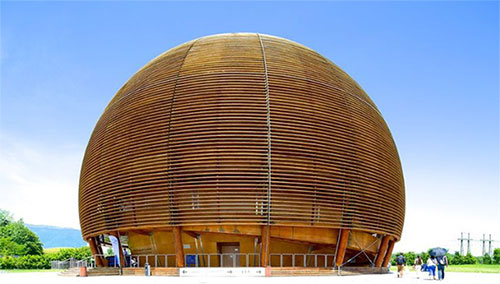 CERN is a massive particle physics laboratory located in Geneva, on the border of France and Switzerland. The name stands for “Conseil Européen pour la Recherche Nucléaire”.
The stated goal of the laboratory, as published on the organization’s website, is to probe “the fundamental structure of the universe”.
It’s a “probing” that has countless conspiracy theorists around the world very concerned.

The laboratory is famous for housing the Large Hadron Collider (LHC), the world’s largest particle accelerator, measuring a massive 27 kilometers.
The accelerator’s purpose is to collide subatomic particles at nearly the speed of light. At such a high velocity, these collisions create a variety of other subatomic particles that other instruments, known as “detectors” identify and measure after the collisions.

The process is meant to reveal to scientists what potentially unknown particles make up the very essence of all matter found in the world today.
However both conspiracy theorists and even some mainstream observers have some concerns that scientists may not even fully understand the ramifications of what they are doing. 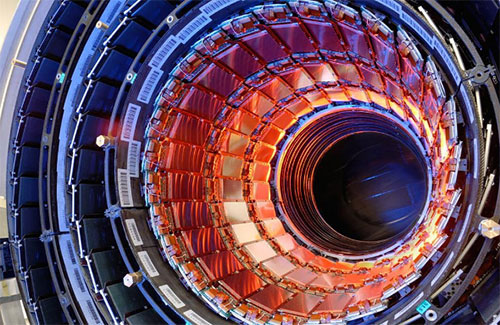 There are some who believe that the unintended (or intended?) effect of colliding subatomic particles at the speed of light is to literally open up the gates of hell.
Why would anyone think such a thing?

For one thing, scientists at CERN have openly admitted that they’re attempting to create antimatter.
What is antimatter? Antimatter are sub-atomic particles that have the reverse electrical charge of normal sub-atomic particles. Advocates of the Big Bang theory believe that anti-matter was created along with everything else, during the formation of the Universe, but unlike matter, anti-matter is very rare.

In December of 2016, scientists at CERN finally managed to use a laser to create atoms of antimatter out of hydrogen, which they were able to maintain in existence long enough to study very briefly. It was a significant discovery.
Immediately, many Christian observers accused the scientists of trying to open up a portal to hell.

One publication known as Christian Truther published an article claiming that “Antimatter would be a demonically charged particle retrieved from the pit, bringing with it chaos and destruction.”
Today, the article is deleted and the original website replaced by a new one titled The Christian Journal. However, the theory about Satan remains. 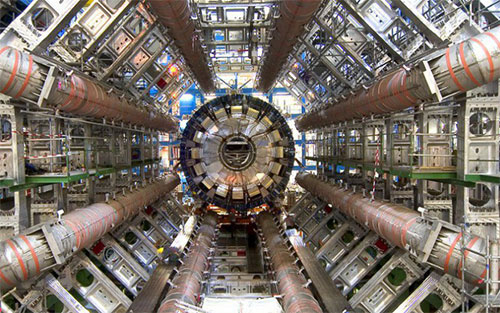 If you’ve never heard of it before, you may want to take a moment to read an academic explanation of the Mandela Effect.
In short, it’s a phenomenon where many people remember an event from the past occurring differently than it actually occurred in reality.
It’s called the “Mandela effect” because there are so many people who believe Nelson Mandela died in jail in the 1980s, when in fact he didn’t. Countless people also swear that the Berenstain Bears book series was actually called the Berenstein Bears.

What does this have to do with CERN?
Well, there are some who believe that CERN particle experiments are causing shifts in reality that push the entire world into an alternate dimension. People who are old enough to remember the old reality as it happened, remember it as such. But kids who are too young to have lived through it learn the new reality from books and media they read.

It sounds pretty farfetched. But then again so does the idea of sub-atomic particles colliding near the speed of light and creating anti-matter out of thin air…

We must admit that the Mandela effect is a little bit creepy when you think about it. But isn’t it just a little more likely that it’s caused by mass misunderstanding of book titles or movie quotes, rather than a piece of machinery slipping the Universe into another dimension?

In 2016, a video showed up on the internet that appeared to show an occult ritual taking place in front of the Hindu deity Shiva inside the grounds of the CERN complex. 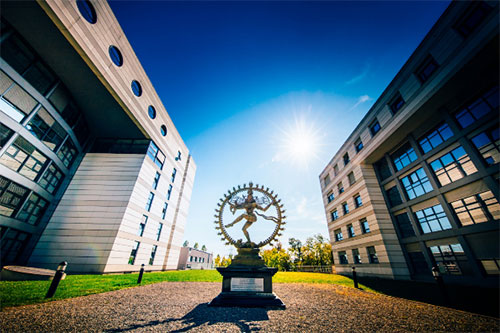 The person filming the video appeared to have turned on the camera to film strange movement in the shadows. To his surprise several cloaked figures walked into the spotlights near the statue.

Then one young female dropped her cloak and laid on the ground, while a second cloaked figure pulled out a knife, walked over, and apparently stabbed her in the chest.
The person with the camera laughed at first at the absurdity of the scene, then breathing heavily when the knife came out, and finally cursing and panicking once the stabbing took place. Some viewers felt the person acted authentically, and others said he was clearly acting.

Watch the video and decide for yourself!
However, after the video was released, a CERN spokesperson admitted to reporters that the video was actually filmed inside CERN grounds. However they claimed that the entire ritual had been staged as part of an elaborate prank.
“These scenes were filmed on our premises without official permission or knowledge. CERN does not condone this type of spoof, which can give rise to misunderstandings about the scientific nature of our work. […] CERN welcomes every year thousands of scientific users from all over the world and sometimes some of them let their humor go too far. This is what happened on this occasion.”

The spokesperson admitted that only CERN employees or visiting scientists could have taken part in the “spoof”. But, according to the spokesperson, CERN would be launching a full investigation into the video.

Both Popular Mechanics and The Guardian covered the story. CERN never released any findings from the investigation, if one really did take place.

One thing that is verifiably true about CERN is that some great scientific discoveries have been made through the use of the collider.
However, as with most areas of science that include many unknowns, distrust and conspiracies are bound the plague the facility. That is of course, until the scientists either discover the true nature of our reality, or they finally create a black hole on Earth and suck us all into it…
Hopefully we’ll all eventually learn the truth about what is really going on at CERN before it’s too late.