Tyranny of 9/11: the building blocks of the American police state from A to Z

“No one man can terrorize a whole nation unless we are all his accomplices.”
Edward R. Murrow 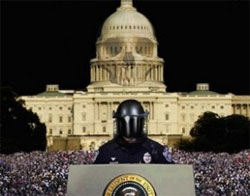 We’ve walked a strange and harrowing road since September 11, 2001, littered with the debris of our once-vaunted liberties.
Over the past 15 years, we have gone from a nation that took great pride in being a model of a representative democracy to being a model of how to persuade the citizenry to march in lockstep with a police state.

What began with the passage of the USA Patriot Act in October 2001 has snowballed into the eradication of every vital safeguard against government overreach, corruption and abuse.
This is not freedom. This is a jail cell.

Set against a backdrop of government surveillance, militarized police, SWAT team raids, asset forfeiture, eminent domain, overcriminalization, armed surveillance drones, whole body scanners, stop and frisk searches, roving VIPR raids and the like – all of which have been sanctioned by Congress, the White House and the courts – our constitutional freedoms have been steadily chipped away at, undermined, eroded, whittled down, and generally discarded.

Our losses are mounting with every passing day.
Free speech, the right to protest, the right to challenge government wrongdoing, due process, a presumption of innocence, the right to self-defense, accountability and transparency in government, privacy, press, sovereignty, assembly, bodily integrity, representative government: all of these and more have become casualties in the government’s war on the American people, a war that has grown more pronounced since 9/11. 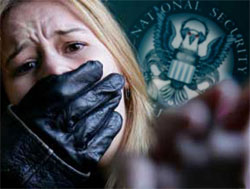 Since the towers fell on 9/11, the American people have been treated like enemy combatants, to be spied on, tracked, scanned, frisked, searched, subjected to all manner of intrusions, intimidated, invaded, raided, manhandled, censored, silenced, shot at, locked up, and denied due process.

In allowing ourselves to be distracted by terror drills, foreign wars, color-coded warnings, underwear bombers and other carefully constructed exercises in propaganda, sleight of hand, and obfuscation, we failed to recognize that the true enemy to freedom was lurking among us all the while.

Indeed, the U.S. government now poses a greater threat to our freedoms than any terrorist, extremist or foreign entity ever could. Here’s an A-to-Z primer to spell out exactly what government tyranny means post 9/11. 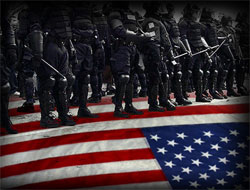 A is for the AMERICAN POLICE STATE.

B is for our battered BILL OF RIGHTS.

C is for CIVIL ASSET FORFEITURE, a diabolical governmental scheme to deprive Americans of their liberties, namely, the right to property.

D is for DRONES, weaponized, equipped with lasers, tasers and scanning devices, and aimed at “we the people”.

E is for ELECTRONIC CONCENTRATION CAMP in which all citizens are suspects, their activities monitored and regulated, their movements tracked, their communications spied upon, and their lives, liberties and pursuit of happiness dependent on the government’s say-so.

F is for FUSION CENTERS, which serve as a clearinghouse for information shared between state, local and federal agencies. These fusion centers can constantly monitor our communications, everything from our internet activity and web searches to text messages, phone calls and emails. 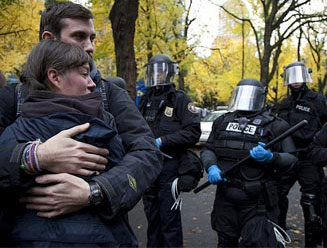 G is for GRENADE LAUNCHERS and GLOBAL POLICE. Take small-town police forces, equip them with enough firepower to render any citizen resistance futile, and then enlist them to be part of the United Nations’ Strong Cities Network program, and you not only have a standing army that can operate beyond the reach of the Constitution, but one that is part of a global police force.

H is for HOLLOW-POINT BULLETS. The government’s efforts to militarize and weaponize its agencies and employees is reaching epic proportions, with federal agencies as varied as the Department of Homeland Security and the Social Security Administration stockpiling millions of lethal hollow-point bullets.

I is for the INTERNET OF THINGS. This “connected” industry propels us closer to a future where police agencies apprehend virtually anyone if the government “thinks” they may commit a crime, driverless cars populate the highways, and a person’s biometrics are constantly scanned and used to track their movements, target them for advertising, and keep them under perpetual surveillance. 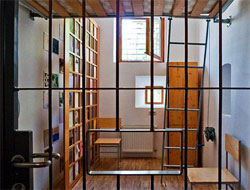 J is for JAILING FOR PROFIT. Having outsourced their inmate population to private prisons run by private corporations, this profit-driven form of mass punishment has given rise to a $70 billion private prison industry that relies on the complicity of state governments to keep their privately run prisons full by jailing large numbers of Americans for inane crimes.

K is for KENTUCKY V. KING, a ruling that opens the door to warrantless police raids, leaving Americans with little real protection in the face of all manner of abuses by law enforcement officials.

L is for LICENSE PLATE READERS, which enable law enforcement to track the whereabouts of vehicles, and their occupants, all across the country.

M is for MAIN CORE, the U.S. government’s database of 8 million or more names and information on Americans considered “threats” to the nation who should be rounded up in times of national emergency or under martial law.

N is for NO-KNOCK RAIDS. More than 80,000 of these paramilitary raids are carried out every year – more than 200 SWAT team raids every day – and all in the pursuit of someone merely suspected of a crime, usually possession of some small amount of drugs. 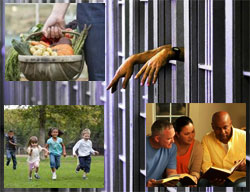 O is for OVERCRIMINALIZATION, which has resulted in an uptick in Americans being arrested and jailed for such absurd “violations” as letting their kids play at a park unsupervised, collecting rainwater and snow runoff on their own property, growing vegetables in their yard, and holding Bible studies in their living room.

P is for PATHOCRACY and PRECRIME, tyranny at the hands of a psychopathic government. Couple that with the government’s burgeoning precrime programs, and anyone seen as opposing the government – whether they’re Left, Right or somewhere in between – becomes a potential extremist.

Q is for QUALIFIED IMMUNITY, which allows officers to walk away without paying a dime for their wrongdoing.

S is for the SURVEILLANCE STATE. On any given day, the average American going about his daily business will be monitored, surveilled, spied on and tracked in more than 20 different ways, by both government and corporate eyes and ears. 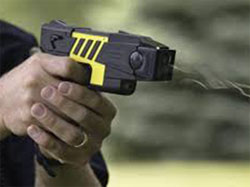 T is for TASERS and other nonlethal weapons, which enable police to aggress with the push of a button, making the potential for overblown confrontations over minor incidents much more likely.

U is for UNARMED CITIZENS SHOT BY POLICE. No longer is it unusual to hear about incidents in which police shoot unarmed individuals first and ask questions later, often attributed to a fear for their safety.

V is for VIPR SQUADS, which are tasked with carrying out so-called “soft target” security inspections whenever and wherever the government deems appropriate, at random times and places, and without needing the justification of a particular threat.

W is for WHOLE-BODY SCANNERS. Using either x-ray radiation or radio waves, scanning devices and government mobile units are being used not only to “see” through your clothes but to spy on you within the privacy of your home.

X is for X-KEYSCORE. One of the many spying programs carried out by the NSA that targets every person in the United States who uses a computer or phone. 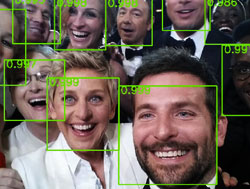 Y is for YOU-NESS. Facial recognition software promises to create a society in which you can be tracked based on your face, mannerisms, social media and “you-ness.”

Z is for ZERO TOLERANCE, in which young people are increasingly viewed as suspects and treated as criminals by school officials and law enforcement alike, often for engaging in little more than childish behavior. The lesson being taught to our youngest – and most impressionable – citizens is this: in the American police state, you’re either a prisoner (shackled, controlled, monitored, ordered about, limited in what you can do and say, your life not your own) or a prison bureaucrat (politician, police officer, judge, jailer, spy, profiteer, etc.).

In the post-9/11 America we live in today, the government does whatever it wants, freedom be damned.

The choices before us are straight-forward.

We can live in the past, dwell on what freedoms we used to enjoy and shrug helplessly at the destruction of our liberties.

We can immerse ourselves in the present, allowing ourselves to be utterly distracted by the glut of entertainment news and ever-changing headlines so that we fail to pay attention to or do anything about the government’s ongoing power-grabs.

We can hang our hopes on the future, believing against all odds that someone or something – whether it be a politician, a movement, or a religious savior – will save us from inevitable ruin. 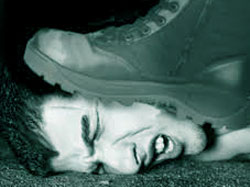 Or we can start right away by instituting changes at the local level, holding our government officials accountable to the rule of law and resurrecting the Constitution, recognizing that if we fail to do so and instead follow our current trajectory, the picture of the future will be closer to what George Orwell likened to “a boot stamping on a human face – forever.”