UN Staffer Warns that 5G is a ‘War on Humanity’ 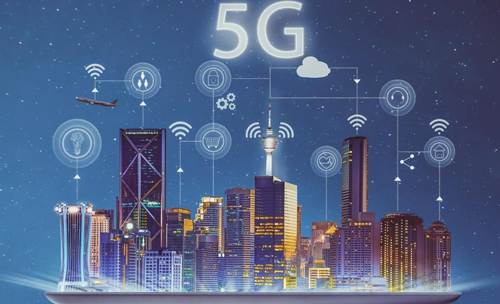 The first eight months of WWII with no fighting was called “The Phoney War”. Using millimetre waves as a fifth-generation or 5G wireless communications technology is a phoney war of another kind.
This phoney war is also silent, but this time shots are being fired – in the form of laser-like beams of electromagnetic radiation (EMR) from banks of thousands of tiny antennas – and almost no one in the firing line knows that they are being silently, seriously and irreparably injured.

In the first instance, 5G is likely to make people electro-hypersensitive (EHS). Perhaps it was sitting in front of two big computer screens for many of the 18 years I worked at the UN that made me EHS. When the UN Office at Vienna installed powerful WiFi and cellphone access points – designed to serve large, public areas – in narrow, metal-walled corridors throughout the Vienna International Centre in December 2015, I was ill continuously for seven months.

I did my best for two and a half years to alert the UN staff union, administration and medical service to the danger to the health of UN staff of EMR from these access points, but was ignored. That’s why, in May 2018, I took the issue to the UN Secretary-General, António Guterres. He is a physicist and electrical engineer and lectured on telecommunications signals early in his career, yet asserted that he knew nothing about this. He undertook to ask the World Health Organization to look into it, but seven months later those public access points remain in place. I received no replies to my many follow-up emails.

Having spent years editing UN documents dealing with space, I know that outer space is hotly contested geopolitically and any untoward event involving a military satellite risks triggering a catastrophic response. Space law is so inadequate – just one example is the complexity of space liability law – that we could really call the Earth orbits a new Wild West. China caused international consternation in 2007 when it demonstrated an anti-satellite weapon by destroying its own satellite. Space debris is the main concern among space-faring nations, with a so-called Kessler syndrome positing a cascade of space debris that could make the Earth orbits unusable for a thousand years. Does launching 20,000+ commercial 5G satellites in such circumstances sound rational to you?

I live in Vienna, Austria, where the 5G rollout is suddenly upon us. Within five weeks, pre-5G has been officially announced at Vienna airport and 5G at the Rathausplatz, the main square in Vienna, which attracts tens of thousands of visitors to its Christmas market each December and skating rink each January, which are special treats for children. Along with birds and insects, children are the most vulnerable to 5G depredation because of their little bodies.

Friends and acquaintances and their children in Vienna are already reporting the classic symptoms of EMR poisoning: nosebleeds, headaches, eye pains, chest pains, nausea, fatigue, vomiting, tinnitus, dizziness, flu-like symptoms, and cardiac pain. They also report a tight band around the head; pressure on the top of the head; short, stabbing pains around the body; and buzzing internal organs. Other biological effects such as tumours and dementia usually take longer to manifest, but in the case of 5G, which has never been tested for health or safety, who knows?

Seemingly overnight a forest of 5G infrastructure has sprouted in Austria. In the space of three weeks one friend has gone from robust health to fleeing this country, where she has lived for 30 years. Each person experiences EMR differently. For her, it was extreme torture so she and I spent her last two nights in Austria sleeping in the woods. Interestingly, as she drove across southern Germany, she suffered torture even worse than in Austria, while in northern Germany she had no symptoms at all and felt completely normal, which suggests that there has been as yet no 5G rollout there.

There are no legal limits on exposure to EMR. Conveniently for the telecommunications industry, there are only non-legally enforceable guidelines such as those produced by the grandly named International Commission on Non-Ionising Radiation Protection, which turns out to be like the Wizard of Oz, just a tiny little NGO in Germany that appoints its own members, none of whom is a medical doctor or environmental expert.

Like the Wizard of Oz, ICNIRP seems to have magical powers. Its prestidigitation makes non-thermal (non-heating) effects of EMR exposure disappear into thin air, for taking into account the tens of thousands of research studies demonstrating the biological effects of EMR would invalidate its so-called safety guidelines. It has bewitched the International Telecommunication Union, part of the UN family, into recognizing these guidelines. And one little email sent to ICNIRP in October 2018 to submit Professor Martin Pall’s comments on ICNIRP’s new draft guidelines conjured up an immediate explosion of interest in the sender’s online presence – which had hitherto attracted none – from companies and individuals worldwide, one country’s immigration authorities, the office of the Austrian Chancellor (head of government), a firm of lawyers in Vienna and even Interpol!

I hope that people read and share our Stop 5G Space Appeal to wake up themselves and others quickly and use it to take action themselves to stop 5G. Even eight short months of this 5G Phoney War could spell catastrophe for all life on Earth. Elon Musk is set to launch the first 4,425 5G satellites in June 2019 and “blanket” the Earth with 5G, in breach of countless international treaties. This could initiate the last great extinction, courtesy of the multi-trillion-US-dollar 5G, the biggest biological experiment and most heinous manifestation of hubris and greed in human history. 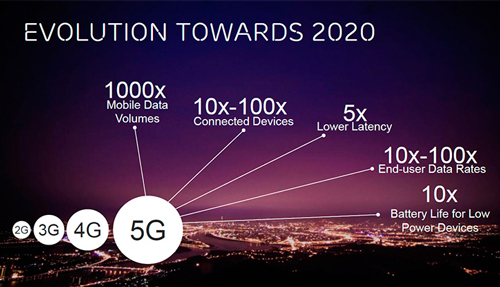 People’s first reaction to the idea that 5G may be an existential threat to all life on Earth is usually disbelief and/or cognitive dissonance. Once they examine the facts, however, their second reaction is often terror. We need to transcend this in order to see 5G as an opportunity to empower ourselves, take responsibility and take action. We may have already lost 80 per cent of our insects to EMR in the last 20 years. Our trees risk being cut down by the millions in order to ensure continuous 5G signalling for self-driving cars, buses and trains. Are we going to stand by and see ourselves and our children irradiated, our food systems decimated, our natural surroundings destroyed?

Our newspapers are now casually popularizing the meme that human extinction would be a good thing, but when the question becomes not rhetorical but real, when it’s your life, your child, your community, your environment that is under immediate threat, can you really subscribe to such a suggestion? If you don’t, please sign the Stop 5G Appeal and get active in contacting everyone you can think of who has the power to stop 5G, especially Elon Musk and the CEOs of all the other companies planning to launch 5G satellites. Life on Earth needs your help now.

The transcript of my exchange with the UN Secretary-General of May 14, 2018 follows.

UN staff have repeatedly been told that they are the most important resource of this Organization.

Since December 2015, the staff here at the Vienna International Centre have been exposed to off-the-scale electromagnetic radiation from WiFi and mobile phone boosters installed on very low ceilings throughout the buildings. Current public exposure levels are at least one quintillion times (that’s 18 zeros) above natural background radiation according to Professor Olle Johansson of the Karolinska Institute in Sweden.

The highly dangerous biological effects of EMFs have been documented by thousands of studies since 1932 indicating that we may be facing a global health catastrophe orders of magnitude worse than those caused by tobacco and asbestos.
Mr. Secretary-General, on the basis of the Precautionary Principle, I urge you to have these EMF-emitting devices removed immediately and to call a halt to any rollout of 5G at UN duty stations, because it is designed to deliver concentrated and focused electromagnetic radiation in excess of 100 times current levels in the same way as do directed energy weapons.

In line with the UN Guiding Principles on Business and Human Rights, to “Protect, Respect and Remedy”, 5G technologies MUST be subjected to an independent health and safety assessment before they are launched anywhere in the world.

There is currently an international appeal signed by 237 EMF scientists from 41 nations urging the UN and particularly the WHO to exert strong leadership in fostering the development of more protective EMF guidelines, encouraging precautionary measures, and educating the public about health risks, particularly risk to children and fetal development.

Mr. Secretary-General, we have a unique opportunity here at the UN Office at Vienna. Since our medical records are digitized, you have the possibility of releasing data on a closed population exposed to off-the-scale levels of electromagnetic radiation to establish if there have already been abnormal health consequences for the UN staff here in the last 28 months.

I urge you to do so and stop any 5G rollout in these buildings immediately.
Thank you.

UN Secretary-General: Sorry, because you are talking to someone who is a little bit ignorant on these things. You’re talking about the WiFi systems?

Staff member: On the ceilings of these buildings, WiFi boosters and cell phone boosters were installed without consultation, without information to staff in December 2015. Now, if you understand electromagnetic radiation, the signal is – if you cannot get a signal from your mobile phone, the signal goes to maximum strength and that then bounces off metal walls affecting the body multiple times at maximum exposure levels. So the situation here is extremely dangerous. I have heard anecdotally of many people who have had health problems. I don’t know if they are related but the Precautionary Principle would dictate that we use our medical records to look into this and that we remove these dangerous devices immediately. Thank you.

UN Secretary-General: Well, I’m worried because I put those devices in my house.

Staff member: Not a good idea!

UN Secretary-General: This I will have to – I confess my ignorance on this but I’m going to raise this with WHO [World Health Organization] – which I think is the organization that might be able to deal with it properly for them to put someone – their staff or organizations to work on that because I must confess I was not aware of that danger – to the extent that I put those things in the rooms of my house – in the ceiling.

Staff member: I would suggest that everybody start looking into this issue and particularly into 5G, which 237 scientists from 41 countries consider a threat that is far worse than the tobacco and asbestos threats of the past.

UN Secretary-General: Well, maybe I have learned something completely new. I hope it will be very useful to me, but I confess it is the first time I hear about it.