US Government Build Secret Base for ‘Human-eating Aliens’ 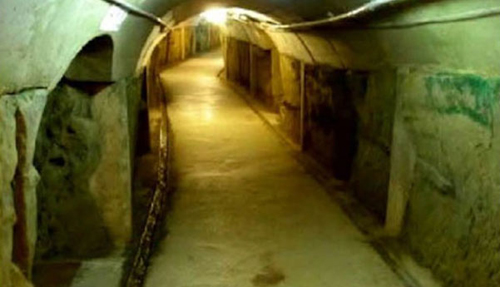 The U.S. government has declassified and released files proving that a top-secret base for “human-eating aliens” was constructed in New Mexico.
According to files published by the United States Department of Agriculture, the construction of an alien base in the Tonto National Forest was corroborated by the US Forest Service and witnessed by officials in the area who gave a detailed account of what they saw.

An email was sent by the department to all rangers on December 30, 2013, detailing the extraordinary encounter.

The email said: “David received a call this morning at the front desk from a male caller reporting the construction of a secret government installation upstream from the Salt River Canyon past Pinal Creek (Upstream from Roosevelt Lake).

Aliens and at least one detached head are involved.
Caller claims to have seen construction cranes coming out the side of the cliffs, miniature stealth planes and UFOs, aliens and people working together at the site, aliens eating humans.

He found a severed head and claims to have pictures of some of this stuff.
Caller reported that he is 60, not crazy and doesn’t do drugs.
He said he had already called the ‘office at the lake’, but he didn’t know if those people were turning the other cheek or maybe those people have been paid off.”

The records do not detail if any action was taken in response to the strange tip off, but the email added: “Please let me know if there are any talking points to be developed. I’m sure the Phoenix media will be all over this.
PS. David and I aren’t doing drugs either.”

There are longstanding claims by alien conspiracy theorists that there are aliens living here on Earth, and the governments know about it, but it is kept top secret from the public for fear of what would happen if they knew.
Bizarrely, this is not the first reference to there being a secret military/alien base in the Tonto National Forest.

George A. Filer is a former US Air Force Intelligence Officer, who claims aliens in UFOs were actually aiding the US during the Vietnam War.
He is now the director of the eastern section of the Mutual UFO Network (MUFON), based in the US, which is the world’s largest organization dedicated to UFO and alien investigation.

In a series of online reports known as Filer’s Files, a man called Scott Heckman spoke of a base in the national forest, where scores of people have also “gone missing”.

He wrote: “The most major base that I have been able to follow the craft towards is located in the Tonto National Forest.
I discovered this while camping in the Sierra Ancha Wilderness.

The UFOs kept flying down into the basin two minutes apart. They flew low, out of the southeast at about two thousand feet above the terrain.
During the daytime A-10s use the area for training. Re-fueling practice also occurs here both day and night.

These areas have also been plagued with several unexplained disappearances that have occurred in Cochise County over the last 30 years.
Cars are abandoned with people’s ID; money and keys left behind.

Their occupants are mysteriously missing, never to be seen again.”

Some of the more outlandish conspiracy theories include that more superior aliens arrived on Earth, but a deal was struck with them to prevent them wiping us out.
In short, they were allegedly given secret bases to live in with a supply of humans to eat and experiment on. In return for this, the US Government was given flying saucer technology, it is claimed.

There appears to be no evidence for the shocking claims other than people who claim to have escaped from a base, and the stories being repeated on conspiracy forums.

Alleged bases include a huge underground one beneath Dulce, New Mexico, about 250 miles from the Tonto National Forest, a base for a species of aliens known as “Tall Whites” within the Nellis Air Force base in Nevada, and also an alien/military base at the top secret Area 51 US Air Force site also in Nevada. 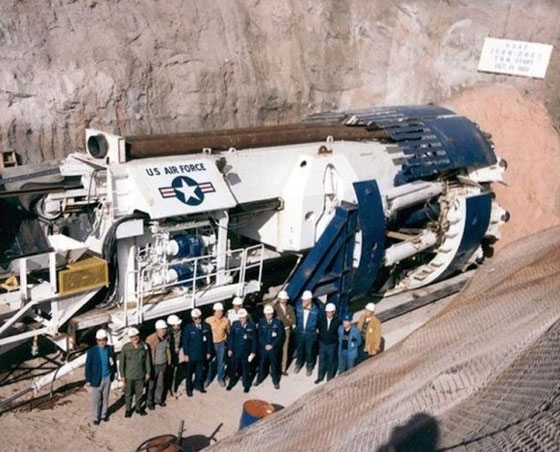 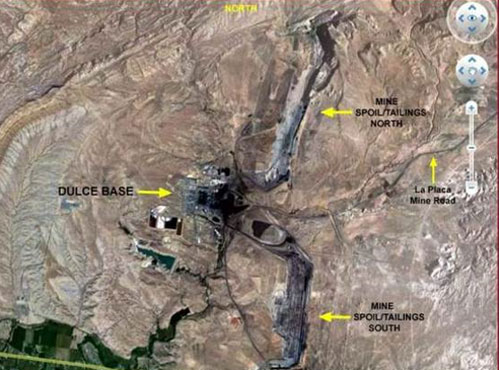 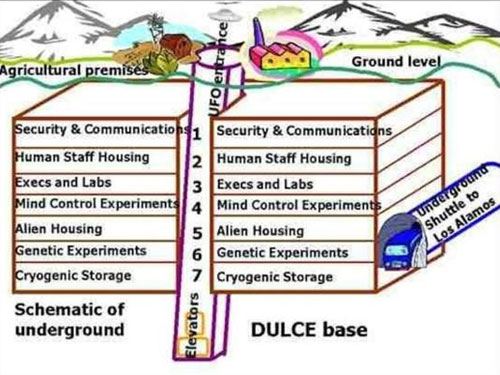 Scott C. Waring is a firm believer in the conspiracy theories, and said on his ufosightingsdaily.com blog: “Just on the outskirts of Las Vegas is Nellis Air Force Base, which has a Tall Whites Base near the old firing range area.

It’s a huge base taking up 1,350 square miles! Enough for a small country.
So why would the Air Force need such a large area of land? Because they gave some of it to aliens to build underground bases, but sometimes they are outside going for a walk, so the USAF gives them their own space so they don’t accidentally encounter a person and kill them.

Tall Whites like killing, it’s in their DNA, they are aggressive even with US soldiers.”