US Meddling in Foreign Elections: A CIA Tradition Since 1948

In a shocking display of relative independence from the post-Operation Mockingbird control of the media by the Central Intelligence Agency, an article in The New York Times broke with current conventional pack journalism and covered the long history of CIA meddling in foreign elections. The February 17, 2018 article titled Russia Isn’t the Only One Meddling in Elections. We Do It, Too authored by Scott Shane – who covered the perestroika and glasnost for The Baltimore Sun in Moscow from 1988 to 1991 during the final few years of the Soviet Union – reported the US has interfered in foreign elections for decades. However, a couple of old US intelligence hands were quoted in the article as saying the US meddling was for altruistic purposes. The CIA veterans charged that Russia interferes in foreign elections for purely malevolent purposes. The belief that American interference in global elections was to promote liberal democracy could not be further from the truth. 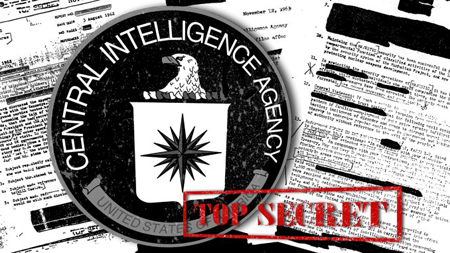 The CIA never meddled in foreign elections for purposes of extending democratic traditions to other nations. The chief purpose was to disenfranchise leftist and progressive voters and political parties, ensure the veneer of “democracy” in totalitarian countries, and protect the interests of the US military bases and US multinational corporations.
In double-talk that is reminiscent of the Cold War years, the CIA considers its election interference to fall under the category of “influence operations”, while the same agency accuses Russia of “election meddling”. There is no difference between the two categories. Election interference represents intelligence service “tradecraft” and it has been practiced by many intelligence agencies, including those of Israel, France, Britain, China, India, and others.

On the rare occasions when the CIA’s efforts to rig an election failed – as they did in Guatemala in 1950 and Chile in 1970 – the agency simply organized bloody military coups to replace with military juntas the democratically-elected presidents who defeated CIA-supported candidates at the polls.
In 1954, the CIA’s Operation PBSUCCESS overthrew the Guatemalan government of President Jacobo Arbenz, who was elected in 1950 on a platform of agrarian reform that would improve the lives of Guatemala’s peasants, many of whom suffered under the indentured servitude of the US-owned United Fruit Company. United Fruit maintained industrial-level plantations across the country. Working with the CIA, United Fruit did its best to ensure defeat for Arbenz in the 1950 election. When that tactic failed, United Fruit, the CIA, and US Secretary of State John Foster Dulles devised a plan to overthrow Arbenz in a military coup. Guatemala became a stereotypical American-influenced “banana republic”.

The Chilean junta that replaced Socialist President Salvador Allende, who was elected in 1970 despite massive CIA interference, transformed Chile into a testbed for the vulture capitalism devised by the “Chicago Boys” – a group of Chilean economists who studied under the neo-conservative economist Milton Friedman at the University of Chicago. Friedman called the massive free market laissez-faire policies instituted by the regime of General Augusto Pinochet the “Miracle of Chile”. The economic policies, which a US Senate Intelligence Committee investigation concluded were crafted with the help of the CIA, saw the elimination of trade tariffs, the mass sell-off of state-owned enterprises, cutting of taxes, privatization of the state-run pension system, and de-regulation of industry. 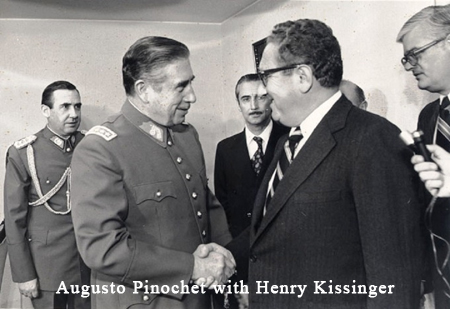 In 1990, CIA election meddling in Nicaragua ensured a win for the opposition over the ruling Sandinista-led government. This type of meddling was repeated in the 2000 Serbian election, which saw President Slobodan Milosevic ejected from power. The ouster of Milosevic saw the first demonstrated cooperation in election meddling between the CIA and international fund tycoon George Soros’s Open Society Institute cadres. In 2009, the CIA attempted to defeat Afghan President Hamid Karzai for re-election. Although Karzai was re-elected, he bitterly complained about the CIA’s interference in the election.

NBC constantly features as a contributing expert on Russia the former US ambassador to Moscow, Michael McFaul. However, McFaul never mentions how he funneled CIA cash – some $6.8 million in total – via the National Endowment for Democracy (NED) and its two branches, the International Republican Institute of the Republican Party and the National Democratic Institute of the Democratic Party, to Russian opposition leaders like Aleksei Navalny. Nor does the US media mention that the CIA and State Department funneled some $5 billion into Ukraine in order to bring about a pro-US government in that country.
McFaul hosted Russian opposition party meetings at the US embassy and ignored warnings that Navalny’s coalition included several neo-Nazi nationalists, who oppose immigrants hailing from south of the Russian border. Although he has been called by some Western journalists the „Russian Erin Brokovich” (an American environmental activist), better documented people say Navalny is more like the „Russian David Duke” (Duke is the former leader of the American racist group, the Ku Klux Klan).

Declassified CIA files are replete with examples of agency interference in foreign elections, including state elections in India and West Germany and provincial elections in Australia, Canada, and Japan. In the 1950s, the CIA provided massive support to the West German Christian Democrats, which were led by Chancellor Konrad Adenauer. The CIA also did its best to suppress support for the West German Social Democrats and the far-right nationalist German Party in Berlin, Hesse, and Bavaria. 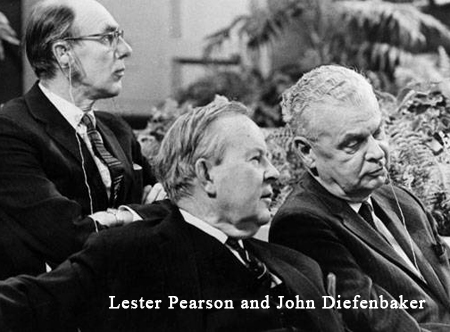 The CIA did everything possible to defeat for re-election the New Zealand Labor Party government of Prime Minister David Lange. The CIA provided propaganda support to the opposition National Party, which was opposed to Lange’s policy of denying entry to New Zealand waters of US nuclear-armed and nuclear-powered warships. The CIA ensured that pro-American media in New Zealand harped on about New Zealand record-high 6 percent unemployment, the nation’s foreign debt being half of its gross domestic product, and $1 billion budget deficit. The CIA also attempted to suppress traditional Maori support for Labor in the August 15, 1987 election, a cynical use of race-based politics to alter an election outcome.

Between 1965 and 1967, the CIA station in Brazil, working in conjunction with the AFL/CIO union in the United States and its international arm, the American Institute of Free Labor Development (AIFLD), were discovered to be interfering in union elections in Brazil. The Sao Paulo office of the AIFLD, which was nothing more than a CIA front, made cash payments to Brazilian officials to corrupt union elections in the Brazilian petroleum sector. An itemized list of CIA bribes to Brazilian officials was discovered by a Sao Paulo union official: “Bonus to Jose Abud for collaboration – $156.25; Special payment to Dt. Jorge M. Filho of Labor Ministry – $875.00; Trip for Mr. Glaimbore Guimasaes, our informer at Fegundes St. – $56.25; Photocopies of books and documents of Petroleum Federation – $100.00; Assistance to Guedes and Eufrasio to defeat Luis Furtado of the Suzano Union – $140.64”. 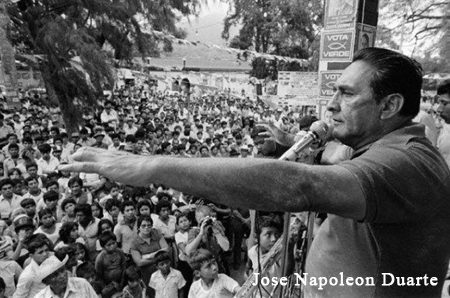 A CIA memo dated October 3, 1955, describes CIA support for the pro-Western Masjumi Party in the Indonesian election, the nation’s first since independence. CIA director Allen Dulles appeared to be hopeful about the chances of a Masjumi victory due to Indonesia’s “large percentage of illiterates”. In the 1984 El Salvador presidential election, the CIA supported Christian Democrat Jose Napoleon Duarte over the more extreme-right winger, Roberto d’Aubisson. Republican US Senator Jesse Helms of North Carolina charged that the CIA “meddled” in the election on behalf of Duarte. It was even discovered that the “invisible ink” used on the fingers of those who had voted was supplied from the CIA.

If the United States truly wants to halt foreign interference in elections, it must be the first to advocate and adhere to such a policy. Just as with the nuclear test-ban treaty, the convention to abolish biological and chemical weapons, and the treaty to prohibit weapons in outer space, the United States should call for an international treaty to ban election interference in all of its forms – the use of cyber-attacks, propaganda, social media manipulation, and funding of foreign political parties. Without such a commitment, US protestations about election meddling will continue to be a case of “do as I say, not as I do”.