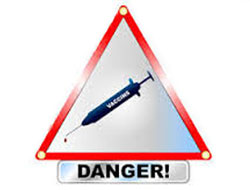 It is still generally assumed that the safety and effectiveness of vaccines have been thoroughly established through decades of scientific research and comparison between varying people groups. But the truth of the matter is that vaccine statistics, while they might sound nice on the surface, are fundamentally flawed, and the rate of adverse events from vaccination is likely much higher than we’ve all been led to believe.

One such underestimated adverse event is Guillain-Barre syndrome, or GBS, a severe autoimmune condition marked by major nerve damage and, in some severe cases, even paralysis. GBS is said to be extremely rare, occurring in only one out of every 1 million vaccinated individuals, a rate so low, claim many doctors, that its likelihood to occur in those recently vaccinated matches that of the general population at large.

But this little factoid is not actually backed by science, suggests a prominent New York pediatrician by the name of Dr. Lawrence B. Palevsky. As relayed by VacTruth.com, recent statements made by Dr. Palevsky highlight the general lack of accurate reporting on vaccine adverse events, not to mention the skewed way in which existing safety studies fail to properly assess their risk of occurrence. 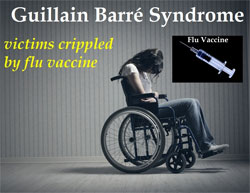 One of the biggest problems, he says, is how data is compiled on vaccine adverse events. The recently vaccinated are typically only monitored for just a few days or weeks, which is hardly enough time to detect the presence of autoimmune diseases like GBS that often take several years to emerge. The comparison group, also known as the “background rate”, is also erroneous, as most people in the general population have been vaccinated at some point throughout their lives.

By comparing the rate of adverse events among those recently vaccinated to those who were also vaccinated, but at an earlier date, statisticians are able to make the claim that adverse events like GBS are rare in conjunction with vaccines. But if a true comparison were made between those vaccinated and those not vaccinated, and over a much longer evaluation period, the results would be striking.

“In this type of study design, the investigators are studying a group of vaccinated people and comparing the data to a background population of people just like them, who are also vaccinated”, explained Dr. Palevsky.

But the vaccine industry refuses to conduct this type of honest research, as it knows the results will be unfavorable to its interests. So it fights tooth and nail in the courts to block it from ever occurring, effectively pulling the wool over the eyes of the public and perpetuating the lie that vaccine adverse events are rare and nothing to worry about. 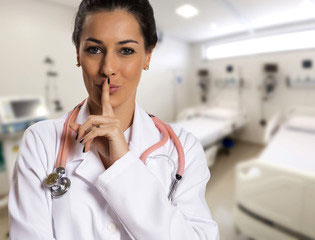 The other problem is that conventional doctors are at a disincentive to report adverse events to the government. Besides the fact that most of them have been trained to look only for acute reactions to vaccines rather than long-term damage, it is simply not in their best interests to ever admit that a vaccine they recommended may have caused harm to a patient, even when it obviously did.

“There is minimal incentive for doctors to report [adverse events] because it takes time and work”, Sandy Lunoe wrote for VacTruth.com. “Doctors may fear being contacted by the manufacturer… [and it] may be unpleasant for doctors to admit to patients that a vaccine which was recommended was the cause of the condition.”