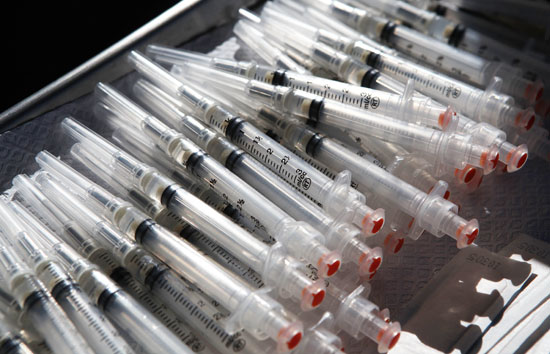 As an author, presenter, editor, and careful reader of research and public policy, I have been concerned for several years about potentially false attribution of efficacy to vaccines during public health campaigns and major infrastructure investments that concurrently provided access to education, improved sanitation, improved diet (alongside immune-enhancing nutritional supplementation, most commonly with vitamins A and D, zinc, and iron), relocations of millions of people along with changes in their living and working circumstances (which would be expected to change infectious disease patterns, e.g., relocating people away from farms obviously reduces their exposure to Clostridium tetani [the anaerobic bacillus of tetanus] which is found primarily in soil contaminated by fecal material from [especially ruminant] animals such as cattle, sheep, and goats).

With the April 2019 publication of several very unusual articles stemming from the British Medical Journal (BMJ), the time arrived to explore some of these concerns in a structured and public format.

A legitimate concern is that science and public opinion are being inappropriately manipulated to favor a pharmaceutical/vaccination paradigm while lower cost, more widely available, safer and more efficacious nutritional interventions are being sidelined or intentionally ignored. In the current instance, overzealous endorsement and praise was given to a pharmaceutical intervention while a nationwide nutritional supplementation program supported by double-blind placebo-controlled trials was completely – and perhaps intentionally and strategically – ignored, then blocked by the journal from further discussion.

With review of their website I found that The Guardian has published an impressive number of pro-vaccine articles devoid of critical thought or balanced analysis, including ‘Cervical cancer could be eliminated in most countries by 2100 – Millions of cases could be prevented with high HPV vaccine and screening coverage’ (20 Feb 2019), ‘Teenage boys to be vaccinated against cancer-causing HPV: Inoculation program will be expanded to cover 12- and 13-year-old boys in England’ (24 Jul 2018), ‘Boys should get HPV jab to protect against cancer, health advisers say: Ministers urged to take swift action to extend immunization under a gender-neutral program’ (18 Jul 2018), ‘Cervical cancer deaths in over-50s predicted to rise sharply in England – Rates of diagnoses and death set to rise in women not vaccinated against HPV, but likely to be almost eradicated in younger women’ (19 Dec 2017), and ‘HPV vaccination should be extended to gay men’ (12 Jun 2012).

One could hardly envision a more pro-drug publication, regularly producing ‘news articles’ that function as infomercials, glorifying any real or imagined benefits of drugs while making zero or minimal mention of any adverse effects, or refuting adverse effects, but without sufficient substantiation, as in ‘Cervical cancer vaccination ‘most unlikely’ to have caused girl’s death’ (29 Sep 2009).

Likewise, the BMJ article was re-reported and exalted throughout print and video media in the United States by outlets such as Fox News’ ‘UK’s HPV vaccination program ‘dramatically’ reduces risk of cervical cancer’ and the physician-oriented Medscape.

Such articles obviously serve to direct public and political opinion in favor of medicalization to the delight of the pharmaceutical and mainstream medical industries; the combined reach of the original articles and their echo-chamber derivatives is certainly in the tens of millions if not hundreds of millions of people.

With regard to the recent article, the imbalanced praise and absence of rational concerns published in favor of the vaccine appeared quite biased; I soon accessed the original research, as discussed below.

BMJ’s landmark publications in erroneous conclusions: Anyone who has studied research design is aware of different types of clinical investigations and the limitations inherent in each. The ‘gold standard’ of clinical research has been the randomized double-blind placebo-controlled clinical trial, preferably with a large population-representative cohort, preferably with a cross-over design if practical depending on the logistics of the intervention.

In any placebo-controlled trial, the placebo needs to be an inert substance, not – as is common with pharmaceutical and especially vaccine studies – a mislabeled ‘placebo’ capable of causing harm and therefore reducing and obfuscating the relative risk (RR) compared to the active/test agent.

Science is corrupted when unscrupulous researchers use active agents misbranded as ‘placebos’ in order to make a given intervention look comparatively safe and effective (when compared against a harmful placebo, such as the recent studies using high-cost high-dose prescription fish oil against a false placebo of petroleum mineral oil) or comparatively dangerous or ineffective (when compared against a safe and therapeutically active placebo, such as the recent reviews comparing low-dose fish oil against low-dose olive oil, both of which are antiinflammatory and cardioprotective). 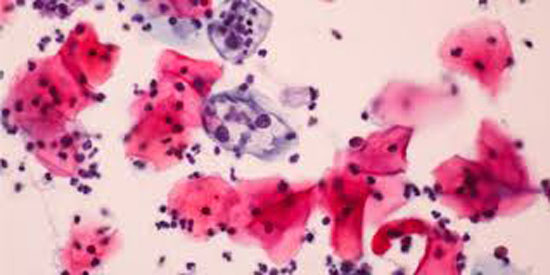 Thus, the strategic use of inappropriate placebos and/or the intentional ignoring of confounding variables (such as population-wide health campaigns) serves to glorify the preselected pharmaceutical victor while providing the necessary ‘evidence of effectiveness’ and justification for widespread implementation and multimillion $/£/ € purchase. To the extent that such publications obfuscate the data and minimize appreciation of effective nutritional interventions, doctors and patients are inappropriately corralled into drug dependency while nutritional interventions with lower cost, wider availability, greater safety and efficacy – along with the numerous collateral benefits typically seen with nutritional supplementation – are withheld from general consideration.

As detailed below, BMJ published a retrospective population-wide study that impossibly ascribed efficacy (by design, such studies cannot determine efficacy) to the HPV vaccine while ignoring the time-synchronized national public health campaign to improve vitamin D nutriture, whereas the latter has numerous lines of evidence supporting its clinically important efficacy against various types of HPV infection.

Dr Vasquez replies with two ‘rapid responses’ posted on BMJ.com: To its credit, BMJ has a ‘rapid response’ system that allows readers to publicly respond to articles and occasionally receive replies from the original authors; from the rapid responses posted, the journal’s Editors supposedly choose from among the responses those few deemed worthy of publication in the print and indexed version of the journal, as they did with my 2005 reply to an article that misused vitamin D in a clinical trial and then erroneously reported that vitamin D was inefficacious.

For the April 2019 BMJ publications, my first rapid response received no reply; the following two rewritten responses, both of which were posted on BMJ.com in response to the editorial and the original research, are contextualized and provided below. The complete texts of these replies are included here both for the convenience of readers and to also document these posted responses in the event that – as is common these days – the editors delete any legitimate questioning of the high-profit vaccine paradigm.

At the time of this writing (July 2019), my replies are posted online at ‘Scotland’s public health programs and trends improving nutritional status should be considered when discussing HPV trends’ (https://www.bmj.com/content/365/bmj.l1375/rr-4 and externally archived at https://www.academia.edu/39207517) and ‘Scotland’s public health campaigns to improve vitamin D nutriture occurred within the same timeframe as HPV vaccination’ (13 April 2019, https://www.bmj.com/content/365/bmj.l1161/rr-8, externally archived at https://www.academia.edu/39201317).

The editorial posted by the BMJ to accompany and contextualize the original research was unusual in several aspects. First, the editorial is described as ‘commissioned’ which implies that the journal paid the author to write the piece, presumably – as noted by former BMJ Editor Richard Smith -to sell reprints to the pharmaceutical industry and/ or governmental and other pro-vaccine groups as ‘proof’ in order to convince people to accept this intervention as valid and thereby promote sales and the resulting profit and political power; as such, their editorial functions as an infomercial and advertisement for vaccine sales.

Second, and consistent with the view that the editorial is simply a publicity piece, the journal specifically notes that the editorial was ‘not peer-reviewed’ which is remarkable considering that most people think that all articles in the so-called ‘top tier’ and ‘big five’ medical journals are legitimately processed and refereed prior to publication and indexing in Medline’s Pubmed.

Third, I noticed that the disclosure as posted ‘The BMJ has judged that there are no disqualifying financial ties to commercial companies. The authors declare the following other interests: JMLB’s employer has received partial, unrestricted support (in the form of equipment) to conduct a randomised trial of primary HPV screening from Roche Molecular Systems’ makes zero mention of the author’s research supported by Merck, makers of the HPV vaccination being discussed, revealed elsewhere as ‘JMLB has been an investigator on HPV epidemiology studies that received partial, unrestricted funding from Seqirus/Merck for laboratory components’ (Int J Gynecol Obstet 2017; 138 (Suppl. 1): 7-14 DOI: 10.1002/ ijgo.12186) and ‘JMLB has been an investigator in HPV epidemiological studies that have received partial unrestricted grants to support HPV typing components (cervical cancer typing study from Seqirus Australia, recurrent respiratory papillomatosis study from Merck Sharp and Dohme) and is an investigator on the Compass trial, which has received equipment and funding from Roche Molecular Systems and Roche Tissue Diagnostics, but JMLB reports no personal financial benefits’ (The Lancet, 2019 February thelancet.com/ public-health Vol 4;e87). 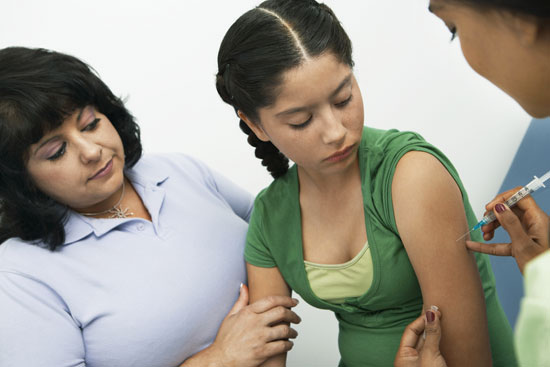 Fourth, Brotherton’s editorial is scientifically untenable, giving outlandish praise and stretching the boundaries of biological plausibility in support of the HPV vaccination advocated by the pro-vaccination group for which she works (Victorian Cytology Service [VCS] Foundation).
She states that the results ‘unequivocally show high vaccine effectiveness’ despite the fact that they completely ignored Scotland’s concurrent nationwide programs to improve vitamin D status, including giving free vitamin D supplements and advocating sunbathing.

Fifth, everyone associated with this publication appears to have ignored the fact that retrospective population-wide studies cannot establish causality as can double-blind placebo-controlled trials but at best can establish temporal relationships, but only if all impactful factors are considered, which was obviously not done with this primary publication nor its glorifying editorial.

Sixth, consistent with my model of the pharmaceutical echo chamber and the financial matrimony binding media with drug companies, international newspapers and other media trumpeted to the world the glory of this vaccine, failing to mention any risks, qualifications, other scientific interpretations and therapeutic possibilities.

Seventh, the scientifically responsible action that the BMJ could have taken is to issue a public statement clarifying the appropriate interpretation of its published research and reigning in this unscientific hysteria; but the BMJ has failed to do so.