Jeffrey Epstein has actually been arrested. Indictments have been unsealed. This is the case that will bring down the House of Cards. 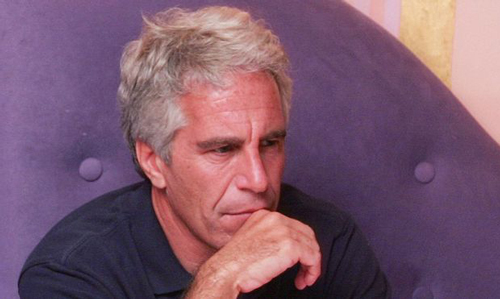 (A little more than a month after his arrest, Epstein was found dead, in his cell, on 10th of August. e.n.)

Everything we just prognosticated in DECLAS is coming true. Big Tech knew this was coming, and has grossly restricted freedom of speech online as a result.

What independent YouTube creator WOULDN’T want to talk about the biggest story of the year, which may soon become the story of the millennium?

The California Independence Day earthquakes may have been strikes intended to take out the Deep State’s last, best chemtrail-attack facilities, as we will see. The Deep State may have intended to use the facilities in a final attempt to destroy America right before the indictments unseal.

Mass censorship won’t stop this Truth Avalanche from falling. We are just now seeing the first pebbles… and we probably won’t need to wait very long.

Very exciting, had to take some time off for this

Once I got our epic, 53,000-word DECLAS Ebook done, I immediately plunged into finishing Awakening in the Dream, for its imminent release this December 3rd. And I have to say, I am having a fantastic time with this creative process. A true spiritual renaissance. The best I’ve felt in many years! Awakening has gone much better than I could have even hoped, and will probably be seen as my most important and noteworthy book of all.

We are going FAR deeper into the spiritual arena than any of the previous volumes, blending science, philosophy, synchronicity, prophecy, the Law of One, Ascension, Secret Space Program, Disclosure, the Solar Flash, etc… but alas, I digress.

We need to clear about a thousand more to make it likely that we will hit the list, unless we get suppressed… so this is a great way to help us out. And it will be well worth it!

On 9/11, my father refused to go home until he had finished the article he was writing, regardless of what disasters may have been happening to New York State and the United States right outside his door.

In a mode like this, where I have cleared 100 percent of my time to write and am on a very strict deadline and solo retreat, any breaking news would have to be amazing for me to cover it. This is that breaking news, my friend.

Texts, emails and you name it came slamming in. This is real. This is happening. This is NOW.

Are the earthquarkes at all relevant? 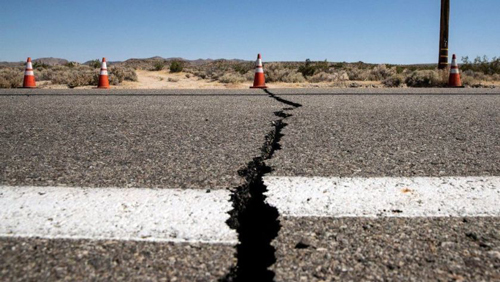 This was only ONE day after the second, very disturbing Los Angeles earthquake that I endured while deeply engaged in this mystical writing process. Both the first and the second quakes were not at all random for me. Some part of me was very aware of what was going to happen. That doesn’t change the fact that both of them really freaked me out, and particularly the second one, which felt a lot more violent.

The July 4th quake happened just one paragraph after I wrote about the earth being dynamited and the ground shaking in Rosendale, New York. This was where I lived when the contacts described in the book began in 1996. These dynamite explosions were used to mine the cement that launched the Industrial Revolution. Rosendale was the “Womb of America.”

This was such a powerful synchronicity that I wrote it right into the book after it happened, in what is currently Chapter Six, page 127.

The second quake occurred on my mother’s birthday, the next day, July 5th.
I had severe eyestrain and had decided to lie in bed and meditate deeply after dinner. This was very abnormal behavior for me. A dog had been going super crazy outside for at least ten minutes, shrieking like a pack of coyotes. Then it finally stopped. In relief, I decided to lie down and rest.

Just five minutes after I got comfortable and began a deep meditation, IT began. I actually heard the shockwave before feeling it, which was extremely intense. The sound was like a huge roar, similar to a massive bowling ball in a lane, heading due south. It appeared to be going about 1000 miles an hour. It was so fast.

At the moment this very fast sound hit the house, WHOMP – a painting in my bathroom slammed against the wall. OK, that was definitely real. Uh-oh. About four seconds later, everything started shaking like mad. I quickly realized this was not a meditative experience, but was very, very real. It kept getting worse. And before long I got out of there.

Let’s be clear that for someone living in Los Angeles, having a smaller quake and then a larger quake 24 hours later is very, very troubling. As I was lying there on my bed, and it kept getting worse and worse, I didn’t know at first if I was about to die. That is a very humbling experience.

That same morning, I had a dream about being on the top of a building that completely fell over. I was able to just step off of the roof onto the pavement safely. And I was indeed safe in this real-world quake.

I found out later on that a prominent friend of mine had texted me one minute before the quake began, for the first time since January. In a subsequent text from late that same night, he revealed that he had just finished watching an episode of my show about how our consciousness influences earthquakes. He had texted me to talk about my show, at 8:18 PM. Just one minute later, that’s when the second quake happened. Hopefully I can get his permission in the future to discuss this story in more detail. We will see. It was mind- blowing! 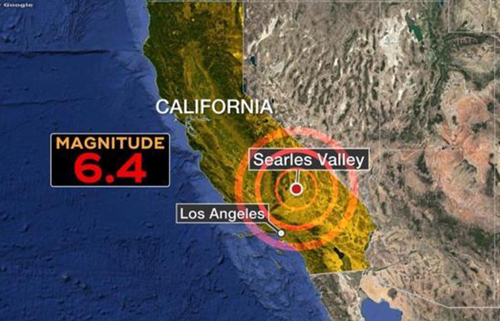 The first quake was suspicious enough. It was a whopping 6.4, the biggest in Southern California since Northridge in 1994 – 25 years – and it literally happened on Independence Day. This is the day in which America celebrates her freedom. It is the ideal day for the Alliance to do something that will later be noteworthy.

Once you have the classified information in hand, you no longer see all earthquakes as simply “natural events.” The technology most definitely exists to produce earthquakes. It involves microwaving a fault line and melting the crust until it slips. Some, but certainly not all of the earthquakes in today’s world will be deliberately generated. So, when we see the biggest shaking in Los Angeles for 25 years, and it lands right on July 4th, that certainly becomes… interesting.

What if it was the alliance?

One possible speculation is that this quake was an Alliance strike against a massive above-ground and likely underground base in the China Lake area. We have heard about many other quakes that were visible indications of attacks against underground military facilities engaged in nefarious activities.

If you are new to this aspect of our work, start out with Disclosure Imminent? Two Underground NWO Bases Destroyedfrom September 17, 2011, currently with over a million views.
Then click the following links to read Part Two, and then Divine Intervention from May 9, 2012, for critical additional context and data.

A very special day to end the war

It would certainly be appropriate and timely if the final strike that won the insider war against the Deep State was carried out on Independence Day. This, of course, is the day where we celebrate America’s freedom from tyranny here in the US.

The Alliance may intend to tell us all of this in a post-Disclosure society, making the news all the more interesting once we get there.

It is also possible that the second, larger 7.1 quake the next day, on Friday the 5th, may have been needed to finish the job. The initial July 4th strike may not have adequately solved the problem by wiping out the China Lake bases, if that’s indeed what was intended. There have apparently been many strikes like these that have destroyed various underground bases in this “shadow World War III.”

The epicenter of the second quake was only 12 miles away from the first one. China Lake’s own site says the combination of these two quakes wiped out their facilities.

The correlation is undeniable

Even on the surface, we know that great destruction was done to this GIGANTIC Naval Air Weapons installation at China Lake. How gigantic? Bigger than the state of Rhode Island. Fully 85 percent of the Navy’s entire testing area for weapons systems on land!

We will have a quote that proves this in the next paragraph section below.

As many insiders have revealed, underground bases almost always have a physical location on the surface that some personnel access them through.

With a base this gigantic, there would be absolutely no way for civilians to know where all those soldiers are actually working.

Now let’s read about the destruction of the base 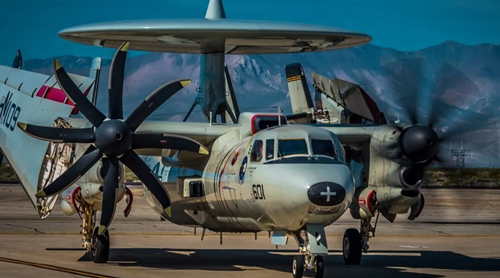 Although the Navy has a significant majority of Alliance components, nothing in today’s world is 100 percent. We are about to see that whistleblowers have already indicated that at least parts of this base were up to no good. Before we get there, it is very important for you to see just how massive the damage was to this utterly gigantic military base from these two earthquakes.

The Navy’s massive base in China Lake, California, has ordered an evacuation for non-essential personnel after recent earthquakes have rendered the installation “not mission capable,” a message posted on the base’s Facebook page says.

“NAWS China Lake is not mission capable until further notice; however, security protocols remain in effect. Safety of personnel is currently the highest priority.”

Base personnel who are evacuating can receive more information by calling a Family Information Call Center at 1- 844-523-2025.

Located in the Mojave Desert about 150 miles north of Los Angeles, the sprawling installation covers more than 1.1 million acres, which is larger than the state of Rhode Island, according to the base’s website. The installation contains 85 percent of the land that the Navy uses for the research, development, acquisition, testing, and evaluation of weapons systems.

It is very compelling to speculate

We have no briefings one way or another on this yet, but the correlation and timing of these events is very compelling, if not obvious.

Look. It’s very simple. These quakes destroyed a gigantic military base. No one can stay there except for “Mission Essential Personnel” to assess the damage.

It is entirely possible that the Deep State was preparing some devastating, final attack against America from this China Lake base. Think about it… this is one of the main military centers in America for air-based weapons, and that’s just the unclassified part. The more-classified part is that this facility may have been a key center for chemtrail operations. Yes.