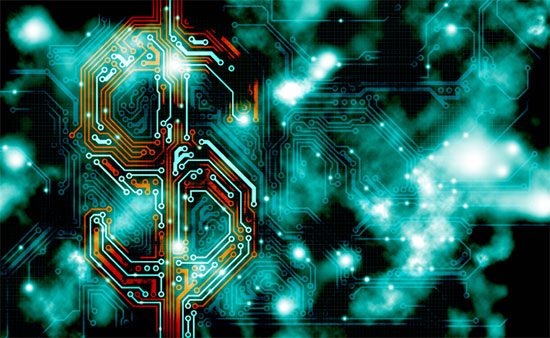 A war on cash has surreptitiously and duplicitously come to pass, as Big Banks and Big Credit attempt to convince their millions of oft-captive customers to make the leap away from currency and into plastic – a surefire means of gaining access to more of your funds through repressive policies and monstrous fees.

Writing a check as payment has been difficult for years, but the move away from currency to digitally-tracked plastic and online pay options has recently taken off – despite reluctance from customers and smaller businesses already wary of being bilked by guileless banks and slithery credit institutions.

Given the sizable snub to the cashless utopia, touted as such by those who stand to profit handily, some credit card companies have opted to amplify pressure on merchants.

The Wall Street Journal reports:
“Visa Inc. has a new offer for small merchants: take thousands of dollars from the card giant to upgrade their payment technology. In return, the businesses must stop accepting cash.

The company unveiled the initiative as part of a broader effort to steer Americans away from using old-fashioned paper money. Visa says it is planning to give $10,000 apiece to up to 50 restaurants and food vendors to pay for their technology and marketing costs, as long as the businesses pledge to start what Visa executive Jack Forestell calls a ‘journey to cashless’.”

That relatively marginal incentive to businesses – from a company incidentally reaping billions each year in interest rates and an interminable list of astronomical fees – reeks of both insult and disingenuity.

Businesses will generally choose the simplicity of cash and convenience for customers over unnecessarily meticulous tracking inherent to cashless transactions – which, additionally, don’t pass the litmus test of their advertised speed and ease.
And then there’s that whole “Big Credit needs profit, too!” factor.

As the Journal continues, “many merchants prefer cash because they don’t have to share the revenue with card companies. Credit-card interchange fees, which networks like Visa set and that merchants pay to the banks that issue their cards, are on average around 2% of the transaction amount, according to the National Retail Federation, the largest trade group that represents merchants in the U.S.”

And, considering the tether around the neck a cashless society comprises for the vast, paycheck-to-paycheck majority – who are, of course, already drowning in debt – making transactions as anonymously as possible means less governmental scrutiny.
Indeed, that Big Credit, Big Banks, and Big Brother gleefully join hands to track our every expenditure is itself one of the most prominent arguments for the Little Guys – merchants and customers, alike – to resist the gilded façade of convenience masking darker profit and surveillance motives.

So thick has been the pro-cashless propaganda, a surprising number of people believe merchants harbor disdain for physical currency – but that couldn’t be further from the truth.

“The idea that merchants don’t want to accept cash is a myth,” Mallory Duncan, Senior Vice President and General Counsel at the National Retail Federation, flatly told the Journal.

Further, as Wall Street Journal readers and others have pointed out, hard currency is considered “legal tender for all debts, public and private” – the push by Visa and its ilk away from cash, entirely, stands a snowball’s chance in Hell, should it face a court challenge.

No matter how many seconds time payment apps and cashless transactions save, if any, forking over your right to anonymous, voluntary exchanges in currency would be a tragic and sweeping capitulation to the corporate plutocracy – and the plausible nascence of a more literal wage slavery.

Can’t Sleep? Try Sleeping On The Floor (And Other Sleep Hacks)