Was Stanley Kubrick Telling Us Something With His 1999 Film ‘Eyes Wide Shut’?


Eyes Wide Shut was a controversial film that was screened just days before Stanley Kubrick’s untimely death. The film is full of symbolism, showing an elite party that is eerily similar to photos that surfaced from a real elite masquerade party.
Did Kubrick know too much? What was he trying to tell us with this film? Could this have been the real cause of his death? 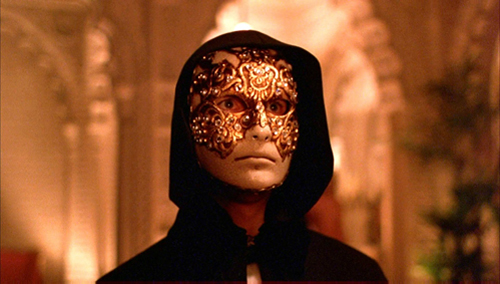 Kubrick was viewed by many as one of the greatest filmmakers of our time, his films were often viewed as masterpieces and works of art. Perhaps most well-known for his films 2001: A Space Odyssey and The Shining, Kubrick was not afraid to push the boundaries and often went places that no other filmmakers had gone before.
Any Kubrick fan likely knows of the hidden messages and symbolism that was always incorporated into his films. Some brush these off as a mere conspiracy, but those who decide to dig deeper into the hidden meaning behind these symbols find it easy to see that Stanley was trying to tell us something.

This film was Kubrick’s last, and for those who are aware of what is really going on behind the scenes in regards to the elite societies that run our world, it is easy to see why. Eyes Wide Shut was actually filmed in a Rothschild mansion and the events that took place in this film are eerily similar to a real masquerade party that took place in the 70s. It only takes a little bit of research to see that these elite parties often have themes relating to some form of satanic rituals. At the Rothschilds’ party, there were photos of how the place was decorated, with doll parts and blood everywhere, with the menu featuring words to describe human flesh.

What Did Kubrick Know?

It would seem that perhaps Kubrick knew too much for his own good and attempted to expose what was really going on behind closed doors. Was he invited to one of these parties and got a first-hand account of what was going on? Perhaps someone had confided in him about events that were witnessed. We will never be able to know for sure, but it is clear that with his very last film Kubrick was trying to tell us something. If you have seen the film, you may have finished it feeling confused, and perhaps that something important was missing. There have been a number of rumors that a whole 20 minutes of the film was cut after Kubrick presented it to the studio.

This footage is missing and unattainable, and what’s even fishier, is Kubrick’s death just days after the film was screened. The official cause of death was a heart attack, but many believe that his death was merely made to look like a heart attack and there was some more sinister work at play. If Kubrick was murdered for revealing too much, it could have been used as a threat for others who may have been thinking of doing the same to keep their mouths shut.

The short, 20-minute documentary below, The REAL Eyes Wide Shut goes into this theory more deeply and points out some of the blatant symbolism used in Kubrick’s last film, Eyes Wide Shut.
Eyes Wide Shut was not the movie Kubrick intended audiences to see. The studio cut 24 minutes from the film, and just few days later, the legendary filmmaker was dead. What was in those 24 minutes? And what happens at the REAL masked parties?

The Damaging Effects of 5G Wireless on Your Health