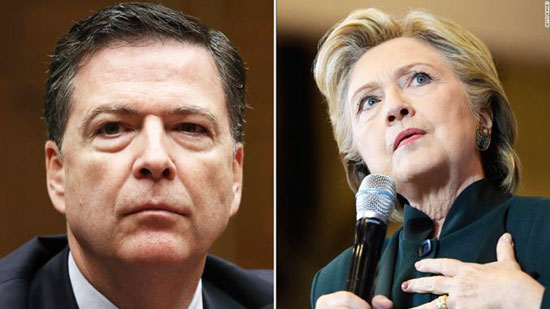 15. Comey helped the DNC, Hillary, and Christopher Steele to create the Page Dossier and set the wheels in motion to create a number of situations to “frame” the Trump Team with Russian connections, including: the Trump Towers server, getting the Russian spy Veselnitskaya (and company) into the country for the Trump Team entrapment and “framing”, Carter Page infiltrating the Trump Team, Alexandra Chalupa creating the Manafort fake ledger, Alperovitch planting the Russian footprints in the DNC server, Andrew McCabe’s release of M-13 gang members and the death of Seth Rich, arresting Yevgeniy Nikulin in Prague to set up Michael Cohen as bag-man for Putin pay-offs, FBI investigation of Trump and his father, Felix Sater’s many attempts to frame the Trump Team as Russian friendly, among others.

16. Comey had Felix Sater (his Russian spy and undercover employ) accuse Michael D. Cohen, Trump’s lawyer, of brokering a plan to lift sanctions from Russian in an attempt to make Cohen appear Putin-friendly so that Comey’s Page Dossier could include references to Cohen. This letter about sanctions never existed but Sater spoke to the press about it numerous times trying to show that Cohen and he were ready to “lift sanctions”, the very phrase used to go after Michael Flynn who also was under a Comey surveillance warrant covering his communications because of his association with Turkey’s president and his frequent interviews on Russia Today (RT), an American-based Russian news agency where Flynn was a guest. Flynn went to Russia for a dinner honoring RT and he never filed as an agent working for a foreign country. Flynn’s consulting firm made the same mistake as Manafort and Gates and Tony Podesta by not filing.


17. When the leaks came out – leaks created by Comey – the Trump Team made a copy of Michael Cohen’s passport available to the news to demonstrate that he had never been in Prague. Yevginy Nikulin was conveniently arrested in Prague after being hunted for a long time because he had hacked Drop Box and Linked-In.

Comey’s FBI team went to Prague twice to the prison to visit this hacker and offer him immunity and the witness protection program if he would “admit” to being the DNC hacker who was hacking to help Trump and harm Hillary directly for Vladimir Putin himself. Twice, Yevginy turned the offer down and then reported the scam to the news and had the proof to show the FBI was in the prison twice. Eventually, Steele’s Page Dossier names Aleksej Gubarev as the DNC hacker and Gubarev was suing Steele in London and America. The Alpha Bank Russian oligarchs, Mikhail Fridman, Petr Aven, German Khan are also suing Steele.

18. Comey engineered the entrapment and framing of George Papadopoulos, the most junior member of the Trump Team who never even spoke with Trump, by enlisting a Russian agent named Joseph Mifsud in London and again in Italy in March of 2016. This agent, who meets directly with Putin each year as part of the club he promised to get George into, the Valdai Discussion Group, also introduced George to the “niece of Putin” who drew George into an entrapment of Russian espionage. George reported these meetings to his contact with the Trump Team and that was the end of his association with the Team. The Russian spies dangled the “missing Clinton emails” as bait for poor George. Of course, George got nothing but fired. Comey got a FISA Section 702 warrant on George in July of 2016. This was an FBI Counterintelligence Operation. George was not picked up and questioned until July 2017 – one full year after the warrant allowed Comey to spy on the Trump Team based upon the entrapment of George The Naive. This warrant started as an illegal spying on the Trump Team and then was used to create the “Mueller Investigation to Impeach” and the continuing harassment of a sitting president. The FBI Counterintelligence Operation (Comey, McCabe, Priestab, Strzok, Page, Ohr, Baker, Carlan, Rosenstein, Lynch, Yates, Rice, Obama, Biden, etc.) was the same group that exonerated Hillary’s email crimes, the Clinton Foundation crimes, the Hillary’s Uranium One Emolument Clause crimes, the Hillary’s pay-to-play State Department crimes, the Huma’s email espionage, and much more that hasn’t come to light.

19. Comey claims that the DNC is hacked in July, 2016, and Dmitri Alperovitch (a convicted Russian hacker turned FBI asset) discovers the supposed “Russian hacker footprints”, which in fact, he placed there when called by Alexandra Chalupa and Comey to analyze the breach in December, 2015.

20. Comey creates another cover story for the DNC hacking by inventing Guccifer 2.0 who claimed to have hacked the DNC before the “Russians” got there. Dmitri and Guccifer 2.0 go through a public debate online and Guccifer 2.0 releases hacked information to prove his point. These hacks were nothing more than a cheap trick of rewriting what WikiLeaks had already released. Guccifer then “hacks” the Democrats in Congress (DCCC) and George Soros’s Open Society Meetings (D. C. Leaks). None of the material released by Guccifer 2.0 is new or demonstrates Guccifer 2.0 was the hacker of the DNC. Comey claims that Guccifer 2.0 is a Russian hacker. Comey goes after Roger Stone and Trump in a ridiculous case involving Stone texting Guccifer 2.0. This, and other things, causes Stone to drop off the Trump Team making it necessary to now use Manafort more than ever.


21. Comey has Hillary text eight messages from July 2016 until the time of the debates accusing Trump of having Russian ties. During the debate, Hillary can’t stop saying that 17 US Intelligence Agencies all agree that Putin has meddled in the election for Trump. Actually, Eric Schmidt gave $1.5 billion dollars to the US Digital Service to create a digital war-room that coordinated the meddling directly from the White House in favor of Hillary.

22. Comey uses the “small group” to rewrite his exoneration speech which subsumes the Department of Justice’s duty to proceed with the investigation of the crimes committed (with intent) by Hillary’s security violations and the espionage that accompany them. Comey’s entire team got to edit out the words that made it seem that Hillary had committed crimes.

23. Comey covered for the Bill Clinton’s meeting with Loretta Lynch and even took it upon his self to pronounce Hillary clear of any criminal actions with emails, servers, foreign gifts, etc., etc., etc.

24. Comey lied before congress continually throughout all of this conspiracy and then leaked false material to the press to harm Trump’s reputation and imply that Trump was guilty of some type of crime. Comey lied in three congressional hearings in a row and wrote letters to correct his testimony twice.

26. Comey continued his counter-intelligence operation against a president-elect and then against a duly elected president. These are crimes that range up to the capital crimes of treason and sedition being carried out by the Director of the FBI and other agents. This is more than a conspiracy to “resist”, it is a complex attempted coup d’etat. Comey, Mueller, and their gangs are “enemy combatants” and should be arrested first and then questioned. They have no rights after the conspiracy turned into a treasonous attack upon a sitting president. Mueller and his entire team know exactly what is going on and are complicit in these crimes. Their job was simply to defend themselves and hide the evidence that will put them in jail for life. And yes, there have been numerous attempted assassinations on Trump’s life that were foiled and no one was prosecuted. These attempts to assassinate a sitting president is all that is needed to demonstrate the seriousness of the coup d’etat and the extent to which these criminals will go to overthrow the United States government from the inside. 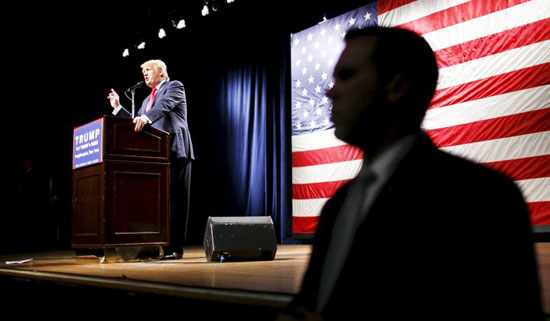 27. Comey perjured himself, exonerated Hillary, continued to attack Trump, continued to leak, continued to lie, and publicly was at “war” with Trump so that Trump would have to fire him simply because Comey was out of control. Once fired, as planned, Comey became the martyr of the Trump Resistance Movement. Comey then leaked his notes to the New York Times (as usual) and this leak got his best friend Mueller appointed by his second best friend Rosenstein to come and save Comey, start a special investigation, hide the evidence, and cover all the tracks. Comey essentially handed the Investigation to Impeach over to Mueller and it continues to this day with nothing but embarrassing actions by Mueller that exonerate Trump and waste America money.


28. Comey was given immunity by Mueller, which makes Mueller complicit with the coup d’etat. Mueller is not questioning any of the true criminals who did meddle in the presidential election and were connected to Russians. Comey and Mueller are united again as Best Friends Forever. Mueller hops on a white horse and rides into D. C. to bust Comey out of jail and have a showdown with Trump at the OK Corral. Sad news for Mueller and Comey is that Trump is the fastest gunslinger in the West.

In an effort to make sure that the other criminal conspirators don’t feel that Comey and Mueller got all the credit for this attempted coup d’etat, we would like to list some of the people already fingered in the conspiracy/coup d’etat and who, in many cases, have already come out with their public alibis in books, public statements, videos, and other denials.

We can’t predict what the Mueller Investigation to Impeach (coup d’etat) will actually lead to in the end. The plea deals of Flynn and Papadopoulos may fall to the way-side due to Peter Strzok being compromised. Manafort and Gates will probably get out of any charges and the 13 Russian spies who supposedly “meddled in the election” are a big joke.

Un-indictable Russians and low-hanging fruit is all we get for the tens of millions Mueller is spending on the third investigation into Russian/Trump/election collusion.
Mueller is the same person who investigated 9/11 and found nothing, prosecuted no one, didn’t notice Tower Seven was in free-fall after they called for it to be “pulled”. Mueller is one of the most corrupt D. C. “fixers” who is called in when the top-dogs are compromised. This time, we aren’t sure that Mueller or Comey can “fix” Hillary’s crimes.

The list of Comey crimes is not exhaustive and certainly does not go back into the past where Comey and Mueller have left a trail of crimes that would shock the world to hear. We have exposed their crimes in numerous articles and videos and now the world is noticing that James Comey and Robert Mueller are anything but the ethical and unpartisan boy scouts they are always described as.
Once Comey and Mueller fall, so will Hillary and the gang. Trump is letting Mueller play out his hand because Trump already knows that at any time he could trump the Investigation to Impeach.

Say Goodbye To Bad Breath, Plaque, Tartar And Kill Harmful Bacteria In Your Mouth With Only One Ingredient!