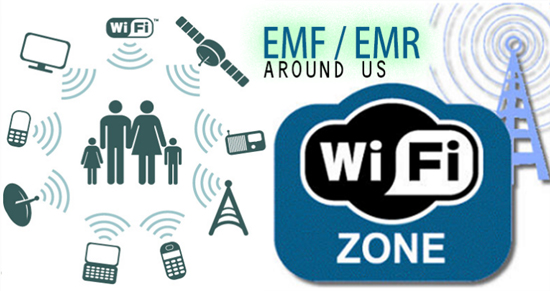 For how harmful vaccines are for virtually castrating the immature immune system of an infant and/or toddler, there is something equally as harmful, if maybe not worse, which just about everyone thinks is perfectly safe. It is microwave technology wavelengths that enable all the smart phones, Apps and other high tech devices and games most people “buy into and love” plus accept as “safe”. Nothing can be further from the authentic scientific facts.

There are several particulars you ought to know. The information is imperative to understanding health problems and issues, which, unfortunately, can stem from and/or be caused by constant EMF exposures, especially at low levels.

3. Why are children more vulnerable to EMFs/RFs? Kids’ bodies and organs are still developing; the brain until around 22 years of age. All human bodies contain between 60 to 70% water with the brain and heart containing higher percentages, i.e., 73% and the lungs contain about 83%. Therefore, children’s smaller, less developed bodies and tissues are more vulnerable to RF exposure, especially from Wi-Fi in school and at home. Microwaves vibrate water.
Water molecules contain three atoms and so can vibrate in a number of different ways. When microwaves pass through water the water molecules absorb some of the microwave energy and as a result they twist and turn, writhing around, as the radiation passes by.
Think of Wi-Fi using this analogy: Wi-Fi is like leaving your microwave oven on, operating at high power with the oven door left open. Now think one such analogy and device for every room in your house, if your house is not hard-wired for safe Wi-Fi, but you use routers.

4. Keep all high tech, smart appliances away from the use by children, especially cell phones for those who are young.

5. No cell phones, TV, computers, electronic games in a child’s bedroom. Never allow anyone to sleep with a cell phone on the bed, clasped in their hand or under a pillow.

6. At night, turn off circuit breakers to bedrooms, if need be, to get away from AMI Smart Meters sending EMFs with dirty electricity or sinusoidal harmonics pulsing over copper wiring inside your bedroom walls, thousand times faster than the 60Hz wiring is built to carry. Those sinusoidal waves radiate out 6 to 8 feet and have been documented as interfering with the brain’s production of melatonin, which occurs during sleep at night when the body is in the recuperative/repair stage of its 24 hour circadian rhythm cycle.

7. The Schumann Resonance is the hertz frequency at which the human body resonates or vibrates electromagnetically, which is 7.83Hz. Humans basically are electromagnetic beings. That is confirmed by medical tests that measure brain, heart and muscle activity. However, EMFs/RFs coming off microwave technology appliances are in the thousands, if not hundreds of thousands times faster ranges, therefore, contributing constant stresses to all bodily functions, especially the brain and central nervous system.

8. EMFs/RFs affect children on the Autism Spectrum leading to higher anxieties, plus more confusion. Therefore, exposure should be eliminated from all sources and appliances.

9. High tech reliance is a newly-acquired human addiction, which has psychologists worried about the younger generations and how they are being affected negatively, socially and emotionally. 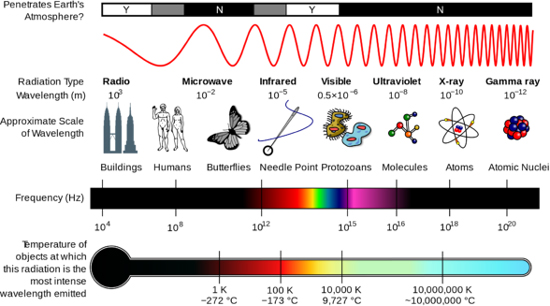 10. Study a comprehensive chart of the Electromagnetic Spectrum to understand how various smart appliances are rated. Cell phones frequency ranges are from 3KHz to 300 GHz. Because of such extreme overuse and addictions to iPhones, smart phones and cell phones, tech providers now want to install 5G microwave antennas right outside your front porch on a pole. 5G has not been tested for safety, and it can be assumed the U.S. Federal Communications Commission automatically will approve it as “safe” as they have approved all other frequencies based upon the erroneous ICNIRP (Internal Commission on Non-Ionizing Radiation Protection) principle that there are no EMF/RF wavelengths as non-thermal radiation waves, just thermal or heat effects, which comes from World War II radar research days. It’s 2017; how far behind the scientific times does the microwave industry have to stay to hoodwink everyone, like the tobacco industry did until the 1964 Surgeon General’s Report on Smoking and Health.

11. In April of 2017, an Italian court ruled a work-related use of a mobile phone caused an executive to develop a benign brain tumor. Slowly awareness is coming into the high tech microwave world of legal law suits. However, microwave industry associations’ science is flawed and their products and services are compromising to human health.

12. There’s a terrific cartoon-like infomercial on the Internet about how utility companies Smart Meters will collect and sell your personal use data and information to unknown third parties for marketing purposes without your knowledge and/or consent. High tech created the algorithm “Onzo” which tracks your every appliance usage. Google Onzo smart meter algorithm and watch what you don’t know come to reality.

14. When an individual’s body biology and biochemistry have been assaulted and saturated for too long by EMFs/RFs and they no longer can tolerate living in the sea of Electrosmog from EMFs/RFs, they become electromagnetically hypersensitive (EHS) or idiopathic environment intolerant (IEI), as some medical doctors diagnose the syndrome, which has become more prevalent due to all the smart tech appliances and AMI Smart Meters. 26% of USA citizens are EHS; 19% of Swedish; 27% of Danish and 32% of German citizens are EHS.

15. The American Academy of Environmental Medicine publishes online its Recommendations Regarding Electromagnetic And Radiofrequency Exposure, which everyone should study and print out to save.

16. The FCC safety guidelines say you should not be subjected to a field of 600 microwatts per centimeter squared for more than 30 minutes! A microwatt is equal to one-millionth of a watt. However, no one has factored in the cumulative total number of microwatts from all EMF/RF sources, so that the FCC safety guideline basically is way off the mark. Those figures are based on outdated science. Updated safety guidelines have to be recalculated for 24/7/365 exposures for how humans use microwave tech gadgets:
a. wearing a live cell phone on your person;
b. exposure to Wi-Fi for 6 hours a day, 5 days a week in a school classroom or at your place of employment;
c. AMI Smart Meters pulses and non-thermal exposures coming over inside-house-wall-wires from sinusoidal harmonics thousands times faster than the 60Hz wiring is built to withstand and deliver. Aren’t that both fire and health hazards?

18. Russia apparently has denied 5G rollout and is planning on using fiber optic cables to deliver Internet to everyone – the safest way possible, but not in the USA or with the FCC!

Antibiotics: Side Effects and Alternatives