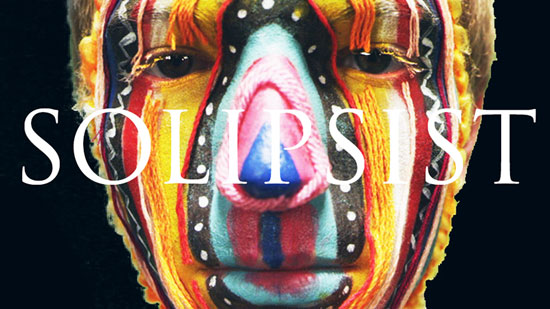 So what is the answer? What’s the solution?
Mark Passio says it’s simple and he gives it to us in just three words: “Quit your job if you work for a malefic enterprise and start looking for another workplace that is beneficial. The other solution being: Stop following orders. That’s it. Most people don’t want to hear this, but that is the solution.” Why?
“Because if you are involved or work in a corporation, organization or institution, and that corporation, institution or organization is doing something morally wrong, then you are involved in that morally wrong behavior. You are involved in that moral wrongness.

Whether you want to tell yourself ‘I’m not really co-operating with it, I’m trying to work through the inside to change it around, I need this job or I’ll be out on the street etc.’ It’s all just justification. Here’s the bottom line: they want the paycheck, they want to be attached to the thing that they say that they know: ‘This is all I know. I’m just doing my job’.”

If you are involved in a corrupt institution you need to quit your job and go do something else. You are a human being that is capable of doing more than you think you are capable of. You are certainly capable of breaking out of the poisonous mind control of people who hate you so much that they look at you as if you are less than something they just scraped off of the bottom of their shoe.”

If you have abandonment issues, psychological trauma issues and self-loathing issues, you need to get personal help, rather than working for a corrupt institution as an “order following lapdog taking your problems out on other people”.

“The psychological dynamics need to be understood in plain simple language. The state and institutions are taking the place of the mommy and daddy for the people who have suffered these mental, physical and even sexual abuses in their childhood. These people are the most likely candidates to take the order following dupe jobs for these corrupt institutions ruled by the Satanists and Dark Occultists.”

“One cannot tear down a corrupt negative institution from the inside. You don’t stay in the Satanic cult with the mentality that you are going to spread truth within the Satanic organization and affect positive change. It’s cognitive dissonance.

One has to leave the organization and spread light work to tear down the entire structure from the outside by exposing it. A light builder tears down the negative structures.”

The New Age movement has it wrong as well. They believe that you only propagate the good and never talk about the bad. They are actually doing a dis-service to the community by taking that mindset. Because what you ignore is what persists.

When you ignore negative, evil things that are taking place around you, that is when they persist. Many new agers turn that around and say what you resist persists. “It’s actually what you are wrongly resisting. When you are wrongly resisting the truth, the negative consequences of doing that are going to persist. When you wrongly resist getting involved in the process of exposing evil and exposing injustice and negativity going on in this world, that evil is what it is going to persist.”

You can’t ignore something and expect it to go away. When you ignore symptoms they get worse because you are never making an accurate diagnosis of the condition that is causing the problem. That is why the New Age movement can’t give people the solutions, the real solutions, because they are ignoring the problems.

They’re not talking about the negative and therefore they are never really getting down to an accurate diagnosis of the causal factors. In not doing so, you cannot identify the solutions either. You’ll end up running around blind searching for answers to a problem that you have no idea what caused it in the first place, so you’ll never figure out how to fix it.

“The dark forces are taking action 24 hours a day, 7 days a week to take away rights and freedoms. When the good people take no action because they say ‘that’s resisting the negative, that’s resisting the evil, don’t give them your attention and energy, just ignore them’. That’s what we’re here to do, is resist the evil.

Evil only triumphs when good men do nothing. We should rather lead a peaceful and intelligent rebellion against all of this evil in the world.” 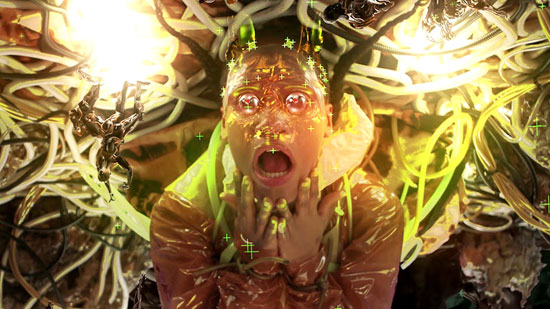 When Mark announced that he was going to leave the Church of Satan he was told by one high ranking member that he was making a big mistake and had no idea just how much they had the general population under mind control.

The Dark Occultists and Satanists refer to the everyday people as “the dead”.
“In a sense they are not alive because they identify so much with their version of life, how they believe life is, or in other words just the story of life, the propagated movie variant of reality being projected on them on a day to day basis, like on a movie screen in their mind. They have no real knowledge so their thoughts are deadened.

They have no empathy, compassion or emotion over the injustices going on in the world to others or even their children, so they are emotionally dead. They are in a sense spiritually dead as they don’t have any spiritual aspects to their personality. Like robots, they don’t fully understand who and what they really are at a deep universal level of consciousness. Their actions are deadened. They are not taking any action about the injustices going on around them because they have no knowledge and they don’t care.”

We need to understand that it is going to be very difficult, if not impossible to bring these kind of people out of their mind control conditioning. They are so attached to the prison, so attached to the lie that they love the prison, they love the lie, they want their slavery. They love it because it implies no responsibility for them to have to be able to think. These people do not want to think.

Our freedom is dependent upon the behavior of these mind controlled order followers in corrupt institutions who are carrying out the harm and will of these Satanists and dark occultists against the general populations. These order followers erroneously believe that staying in that childlike emotional state of not having to think or make moral personal decisions can somehow absolve them from personal responsibility for their actions.

I want to stay in a state of ignorance and total darkness because I believe that absolves me from responsibility for my behaviors and actions. I’m just following orders. All my physical and material needs will be met and I can easily ride through life by just following the harmful orders of my psychopath superior. I’m only physical. There are no deeper psychological or emotional components to me. Most of all there is no spirit. I’m just a collection of atoms that is all working like a dead machine. When life ceases, that’s it, eternal blackness and no continuation of consciousness in any other form or realm.”

It’s all about self-loathing and abuse/abandonment issues that have not been worked out from earlier in life. Until these issues are dredged up and dealt with, these people are incapable of developing self-respect or even wanting to learn how to do it.

Can these “dupes” be saved?

Mark is not that optimistic about changing the current human condition. In all of his years of research and lecturing he only knows one police officer and one military soldier who have taken the time to learn the truth and then quit their jobs because of it. “Until more people start doing this great work of putting the truth out there to other people, things are not going to transform. More people need to start speaking out about the difference between right and wrong. More people need to start speaking out about the evil going on in the institutions of this world, most of all the police and the military.

Until more people start speaking about this openly to people who are involved in these corrupt institutions, don’t expect anything to change for the better in this world. It will just continue to get worse and worse. These people are a cult. It is a secret society. The police are a cult. The military is a cult. It is a secret society that takes these people away from average society. They are trained in a sequestered environment. They are put through regimented ritual practices that condition them through deep hypnotic repetition and conditioning upon them in their boot camp and training camps.

They are cults. They use the exact same techniques that every other cult uses: isolation, repetition, us vs. them mentality, poor diet, rituals, trauma, sleep deprivation, etc. These police and military men and women are indoctrinated cult members whether they know it or not.”

The task before us is no less than this: converting cult members out of their cult belief system. That is what we need to do. That is the work of anyone who understands this information. It is going to take tremendous will, knowledge, hard work and courage. That is the intelligent thing to do – doing that work and taking that action.