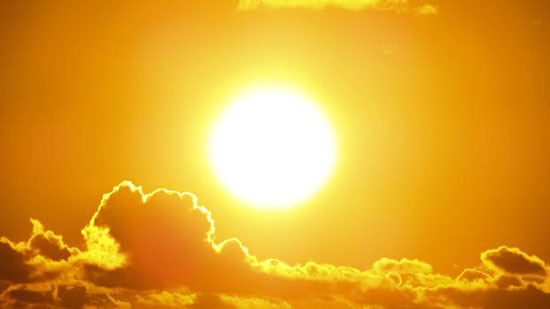 The sun has got his hat on, our moods feel lighter and we are gripped by a desire to soak up some solar rays. But no, we keep being told: the threat of skin cancer makes this potentially lethal.

Now, however, scientists are discovering a positive side to sun-worshipping. Getting a good dose of sunshine is statistically going to make us live longer, healthier and happier lives.

Emerging research indicates that sunlight may protect us against a wide range of lethal or disabling conditions, such as obesity, heart attacks, strokes, asthma, and multiple sclerosis. Sunshine has also been shown to boost our libidos and general mood.

This is not simply about vitamin D – which our skin manufactures from sunlight. The vitamin helps us build healthy bones and teeth and may protect against bowel cancer. But new research indicates that solar rays benefit our bodies in multiple other ways.

Scientists now believe, for example, that exposure to sun prompts our bodies to produce nitric oxide, a chemical that helps protect our cardiovascular system – and the feelgood brain-chemical serotonin.

Lack Of Sun As Bad As Smoking

A major clue about sunshine’s benefits has emerged from a study of nearly 30,000 Swedish women whose sunbathing habits have been followed for 20 years.

This March, investigators from the world-renowned Karolinska Institute in Stockholm, concluded that avoiding the sun is actually as bad for you as smoking.
The study, in the Journal of Internal Medicine, found that 1.5 women in 100 who reported they had the highest exposure to ultraviolet light (by sunbathing up to once a day) were found to have died during the two decades, compared with three in 100 for women who said they had avoided sunbathing.

The avid sunbathers had a significantly lower risk of death from cardiovascular disease and other conditions that were not related to cancer, the research explains.

Dr Pelle Lindqvist, the epidemiologist who led the study, says the research also found that: “Non-smokers who avoided the sun had a life expectancy similar to smokers in the highest sun exposure group, indicating that avoiding the sun is a risk factor for death of a similar magnitude to smoking.ˮ

Dr Richard Weller, senior lecturer in dermatology at Edinburgh University, last year published a report in the journal Maturitas warning that older people in particular need to get into the sun more. “Advice on healthy sun exposure needs to be reconsidered,ˮ he urged. “The older population are particularly sun-deprived as shown by low blood levels of vitamin D and lack of outdoor activity.ˮ

He adds that there is a reduction in cardiovascular disease and deaths from all causes with increased sun exposure. Two years ago, Dr Weller’s team established that exposure to sunlight may lower people’s blood pressure and thus cut their risk of heart attack and stroke. This benefit has nothing to do with vitamin D.

Instead, it is due to the fact that when our skin is exposed to the sun a compound – called nitric oxide – is released in our blood vessels which in turn lowers blood pressure by causing blood vessels to widen.

Dr Weller told Good Health: “It also appears that sunlight alters the way that our genes behave. Last year, Cambridge University scientists showed that the expression of 28 per cent of our entire genetic make-up varies from season to season.ˮ

Chronic inflammation is linked to modern epidemics such as heart attacks, diabetes and cancer. Such inflammation results from our immune systems fighting infectious invaders. But this comes at a cost as the tissue damage caused by long-term inflammation can itself cause disease. The Cambridge research indicates that sunlight may prompt our bodies to switch down the inflammatory response.

“As well as nitric oxide and gene expression, I think there will be other factors that we have yet to discover,ˮ says Dr Weller.

“There is a correlation between more sun and less disease in a variety of conditions such as multiple sclerosis and atherosclerosis (where arteries are clogged by fatty substances known as atheroma).ˮ

However, the causal link is yet to be shown.

May Stop You Getting Fat 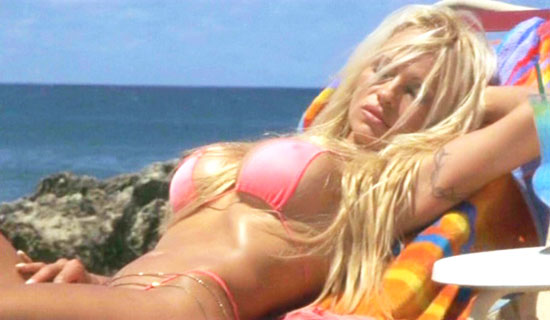 Scientists are discovering sunlight may even help us keep slim and healthy, according to studies by the Universities of Southampton and Edinburgh that kept mice on high-fat diets while they were exposed to the spectrum of ultraviolet light found in sunshine.

The results show that ultraviolet radiation may suppress the development of obesity and the symptoms of type 2 diabetes. These benefits were again independent of the effects of vitamin D, the researchers report in the journal Diabetes in 2014. Instead they believe the effects are again as a result of the sun boosting production of nitric oxide. The suggestion is that without enough nitric oxide in the bloodstream, insulin may not work properly, allowing diabetes to set in.

Other research indicates that being exposed to plentiful sunlight may reduce our risk of stroke.

Epidemiologists have used weather-satellite records to determine how much sunlight more than 16,000 people living across the U.S. individually experienced over a period of 15 years.

The University of Alabama analysis revealed that the more sunshine someone experienced, the lower their risk of stroke. The study in the journal, Annals of Neurology in 2013, called for further research.

We all tend to feel happier when the sun is out, and this is not simply a matter of morale. Research shows that the main wavelength of light in sunlight stimulates sensors in our retina which regulate our body clock. This in turn regulates the amount of melatonin, the sleep hormone, that our bodies release.

Studies such as a report by Sweden’s Uppsala University this Spring in the journal PLOS One show disruption of melatonin levels is linked to depression, Alzheimer’s and Parkinson’s disease.

Lack of sunlight has physical effects on children, too. A study by the Australian Research Council’s Centre of Excellence in Vision Science in 2009 found those who spend most of their time indoors have a significantly increased incidence of ‘high myopia’.

The researchers believe that the neurotransmitter dopamine is responsible. It is known to inhibit the excessive eyeball growth that causes myopia. Sunshine causes the retina to release more dopamine.

Sunlight also lifts men’s libidos, according to an Austrian study of 2,299 men published in 2010.

Hormone experts at the University of Gratz discovered that the men’s levels of the male sex hormone testosterone peak in the month of August, and fall in the winter, hitting their lowest levels in March.

May Help You Live Longer

Could such physical benefits actually outweigh the risk of developing skin cancer?
The official NHS guidance clearly says not. “There is no safe or healthy way to get a tan from sunlight,ˮ it stated, adding that we should try to stay in the shade between 11am and 3pm from March to October, to cover up with suitable clothing and sunglasses during these times, and to use at least SPF15 sunscreen.

Dr Weller ackowledges that people who live in sunnier climates have more skin cancer, because solar radiation mutates DNA and generates free radicals that may cause cancers to develop.

But, he argues, we have no proof that sunlight shortens life.
“In fact, the epidemiology suggests that overall, people who have more sunlight tend to live longer, even though their population gets more skin cancer.ˮ

Dr Weller is supported by Martin Feelisch, the professor of experimental medicine at Southampton University who has also been studying sunshine’s role in keeping us healthy – in particular the effect of sunlight-stimulated nitric oxide to protect our cardiovascular systems by lowering blood pressure.

Professor Feelisch warns that avoiding sunlight or using sunblock constantly could be a new risk factor for heart disease – and more people die from heart disease than skin cancer. “We believe current public health advice, which is dominated by concerns of skin cancer, needs to be carefully reassessed,ˮ he argued. “It’s time to look at the balance of risk for skin cancer and cardiovascular disease.ˮ

He does not recommend, however, that we spend hours sunbathing.

Meanwhile, Dr Lindqvist, the author of the Swedish study, said: “We know in our population, there are three big lifestyle factors [that endanger health]: smoking, being overweight, and inactivity. Now we know there is a fourth – avoiding sun exposure.ˮ

When To Use Sunscreen

We should also be more sparing in our use of sunscreen as it may block the benefits of sunshine, Dr Lindqvist says. “If you’re using it to be out longer in the sun, you’re using it in the wrong manner.

However, if you are stuck on a boat and have to be out, it’s probably better to have sunscreen than not to have it.ˮ

Thanks to the scientific appreciation of sun, the balance does seem to need redressing towards enjoying it in healthy moderation.