What’s So Bad About Globalism?

As far as I can tell, globalism is a scheme concocted by the rich to destroy the working and middle classes through worldwide financial imperialism. 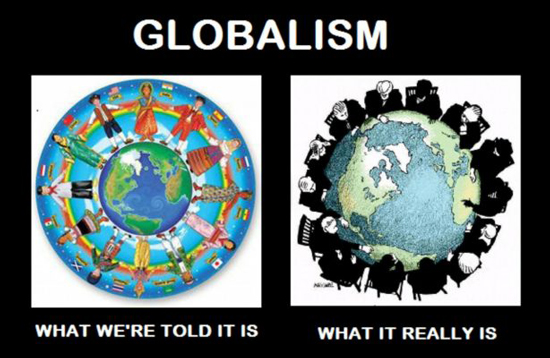 I have a strong hunch that globalism is also a plot hatched to obliterate indigenous cultures and real human differences under the deceptive motives of “multiculturalism” and “diversity.”

This is why I’m confused whenever I hear someone say they hate “the rich,” oppose “imperialism,” and support “the working class” while being an unquestioning cheerleader for open borders and global government.

Like Marxism’s pipe dreams about an eventual and irreversible dictatorship of the proletariat, the most seductive hook about globalism is the idea that it’s inevitable.

Technology has made us an increasingly interconnected planet, and therefore the only logical and moral thing to do is establish a benevolent global governmental authority with the power to tax and imprison and torture and abuse.

But communism proved to be far from inevitable. After peaking last century, it has retreated from much of the globe. I’d like to think the same is true about the one-world-government schemes that underpin what is cheerily referred to as “globalism.”

Those who’ve lived most of their lives with a sad and simple choice between working and starving can feel the disdain that the sneering global elites have not only for them personally, but for their culture and their humanity and their very existence.

Whatever jobs these wealth-crazed control freaks couldn’t pack into wooden crates and send overseas, they are more than happy to undercut wages here by importing “migrants” both legal and illegal who have nothing in common with you culturally and are trained to deride you as an evolutionary throwback if you dare to complain that the elites are laughing in your face as they pull the rug out from under you.

Globalism replaces First World workers with Third World workers and calls them “racists” – the modern equivalent of “niggers” – if they dare to make a peep about it. While it may be a boon for transnational financiers and manual laborers in Malaysia, for workers throughout the West, globalism has been a trapdoor through which they are likely to hang swinging at any moment. For the Western working class, globalism has meant retreat and defeat and dislocation. 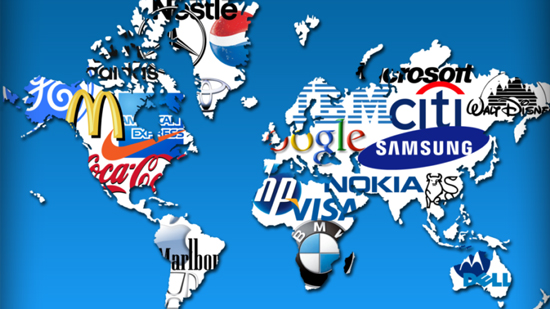 After the latest election, White House chief strategist Steve Bannon described what had happened:
“The globalists gutted the American working class and created a middle class in Asia. The issue now is about Americans looking to not get stepped over.”

But as many of us are learning, the mere act of realizing you’re being played with – much less trying to stop it from happening – automatically makes you a Nazi and an anti-Semite and a white supremacist and a toothless, low-information rube who needs to be replaced on the assembly line by someone with more melanin and less money.

As the world’s financial elites grow more rootless and international, they no longer even pretend to find a common bond with the peasants in the countries who host them. Instead, they openly deride them.

But to the horror and dismay of the ultra-arrogant cosmopolites, the rural rubes in flyover country are waking up to the fact that at the very best, they are viewed as obstacles to progress. At the very worst, they sense that the global planners would have no problem bulldozing straight over their corpses in order to pave the way for such “progress.”

Those who constantly slam “the rich” while naively embracing globalism and every attendant butterfly-chasing PC delusion fail to realize that almost without exception, global finance, global media, and global corporate culture are solidly behind this daffy, one-world movement of free trade, open borders, and PC thought-policing.

The charitable foundations and the think tanks and the NGOs have all signed up for this mission that purportedly will uplift the masses and bring the rich to heel, yet very few people seem to find this even remotely suspicious. “The rich” are backing a movement that superficially demonizes “the rich” yet only makes them richer, but if you say anything about it, you’re a Nazi.

But beyond the galloping economic hypocrisy, the most loathsome thing about unbridled globalism is the toxic contempt its peddlers have for indigenous cultures, specifically European ones. For all the lip service they pay to the alleged “rights” of men who think they’re women to go to the ladies’ room, they are blithely unconcerned with the fact that their unhindered financial and cultural predations are wiping out whole cultures across the globe in the service of creating one bland, deracinated, medicated, propaganda-addled, compliant consumer culture.

But in their blind quest for uniformity, they will never eradicate conflict. Globalism will only replace wars between nations with wars within former nations. It takes battles that formerly took place on borders and spreads them from street to street. It’s possible that rather than global harmony, endless and irrevocable conflict is globalism’s true end game.

Whether by accident or design, a sick irony about globalism is that it often poses as a humane antidote and a form of ongoing karmic retribution for European colonialism.

As the argument goes, the fact that France unfairly colonized parts of Northern Africa means that the righteous thing is for Northern Africans to culturally and demographically colonize France. Apparently these dreamers’ parents never taught them that two wrongs don’t make a right and will likely lead to more conflict and bloodshed.

As an anti-collectivist by nature, I find something nightmarish about the specter of a global government with unelected officials overriding my will – and very often the raging majority’s will – at every turn.

I don’t need to have every particle of my life micromanaged by people 5,000 miles away whom I wouldn’t trust to pick my nose.

John Lennon can be fairly viewed as the first pop-star globalist, and his naïve 1971 hit Imagine is venerated as a globalist anthem. He imagined a world with no countries, no private property, no murder, and universal cooperation.