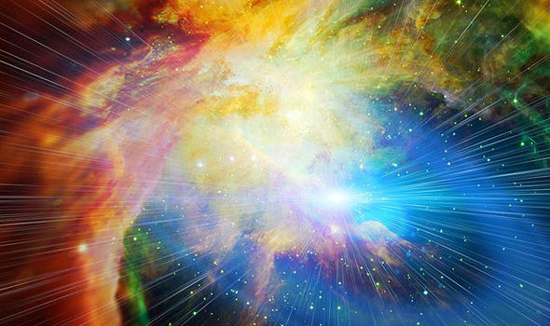 A study published in Physics Essays shows how matter is created out of the non-material. There is energy in what we call “empty” space and it can also be used to generate energy. The acknowledgement of the non-material is a big step for science.
Why has non-material science been shunned by the mainstream community when it has such strong validity? These concepts are now moving out of the theoretical realm, and being confirmed. It opens up metaphysical and spiritual realities as valid.

The search for the “God” particle has been underway for quite some time. Smashing particles together to learn more about the true nature of reality seems to be the only discussion brought up within the mainstream media when it comes to discovering the origins of our universe, or at least attempting to do so.

There’s one problem, however, and that’s the fact that non-material forces might actually govern the universe, factors associated with consciousness may be a key role in the creation of matter, and this is something that’s been emphasized for decades by numerous scientists who’ve acknowledged these non-material forces. If this is true, looking for a “God” particle is almost useless, because it suggests that our universe has a non-material origin, so looking at physical matter for the answers might not be the best idea – instead, we need to look, examine, and continue to study non-physical phenomena.

“The day science begins to study non-physical phenomena, it will make more progress in one decade that in all the previous centuries of its existence.” – Nikola Tesla

For years, science has assumed that empty space is just that, empty space, but this isn’t true, and as John Wheeler, one of the world’s pioneering quantum physicists once emphasized, “No point is more central than this, that space is not empty, it is the seat of the most violent physics.” Fast forward to today and we now know that energy can be extracted from this “empty” space, that we can tap into this “ether” (Casimir) that’s been referred to as one of the most fundamental aspects regarding the nature of reality for thousands of years.

“All perceptible matter comes from a primary substance, or tenuity beyond conception, filling all space, the Akasha or luminiferous ether, which is acted upon by the life-giving Prana or creative force, calling into existence, in never-ending cycles all things and phenomena.”– Nikola Tesla, Man’s Greatest Achievement, 1907.

A study was published by Paramahamsa Tewari, author, inventor, and retired Executive Director (Nuclear Projects) of the Nuclear Power Corporation of India. He was the author of a revolutionary theory in physics, the Space Vortex Theory (SVT), and a number of books on the same, that won early commendation by Nobel Laureates in physics. His theory led him to invent the Tewari Reactionless Generator (T-RLG), a high-efficiency electrical generator.

A prototype of the machine was tested by Kirloskar Electric, a manufacturer of electrical generators in India. There, it exhibited 165% efficiency (over-unity), breaking our known laws of physics.

“Space is actually not empty and it’s full of energy… The energy in space is not trivial – there’s a lot of it and we can actually calculate how much energy there is in that space and that reality might actually come out of it. Everything we see is actually emerging from that space.” – Nasim Haramein

A recent study, published in the highly reputable Physics Essays, makes this point clear. That matter is created from “empty space”, from the void, from what’s known as the quantum vacuum, space, which Tewari theorizes, and shows with his machine (which produces more power than what is put into the system).
The paper is titled Structural Relation between the Vacuum Space and the Electron. You can access the full study here.

It explains:
“This paper presents a formulation of Absolute Principles for vacuum-space that enable revealing the process of creation of a stable electron and its known properties of mass and charge. Fundamental questions on the electron’s charge and mass are derived from first principles from the vacuum vortex of the electron’s structure. Also, generation of electrostatic, electromagnetic, and gravitational fields are shown to arise from the vacuum vortex structure of the electron. The electron and positron have been pinpointed to be the fundamental particles of matter.”

Tewari hypothesizes, or better yet, shows, that the very seat of cosmic energy in the universe originates from these vacuums of nothingness and that this energy is used to create all matter in our known universe, causing their motion. The paper explains these motions and the impact that the ether has on them and what happens as a result. 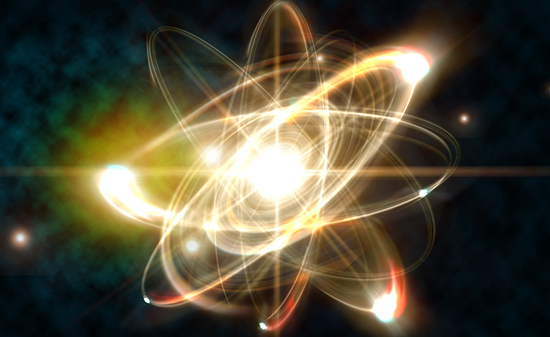 The paper goes on to state:
“The space-vortex structure of the electron, based on the writer’s works, referred in this paper, provides solutions to both the above problems. The high elasticity required for the fluid-ether is avoided by postulating it as a nonmaterial and incompressible fluid devoid of any known property of matter, such as mass, density, discreteness, viscosity, elasticity, or compressibility, etc. Further, if the properties of ‘mass’ and ‘charge’ of an electron are to be derived from first principles, then a mass-less and charge-less fluid that, as a vortex, can form the structure of an electron, must be postulated. The proof of this postulate – that the universal substratum of space with nonmaterial properties has real existence – is provided by deriving the basic properties of the electron (mass, charge, gravity, etc.) from the vacuum space) vortex structure of the electron, and by explaining its behavior in physical as well as quantitative terms, as experimentally observed. (‘Nonmaterial’ signifies a mass-less, density-less, incompressible, nonviscous and continuous fluid.)”

Although the paper is difficult to understand, the basic message is that the universe, and what we know as physical material matter, is not birthed from a physical phenomenon, but rather a non-material phenomenon that is undetectable in many ways. For example, we can’t measure it like we do a solid physical object that has mass, but we can detect it, and use it as Tewari has done with regards to the creation of his machine.

Non-material science seems to be ushering in a new scientific revolution, even bigger than the one we’ve seen in the recent past. This is why hundreds of distinguished scientists are currently gathering every single year to discuss such matters.

The idea that our world is governed by non-material forces has huge implications. It’s like deeming telepathy to be real, for example. Within the mainstream, in many places, this type of study is still considered pseudoscience, which is comical because governments around the world have put tremendous resources into studying and using non-physical phenomenon.
Why is this science only for the secretive black budget? Why can’t all its findings be revealed? It’s firmly established in scientific literature that non-material science, like remote viewing for example, has tremendous statistically significant validity. Yes, it’s real, and yes, it’s been used for decades, and perhaps for the wrong reasons…

“The statistical results of the studies examined are far beyond what is expected by chance. Arguments that these results could be due to methodological flaws in the experiments are soundly refuted. Effects of similar magnitude to those found in government-sponsored research at SRI and SAIC have been replicated at a number of laboratories across the world. Such consistency cannot be readily explained by claims of flaws or fraud.” – American Institutes For Research

If we continue to operate under the assumption that everything needs to have mass, or needs to be “measurable” by the limits of classical physics we’re never really going to move forward, and we’re going to keep teaching false ideas that cause some people to refer to non-material science and the generation of devices using non-material science, as false.

This is simply because science has become dogma, and instead of us recognizing that science and the laws of science have always changed, we now reject valid science simply because it defies our own beliefs of what is and can be real…
The acknowledgement of the ether is huge, it will change the laws of physics, and create the development of technologies that work with nature, instead of against it.

Out of the Void

Out Of the Void (Aus Dem Nichts) is a film that premiered in Austria in 2016 – a docudrama about Tesla’s vision and the work of Paramahamsa Tewari. You can view footage of the machine and snippets from the film below.

What’s So Bad About Globalism?

‘Our minds can be hijacked’: the tech insiders who fear a smartphone dystopia (2)