Where Does Your Info Come From? Mainstream Media Now Literally Using Robots to Write News

Corporate ownership of 90 percent of media outlets in the United States has made the term “mainstream journalist” quite the oxymoron, but the Washington Post’s newest project eliminates “journalist” from the equation entirely – robots are now writing the outlet’s “news”. 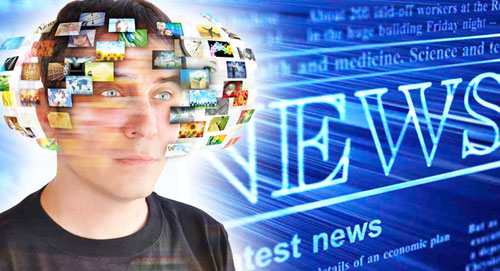 “Heliograf, which was developed in-house, automatically generates short, multi-sentence updates for readers” the Post proudly announced on August 5, 2016, as if the news organization couldn’t predict the collective American jaw-drop at the notion a computer could simply replace a longstanding tradition of actual journalism.

“Automated storytelling has the potential to transform the Post’s coverage” explained Jeremy Gilbert, director of strategic initiatives at the Washington Post, in what could easily be deemed the understatement of the year. More stories, powered by data and machine learning, will lead to a dramatically more personal and customized news experience.

The Olympics were the perfect way to prove the potential of this technology. In 2014, the sports staff spent countless hours manually publishing event results.

Heliograf freed up Post reporters and editors to add analysis, color from the scene and real insight to stories in ways only they can.

In other words, Post’s robot writer was held to reporting grunt work – for the Olympics, Heliograf essentially issued medal counts, scores, daily event schedules, and similarly non-complex topics by writing the most basic of narrative briefs.

In that context, robot “writers” might not be an affront to the tradition of hard-hitting journalism – but the Post’s plans for Heliograf don’t end with simple sports statistics and basic sentences.

Post engineers plan to develop the technology far beyond its current manifestation as statistician – Heliograf covered the 2016 presidential election and other large-scale news events down the road. As the Post reports: “This technology will also be able to process a combination of different data sources, like crime and real estate numbers, customize stories depending on individual user actions, and help look for anomalies in data to alert journalists to a potential story.”

To many, that’s where the Post’s ultimate intentions for its robot writer begins to toe the line. Once such technology performs more complex analyses, will the outlet’s engineers then attempt creativity with longer sentences, articles, and advanced language structure?

“Launching Heliograf is the next step for The Post’s use of machine learning” said Sam Han, data science engineering director for the Post. “The next challenge is to broaden the subjects covered, deepen the kind of analysis possible and identify potential stories for our newsroom.”

Although it doesn’t appear the Washington Post will be replacing its human journalists with robot imposters anytime in the near future, the technology certainly leaves the prospect an open question further down the line.

With an increasing segment of the public already concerned by the concentration of corporate ownership of the nation’s media sources – as of four years ago, just six corporations owned 90 percent of all radio, television, and cable news outlets in the country – bringing a robot into the picture likely won’t quell those anxieties.

On August 7, 2016, John Oliver (famous English comedian, writer, producer, political commentator, actor, media critic, and television host) made light of the continued dumbing down of the news, for which he noted journalists increasingly beholden to cover topics dictated by their outlets’ owners whose need to generate revenue depends purely on public whim. As subjects of grave import go largely ignored by the media behemoths in favor of human interest stories and lighter topics, one wonders if Heliograf might be writing about cats and food in the future as journalists are forced to wait tables to get by.

All of the Creepy Things Facebook Knows About You