Who Are The Controllers? (2) 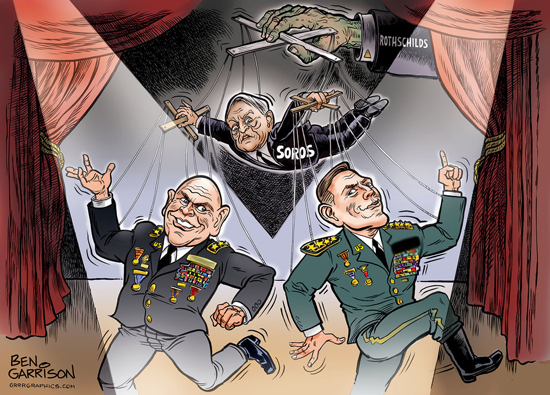 During the 19th century, one family became the controller of finance capitalism, both overtly in the British Empire and Europe, and covertly in the USA via their fronts, the Morgan and Kuhn-Loeb banks. From their headquarters in The City of London, the Rothschilds accumulated probably half of the world’s wealth, not only via hidden usury, but also from open usury on loans to kings, countries and corporations. It was only a matter of time before the Rothschild banking family teamed up with the American Rockefellers and their Big Oil companies.

In the early 20th century, the Rothschilds, Rockefellers and their global corporations and networks were more powerful than any country on earth. According to then US President Woodrow Wilson: “Some of the biggest men in the United States are afraid of something. They know there is a power somewhere, so organised, so subtle, so watchful, so interlocked, so complete, so pervasive that they had better not speak above their breath when they speak in condemnation of it.” That power bribed politicians (including Wilson and subsequent US presidents), infiltrated opposition and media, corrupted governments, and hijacked science. To join their games, you had to sell your soul to the devil, and suddenly doors or markets opened, careers or stocks soared, and you made loads of money!

Moreover, banker shrewdness got most of the dirty work done through subordinates and the raw power of money: empires, their armies and secret services; the mafia; the military and industry; and even idealistic or revolutionary movements. And it even worked on the small people, as our decisions often favour money and not life. These elites financed wars and political assassination, often manufacturing events (i.e. false flags attacks) to provoke conflict in their favour. This power was utilised extensively last century – over 140 million deaths – as part of a strategy to guarantee their position at the top.

The step-by-step multi-generation NWO project has been masterly outlined by Richard K. Moore in his article A Brief History of the New World Order:
“WWI was the epochal event that began an identifiable program toward a new world order, a single global hierarchy… under the control of elite financiers… Britain was no longer the obvious choice, as the base for a global power grab. So the decision was made to shift hegemony from London to Washington… WWI was the making of America, as a world power… While Europeans and Brits were being slaughtered in their millions, Americans were experiencing boom times, leading into its golden age of the roaring 1920s… allies were encumbered by astronomical debt to the American Treasury and to the banking elite…

We could say that America won WWI, and all of Europe lost – and lost big. The Europeans were bound to pay America huge sums for the privilege of having devastated one another… Britain had won the battle for Europe, for a while; America had won the battle for strongest nation, for a longer while – but it was the banking elite who won the war – for discretionary power over the future course of world affairs.”

The once secret story of the staging of WWI is told in Hidden History: The Secret Origins of the First World War by Jim Macgregor and Gerry Doherty. A secret elite of the British empire prepared the operation. Should the Sarajevo trigger have failed, a backup scenario was in place – the sudden discovery of German weapons they’d smuggled to Ireland. The Rothschild and Rockefeller-controlled oil companies could have shut off Germany and its war machine at once, but that never happened. When, in 1915, a food shortage threatened to stop Germany fighting, the banksters quickly guaranteed them a massive supply through the fake Belgium Relief Commission, led by their agent and “philanthropist” Herbert Hoover – later to become US president. Thus, the genocide could go on, resulting in 17 million deaths and 20 million wounded, often severely mutilated.

Naturally, the Machiavellian banksters never let a good crisis go to waste. With the same chutzpah, they helped instigate other important NWO projects under the cover of WWI such as the Bolshevik Revolution in Russia, the League of Nations (precursor for the United Nations) and the Balfour Declaration, the opening move for the Zionist Israel project. After the war, thousands of agents were used in a massive cover-up operation, again directed by Herbert Hoover who filled his new Institution at Stanford University with shiploads of documents from all corners of Europe. In the early 1920s he was involved in another “humanitarian effort” to save the Soviet Union from starvation – while at the same time preserving a future “arch-enemy”. 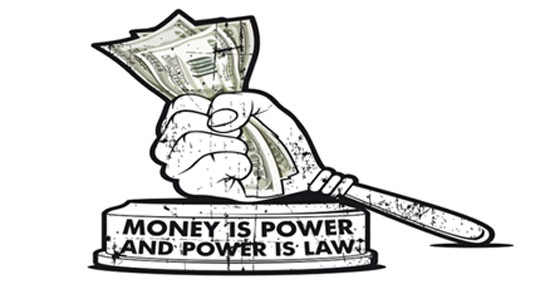 After four pointless – for the people – years of war, the Germans were forced to take all blame. At the Versailles “Peace” Conference, the bankers guaranteed debt repayment and the conditions for their next NWO project, WWII. In excerpts from the same article by Richard Moore:

“WWI had been such a successful project that planning began immediately for a grander sequel, another giant step toward a new world order. In the early 1920s, still in the days of the Weimar Republic, a team of Krupp engineers were secretly tasked with a project: come up with designs for a line of military equipment suitable for a war twenty years from now. Thus were conceived the advanced weapons that served the Reich so well when the time came. Even though Germany was destitute, and treaty-bound not to rearm, someone knew, and told Krupp, that all this would change – and within the designated timeframe…

Hitler was a project of the Anglo-American bankers. His charismatic brilliance was noticed early… and immense profits were made by investing in the German rearmament process… (see Conjuring Hitler by Guido Preparata). The WWII project achieved all of its objectives admirably. While having fought only marginally, and suffered negligible casualties – in comparison with the other major combatants – the US emerged with an intact infrastructure, 40% of the world’s wealth and industrial capacity, control of the seven seas, a monopoly on atomic weapons, strategic footholds in the Middle East oil sheikdoms, and general popular acclaim as the heroic champion of democracy. Quite naturally, the world’s eyes turned to Washington for leadership in shaping the postwar world.

And America was ready with a blueprint. The bankers had selected a committee, from their Council on Foreign Relations, and sent it over to the White House to design the postwar architecture. America was now secured as a hegemonic base of operations, more viable for that role than Britain had been, and it was time to move forward with the next phase of the new-world-order project. Thus were launched, promptly after the war ended, the Bretton Woods globalist institutions – the UN, IMF, and World Bank – the early foundation stones for an eventual one-world government.”

The Power to Turn Truth on Its Head

The banksters’ unimaginable power of deceit turned the truth upside down, making into heroes the very instigators of these destructive wars. How on earth did they manage that? Through control of the mainstream media, science and academia (in particular history and economics), the education system and the entertainment industry. That’s how they shape our perception of the present and the past, and that’s how the majority of people are kept in ignorance of these machinations. When the truth is finally heard, it’s difficult to grasp because the lies are so big, the scope so vast, and the real events of history so different to what we’ve been told. To wake up and accept the truth about the situation, and acknowledge we’ve been duped, most people go through the painful process of cognitive dissonance, which is like losing part of your identity.

Today, much disinformation comes via the Internet, false and dead-end paths to keep you distracted and away from the truth: the conspiracy for world domination has variously been linked to the Jesuits, the Jews, the Illuminati, the British, the Zionists, the Nazis, the Freemasons, etc. These groups have indeed been involved but always as pawns and dupes of the banksters. History reveals the banksters hold no loyalty to any race, nation, group or religion. They are their own gods, all others their slaves, either classified as useful fools or useless eaters to be reduced in numbers.

The next enemy project had been long on the waiting list: Islamic extremism! Court scientist Samuel Huntington prepared the public with his The Clash of Civilizations, its message spread by more than a hundred think tanks. Then came 9/11, the war on terror, and the erosion of civil rights in all so-called Western democracies. Ever since, under the guise of bringing “democracy” to former dictatorships, the playing field for their New World Order is being levelled by the removal of the last few independent countries.

What Can We Do?

The future, as designed by the masters of this global plantation, would look like Huxley’s Brave New World or Orwell’s 1984. If we know who rules the world, the big question then becomes: what we can do to protect our already weakened freedoms? The answer is anything that empowers the people and their nations, favours life and not money, and makes us less dependent on the Big Banks and Big Corporations:
– Strive for prohibition of war, because wars in modern times are bankster-designed wars;
– Return sovereignty to our nations, with proper international relations and leagues for peace and collaboration, as US president John F. Kennedy and Gandhi wanted;
– Spread the true story of our world and its wars, which should be included in our education systems, media and the science of history;
– Less corporate and bank control: no cashless societies or predatory corporate trade agreements like TPP or TTIP (these are about power, not trade). Stop projects to give all poor people in developing countries a bank account or a microcredit. Get out of debt to banks as soon as possible, also an important safety measure in a troubled future;
– Set up interest-free money systems as proposed by Margrit Kennedy and her successors, e.g. positivemoney.org;
– Oppose more loss of privacy by SMART-meters, the Internet-of-Things, human microchip implants (RFIDs), laws to increase the surveillance powers of authorities, etc;
– Turn off the controlled mainstream media and inform yourself through independent journalists, writers, and magazines;
– Go organic and/or grow your own food: not only healthy for you and the environment but also independent of Big Agriculture, dangerous GMOs, and oil-derived pesticides and fertilizers;
– Support local initiatives like renewable energy generation, food markets, health services, and insurance schemes;
– Keep a healthy lifestyle and avoid Big Pharma solutions whenever you can.

A massive wake-up by the people is urgently required if we are to end this wicked game. Spread the word and engage in peaceful action!