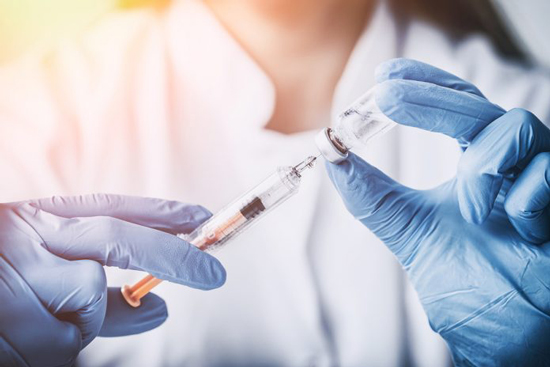 HPV vaccines like Cervarix and Gardasil have harmed young women and girls across the globe. And yet, many mainstream media sources, like NPR, have continued to perpetuate the myth that these vaccines are totally safe, effective and incapable of causing harm. However, more people and organizations are waking up to the reality that the HPV vaccine is capable of grievous damage.

A new documentary being released by the Alliance for Natural Health – USA (ANH-USA) seeks to change the narrative on HPV vaccines, and highlight the hazardous effects that these inoculations are capable of creating. The documentary will feature a number of medical experts, accomplished doctors and professors in the field who are brave enough to speak out against what they know is wrong. Some of these top authorities include Dr. Sin Hang Lee, who is an expert pathologist who’s worked for Yale University and is currently the Director of Milford Molecular Diagnostics, and a former member of Big Pharma, Laurie Powell – who is now using her knowledge to fight back against the industry.

In addition to featuring these leading experts on vaccines and the pharma industry, the documentary will also include people who have had their lives shattered by the effects of the HPV vaccine. Some are young women who’ve been harmed by the inoculation, while others are family members who’ve been devastated by the vaccine’s toll. The HPV vaccine does not discriminate, and its victims span across the globe. One woman, Emily Tarsell, tells the heartbreaking story of how her daughter, Christina, passed away suddenly after receiving her third and final dose of the Gardasil vaccine. Other young women, like Taylor Wickline, have survived receiving the vaccine but are left to suffer with the symptoms of vaccine injury. Taylor and her mother, Theresa, have been dealing with the ramifications of the HPV vaccine for the last decade.

While most of the documentary focuses on the ill effects of the Gardasil vaccine, it is important to note that the Cervarix vaccine has not fared any better. In Japan, over 100 young women and girls have filed lawsuits against the manufacturers of the two HPV vaccines, Merck (Gardasil) and GlaxoSmithKline (Cervarix). One young woman, a 20-year-old named Erina Sonoda explained that she developed horrible menstrual pains after the second round of Cervarix. Upon getting her third and final shot, that pain began traveling across her entire body – making it difficult for her to perform everyday tasks, including walking. Despite her young age, Sonoda says she now needs a cane, or even a wheelchair on especially bad days, in order to get around. She said the pain was so bad, it felt as if “someone was squashing [her] internal organs”.

While some HPV proponents refuse to acknowledge the suffering of people like Erina Sonoda or Taylor Wickline, and many “vaccine believers” seem to think that their experiences are incidental – yet so many women have been harmed, it hardly seems to be a coincidence.

As ANH-USA reports: “A quick glance at the CDC’s website reveals significant side effects. The Center received about 22,000 reports of adverse events following Gardasil HPV vaccination from June 2006 to March 2013, with 8% of these reports considered serious – among them, 157 deaths and diagnoses of Guillain-Barre Syndrome, encephalitis, brain injury, and seizure (convulsion). This was more side effects reported than for any other vaccine.”

ANH-USA’s groundbreaking documentary will serve as a testament to the fact that the HPV vaccine is not the safe, cancer-preventing magic serum it’s been purported to be.

Who Are The Controllers? (2)

Is Your Consciousness Flexible?