Why Don’t The Amish Get Cancer? 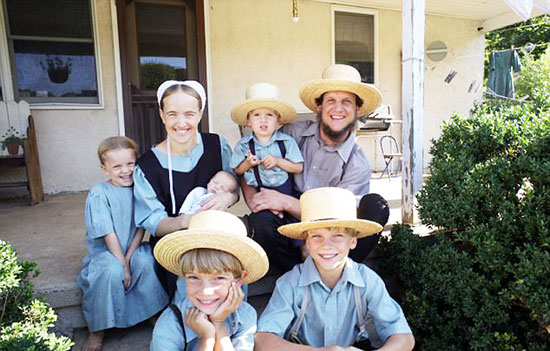 A recent study published in the journal Cancer Causes and Control has revealed that Amish people have virtually no cancer within their population, and are considered the healthiest people in America.

Researchers from Ohio State University originally launched a study on the Amish population to see whether rates of cancer would be higher due to their lack of conventional medical care. What they found, however, shocked them.

The Amish were found to have much lower rates of cancer than the rest of the population, so researchers decided to look more closely at their lifestyle choices and diets to find out why.

Most Amish people do not smoke or drink and they are typically not sexually promiscuous, leading researchers to believe that these lifestyle factors play an important role in the limited number of cancer cases.

Other factors examined include the high amount of physical labor undertaken by the Amish. Most Amish people work in farming, construction, and other production jobs that require intense physical activity that keeps them healthy and in shape. While the rest of America sits in fluorescent-lit cubicles all day, the Amish work hard to produce crops, build furniture and structures, and produce useful goods, which researchers recognize contributes to their excellent health.

Another important factor not specifically examined in the study is the fact that the Amish grow and raise all their own food. They employ time-tested, organic methods that provide them with healthy fruits, vegetables, milk, and other untainted foods that most Americans never get. Rich in living enzymes, vitamins, and nutrients, Amish food is grown and raised the way it should be, resulting in improved health.

While some may ridicule their secluded lifestyle, the Amish commitment to simple, productive lives and clean, local food is benefiting their health in ways that the rest of America can only dream about. When compared to a life of sitting in office buildings all day, eating processed and genetically-modified junk food, and popping prescription medications, it becomes clear which lifestyle is truly deserving of contempt.

In the rare event that an Amish child is autistic, it usually boils down to the child either being adopted after being vaccinated or through public pressure from federal health officials to vaccinate their children.

The following is an excerpt from the article Why Don’t the Amish Have Autistic Children? published on vaccinationcouncil.org:

“Since they have been cut off for hundreds of years from American culture and scientific progress, the Amish may have had less exposure to some new factor triggering autism in the rest of population. The likely culprit: vaccines.

Traveling to the heart of Pennsylvania Dutch country in search of autistic Amish children, the reporter, based on national statistics, should have found as many as 200 children with autism in the community – instead, he found only three, the oldest age 9 or 10.

The first autistic Amish child was a girl who had been brought over from China, adopted by one family only to be given up after becoming overwhelmed by her autism, and then re-adopted by an Amish Mennonite family. (China, India and Indonesia are among countries moving fast to mass-vaccination programs.)

The reporter was unable to determine the vaccination status of the third child.”

One can easily understand the pressure from federal health officials to get the Amish vaccinated because with more cases of Amish autism, the less we can use the Amish population as a “control group” against the case for vaccinations.

One could surmise that a lack of vaccinations in conjuncture with eating on a healthy (non-GMO) diet would be major factors to consider as to why the Amish do not get cancer and have extremely low autism rates.