The average American checks his or her smartphone once every six-and-a-half minutes, or roughly 150 times each day. You probably do this without even thinking about it. This can influence how well we focus and the degree to which we can have meaningful social interactions, especially if we are constantly interrupting ourselves with technology. 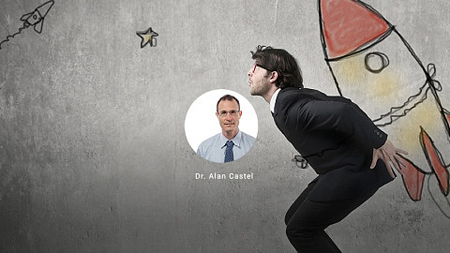 This is a growing issue more so for younger people. However, some people might be more resistant to this constant disruption. Many older adults may have not developed these “checking” or “fear of missing out” habits and may be more focused on the present.

In our rapidly changing world, we value speed and efficiency. However, there is something to be gained by being slow if slow can make you more present, more mindful, and more aware of other people’s perspectives. For example, a slow communicator can be a highly effective one, allowing for natural pauses, such that the audience follows his or her train of thought.

When I first started giving presentations to large audiences (and when teaching classes that had more than 300 students), I was a rapid communicator. With my mind racing a mile a minute, I tried to say everything I knew about a topic in order to be thorough, but I noticed that the crowd didn’t always follow along (perhaps much like the many run-on sentences I have hopefully edited in this article).

Now, I have only one note to myself that I need as a reminder or prompt prior to beginning a presentation: “PAUSE.” I will incorporate more time for questions, get more audience participation, and gauge the degree to which my message has been understood by the audience (especially when I need to compete with Facebook in the large lecture classes).

With pauses and the right tempo, a clear message emerges, often sometimes with fewer words. Being a slow speaker can also make you a good listener, something that might improve with age.

Slowing down can also make you more aware of the simple dangers of walking and falling. Falls can be one major source of hospitalizations and mortality in old age. A book by Dr. Steven Casner, Careful: A User’s Guided to Our Injury Prone Minds, nicely illustrates all the pitfalls we encounter when we stop paying attention. 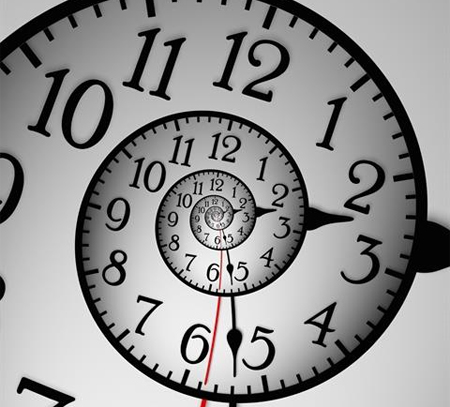 Taking one’s time walking down steps, avoiding a tripping hazard, or being aware of slippery surfaces can be critical at any age. In a New York Times op-ed article about how to reduce risks in life, Pulitzer-Prize-winning author and geographer Jared Diamond notes that bathrooms can be one of the more dangerous places for older adults, due to slipping in the shower.

If you aren’t careful, your daily shower can be very dangerous, especially in older age. One by-product or benefit of old age is there might not be as much of a rush as for a younger person, and one can better appreciate the benefits (if not the need) to being careful, based on the potentially dangerous common-place events and life experiences.

As you might imagine, some kids ate it right away, while others waited patiently – despite it being difficult to resist the sugary treat in front of them. What is most amazing is that the researchers followed up on these children years later: The children who were willing to wait to receive the second marshmallow ended up having higher SAT scores, lower levels of substance abuse, lower likelihood of obesity, better responses to stress, better social skills as reported by their parents, and generally better scores in a range of other life measures.

Good things seem to happen to those that can wait. As a more common example today, a slow Internet connection frustrates most of us. However, it also makes for more mindful searches and more focus and slower consumption of what they yield (as well as an appreciation for faster Internet!).

We may be more thoughtful about how many emails we send, and what we include in these messages. Our sometimes spotty and slow Internet connection at home has also provided our family many breaks during Netflix, in which my daughters will actually talk to me about what they are thinking about, which can often be precious little thoughts, one that would not otherwise be expressed or discussed without these unanticipated pauses.

Thanks to Google Chrome, our children also rejoice when our Internet isn’t working, as they can be entertained by a dinosaur jumping game that automatically displays on the computer screen during this Internet interruption. Remember when the TV would pause for station identification, or just show the bars of color? You (and your brain) might appreciate those pauses at some level. 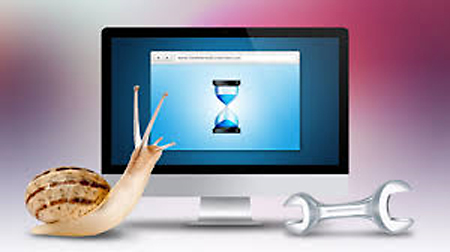 Finally, while we view the speed of obtaining and transmitting information or goods as a necessity, slowing this down can aid in comprehension and appreciation of the message.

Today, there are parts of our life that emphasize the benefits of being slow, ranging from a “slow food movement” to “slow parenting” to “slow jogging” to the mindful slowing associated with a meditation.

We also sometimes enjoy having to be patient, and delayed gratification, in which we need to wait in order to enjoy a reward in the future, whether we are anticipating Christmas presents or a recent on-line purchase that will be delivered in the mail.

Our behaviors also benefit from slowing down, and can make us healthier (see Carl Honoré’s book The Slow Fix). There are benefits to eating more slowly, as this can lead to less food consumption.

Many religions incorporate a day of rest, a time that can allow for reflection and a sense of gratitude. And as we get older, we might see the benefits to slowing down a little bit.

While we often seek to prevent the process of aging, one necessity and potential benefit of aging may be to appreciate the benefits of slowing, enjoy the here and now a little bit more, and not worry so much about the future.