World War III is just one false flag event away

In September of the year 2000, the extremely influential neoconservative think tank Project for the New American Century published a report titled “Rebuilding America’s Defenses” which laid out an agenda for ensuring US world dominance in a post-Cold War world. It called for massive, sweeping changes in the current model for US policy, about which it made the following observation:
“Further, the process of transformation, even if it brings revolutionary change, is likely to be a long one, absent some catastrophic and catalyzing event – like a new Pearl Harbor.ˮ
One year later, the neoconservatives got their “new Pearl Harbor” in the form of 9/11. 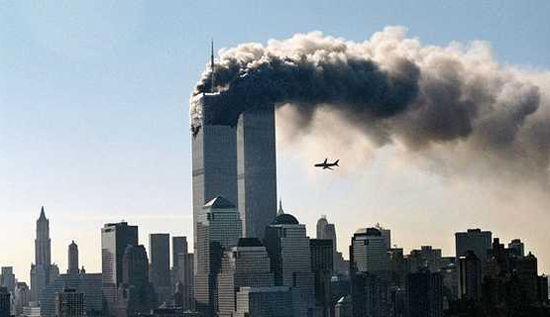 Following the title page of “Rebuilding America’s Defenses” you will find an introduction titled “About the Project for the New American Century”, which begins as follows:
“Established in the spring of 1997, the Project for the New American Century is a nonprofit, educational organization whose goal is to promote American global leadership. The Project is an initiative of the New Citizenship Project. William Kristol is chairman of the Project, and Robert Kagan, Devon Gaffney Cross, Bruce P. Jackson and John R. Bolton serve as directors.”

You may have noticed that I mention some of those names quite a bit in my work, lately with a special focus on Mr. John Robert Bolton, who was named President Trump’s new National Security Advisor. Bolton was one of the leading voices advancing the cause for George W. Bush’s neoconservative wars, and he has remained easily the most aggressively hawkish neoconservative war pundit in Washington as he has continued to defend the Iraq invasion while advocating military aggression against every government which refuses to bow to the US-centralized empire.

Journalist Abby Martin highlighted a Trump quote from January of this year, less than three months before the president would select a primary PNAC architect and insatiable warmonger to the most important advisory position in the executive branch. The quote got lost in the shuffle of the news churn and didn’t get as much attention as it should have.

The quote reads as follows:
“I would love to be able to bring back our country into a great form of unity. Without a major event where people pull together, that’s hard to do. But I would like to do it without that major event because usually that major event is not a good thing.”

We need to start paying attention to these problems.

The Authorization for Use of Military Force Against Terrorists was waved through by Congress in the wake of 9/11, enabling the US to indefinitely station troops in any country with a terrorist presence, even if those terrorists have been armed and funded by the US government. The trauma inflicted upon Americans that September morning was used to corral them into supporting not one but two full-scale ground invasions in Bush’s first term, which killed a million people, destabilized an entire region, and created a deluge of terrorist factions for the US war machine to play with and use to decimate Libya and Syria.

I’m not an expert on 9/11, but I do know for a fact that the preexisting agendas of western warmongers benefited immensely from it, that the official story is riddled with massive plot holes, and that the US-centralized empire has an extensive history of using lies, propaganda and false flags to manufacture support for depraved acts of military violence. There is no reason to give them the benefit of the doubt at this point in history, and there is every reason not to.

The US-centralized empire is now, according to its own data, entering into a state of “post-primacy”, which means in order to advance the neoconservative agenda of global domination something drastic is going to have to occur. In my estimation, that is what we are being prepped for with all this nonstop anti-Russia propaganda today.

This preparation has been necessary. If in 2015 we westerners were told by our Washington overlords that a war against the loose coalition of Iran, Russia and China was now unavoidable because of some new traumatic event, the public would have said “No, go away, we’re not doing that.” It really would have been a case if they had a war and nobody came. The illusion would have been shattered, trust in the establishment broken, trust in the media propaganda machine never to be restored again, and a wide open door for us all to throw off the machinations of existing power structures and build something new and healthy.

So they’ve needed to prep us, and they have been doing so with remarkable success. Prior to the end of 2016 the average American rarely even thought about Russia, almost never thought about Vladimir Putin, and had no idea what a Kremlin was.

Now hatred for Russia is at the forefront of consciousness in mainstream America, and now infected the UK as well and is quickly metastasizing throughout Australia and Europe. The wood has been slowly dried for some major future event, and a false flag event will be like a lit match on the kindling. The media will pick it up and run with it full-throttle, and people will be herded by fear toward the war door.

It won’t have to come from the US government. The new western empire is virtually borderless, and any government or group that is loyal to it could be enlisted to help enact such an agenda, making a false flag much harder to spot. It will likely take a great deal of inner clarity to see past the deception at first.

But we can still say no. We can all work to circulate awareness about where this all seems like it may be headed, so that when the event finally happens we can still say “No, go away, we’re not doing that.”

We need to start sowing the seeds of doubt now, though, to inoculate as many people as possible from a future military psyop. Let people know what John Bolton is, tell them about PNAC, about America’s history of using lies, propaganda and false flags to manufacture support for military operations. They can still have a war to which nobody came.

If we can pull that off, we can shrug off the oppression machine like a heavy coat on a warm day and build a healthy world together. We just have to wake up fast as a species before they drop the hammer.