The Secret Space Program and the Cabal 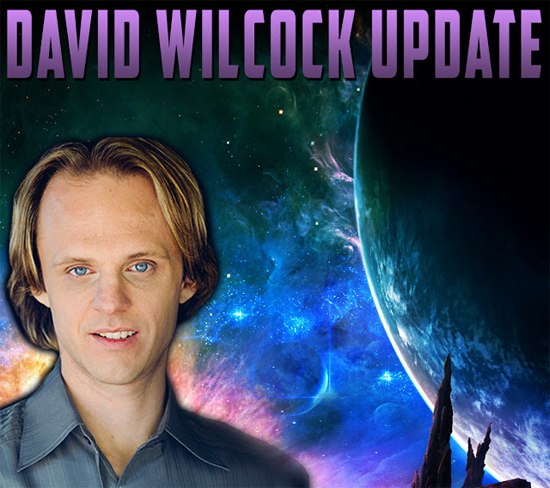 The Cabal apparently did far more than just identify ancient ruins throughout our solar system. They created massive money-laundering operations. The proceeds were used to build habitable bases on the moon, Mars, the moons of Saturn and elsewhere, according to multiple insiders. In some cases, elaborate Ancient Builder Race cities built underneath the surfaces of planets and moons could simply be sealed, pressurized and re-occupied.

It seems hard to believe that a community within our own military-industrial complex could have kept a secret this massive. Nonetheless, the number of different insiders who have told me the same exact things, coupled with the hard data I presented in The Ascension Mysteries, has convinced me that this is the truth. My video The Antarctic Atlantis, from 2017, is a must-see overview of these intriguing facts.

Why In The World Would They Hide The Truth From Us?

Apart from whatever skeptical quibbling people love to throw around on the Internet, let’s just assume all of this was really true. After all, we now have the Huffington Post openly reporting that top military personnel are about to start a UFO disclosure process.

I have had direct contact with multiple insiders who experienced this greater reality as an everyday part of their lives — long before meeting Corey Goode. The truth seems so amazing, and so cool, that it is almost impossible to imagine how such a majestic (ahem), expanded reality could be kept hidden from us. Yet, the ultimate answer is very simple: Money and Power.

The same insiders who have, in some cases, visited underground or off-planet cities, flown in exotic craft and met up directly with a variety of humanlike ETs have a sad story to tell. We find out that the world is not run by elected governments. Voting has done very little to turn the tide across many centuries of time.

I have said this many times before, and go into great detail about it in Financial Tyranny, but here we go. The Roman Empire never really was defeated. The Empire never ended, as Philip K. Dick revealed in his books Valis and Radio Free Albemuth.
Instead, the Empire just transferred its operations to England in early AD, and eventually re-emerged as the British Empire.

The original Roman baths, from as early as circa 100 AD, can still be visited in the city of Bath, England – and I toured them in person a few years ago. The Vatican had amassed the greatest wealth in the world, long before transferring its operations to England. The Romans also kept most of the documents in the ancient Library of Alexandria, and only burned tax forms and census documents in the classic fire. The rest of these precious documents – which apparently include books written by extraterrestrial civilizations – were relocated to the Vatican Library.

The Templars Eventually Worked It Out

The Templars became a powerful breakaway faction after being overthrown by the Pope and the King of France. They were able to intercept as much as 80 percent of the gold coming out of the Americas, if not more – and became very wealthy and powerful. They later infiltrated and conquered Britain, as of Henry VIII, and formed an “operating agreement” with the Vatican. 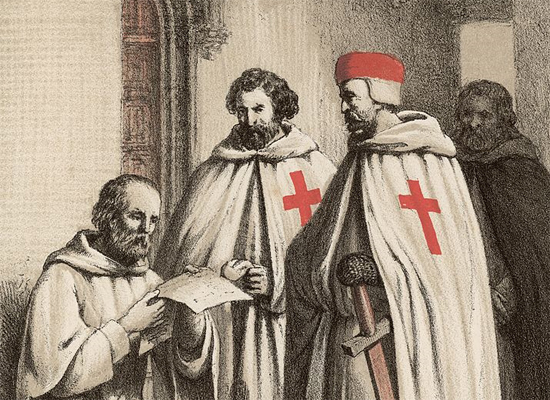 The details of this intriguing story can be found in Born in Blood by John Robinson, which is admittedly not the easiest book to read. Robinson was allowed to read secret Masonic books that could not be removed from the library they were stored in. From them, he was able to piece together this amazing story. Shortly after releasing this book, someone appears to have felt that he revealed too much – as he died unexpectedly. 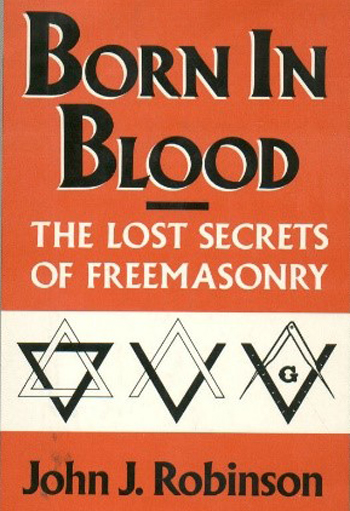 This ancient group still has three main power centers in today’s world, each of which are legally considered nation-states:
– Vatican City is considered the spiritual center of the organization;
– City of London is used as their financial center;
– Washington, DC was, until recently, their primary center of military power. 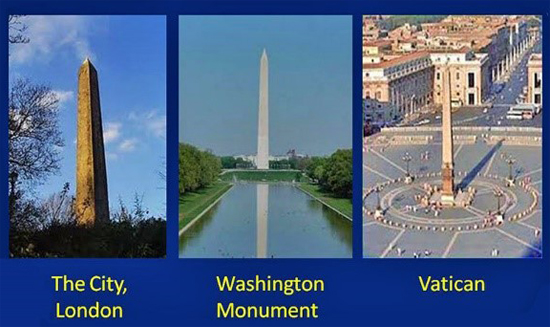 Some of what we learn about this ancient order is very interesting, and other things are extremely troubling. Very disappointing information has emerged about pedophilia practices in the Vatican, including “historic” arrests that occurred in June 2017. These arrests do seem to be the result of the Alliance quietly rooting out Cabal elements from within the Vatican itself, as insiders have revealed.

Multiple high-profile pedophile arrests and exposures have occurred in the British government, at the highest levels, as well – again thanks to the Alliance. This included a top TV personality, Jimmy Savile, who raped at least hundreds of victims while enjoying the full protection of the BBC and elite treatment.
WikiLeaks emails were only the latest in a long chain of evidence suggesting this problem is very extreme within US political circles as well.
Amy Berg’s documentary An Open Secret reveals how severe this problem is in Hollywood. I covered this Hollywood connection in detail in Endgame, which was my definitive summary of the WikiLeaks disclosures in 2016.

The Harvey Weinstein expose is almost certainly the work of the Alliance. The Vegas shooting may have been intended to distract us from this story.
Insiders routinely say these sexual practices are encouraged, if not enforced, to ensure that if anyone steps out of line, they can be blackmailed and defeated.
Any type of abusive culture like this is often generational in nature. Those who were abused as children may end up abusing others as adults.

One of the greatest secrets these insiders reveal is that the world has been manipulated for millennia by this same ancient cult, which predates Rome. Yes, the Templars were a breakaway faction, and there have been others at various times, but they have worked things out – at least up until recently. This group has religious beliefs that are unusual and very secretive. Yet, at the same time they routinely engage in multi-million-dollar marketing campaigns.

These campaigns appear within certain video games, television shows, music videos, awards ceremonies and films, among other means. They openly and flagrantly advertise their philosophies and symbols, which many have interpreted as a mocking gesture to the entire world. Part of why they have been “hiding out in the open” is that they did plan to formally reveal their presence and create a New World Order. They only intended to do this once humanity had been brought to its knees by orchestrated, negative events, and were demanding rescue and salvation.
Thankfully, this cult is being very successfully exposed and taken down by a vast international alliance, whose operations we have covered extensively.

This ancient cult is obsessed with Egyptian philosophy, religion and iconography – or at least their own interpretation of it. Therefore, anything Egypt-related provides an almost irresistible temptation for this group to want to be involved in some way. This is why we see prominent Egyptian obelisks in each of their three corporate nation-state centers.

Furthermore, this cult believes that the God most of us see as a benevolent Creator is actually a corrupt, evil entity they often call the Demiurge. This is a concept they inherited directly out of Gnostic scriptures and belief systems, which emerged shortly after the time of Jesus. The Gnostics and other mystery-school members were tortured and killed by the Church, leading them to conclude it must be evil.

They have a curious religion where they believe Lucifer is a benevolent being who wants to set us free from the prison created by the Demiurge. The underpinnings of this Gnostic philosophy are found in the Nag Hammadi scrolls, among other sources. It is very likely that the Vatican Library has far more complete versions of Gnostic documents that have been pieced together from these scrolls.

There may be some people who identify as Gnostics, and believe that the Demiurge is where the real evil resides, whereas Lucifer is harmless. Again, this may sound crazy to you, but if you had spoken to the same people I have had access to, you definitely would realize how serious this is. The traditional Cabal believed that this formed the basis of a religion that was vastly superior – as it revealed a truth no one else possessed.

The corrupt actions of things like the Roman Catholic hierarchy, with their holy wars, inquisitions and pedophilia, are seen as proof of the evil of the Demiurge. Each of the Abrahamic religions – Judaism, Christianity and Islam – has its hands dirty in varying ways. This does not necessarily impugn the teachings of those who these faiths were based upon. Lucifer is seen as a “bringer of light, wisdom and truth” in the Cabal. They generally do not believe in nor use the term Satan.

Changing the meaning of the word Lucifer, in and of itself, is no crime – as long as you are not hurting people, some say. [Although this religious belief has been presented to me in various ways, I do not agree with it, at all – though I do know enough to explain it.] The problem, however, is that some have taken this idea of Luciferianism and extended it into very, very dark directions.

If you grow up believing that you are “God’s Chosen” and everyone else is brainwashed by a corrupt, evil god, you may believe you are part of an Elite. If you are then taught that the Earth, the solar system and indeed the universe are all products of this malevolent Demiurge that could devalue all life greatly, you may come to think that we are all prisoners in a “trap” set out by the Demiurge. This includes the idea of reincarnation.

Killing someone, in that sense, is simply recycling them back into a system controlled by a fallen god. This group believes the only way to escape this “prison” is to become Illuminated. Hence they refer to themselves as “Illuminati”. Far from being an ancient, obscure movement that faded out in the 1700s, there is a very prevalent group that still uses this name to refer to themselves. In order to remove some of the ridicule factor and occult allure, the Alliance has asked us to simply refer to them as the Cabal. This same international alliance is now working diligently to defeat them.

With All That in Mind…

Now that we have reviewed some of the information we have been presenting all these years, we are ready to delve into the story of this mass shooting. You may laugh at some of these connections at first. This is often a defense mechanism in the face of very upsetting information. Again, I do believe the truth will set us free. Despite how ugly some of these conclusions will be, they are well supported by the existing evidence we have presented.

World War III is just one false flag event away