You Can’t Stop The Cycle: The Next Few Years Will Change Everything

“2018’s valuation records are astounding in that they show the S&P 500 to be more fundamentally over-valued than it was at the prior two historic stock market valuation peaks in 1929 and 2000, bona fide speculative manias.” – From Crescat Capital’s recent investor letter. 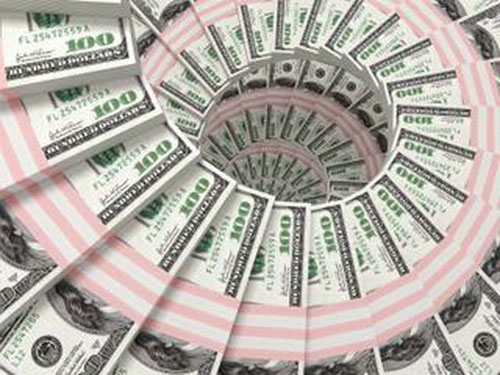 Cycles are perhaps the most natural and common occurrence in the universe. The planets orbit the sun, seasons change, day turns to night and night back to day, humans are born, grow old and die.

Some of these cycles are more pleasant to think about than others, but their consistent occurrence remains factually unassailable. Indeed, it could be said that a human life itself consists of an endless series of encounters with various cycles. Cycles of the natural world and cycles created by humans themselves. Human created cycles are the focal point of today’s piece.

Over the past few months it’s become increasingly clear that the artificial economic cycle we’ve been living in for about a decade is on its last leg. In order to understand how significant this is, it’s important to recap what the last ten years actually represented.

It didn’t represent a healthy economic growth cycle, but rather an insanely irresponsible, and arguably criminal, manufactured bubble boom where central banks printed enormous amounts of money to inflate asset prices like stocks, bonds and real estate. In this deranged mission they succeeded, but at a great cost to social stability.

“To narrow it down even further, it wasn’t just very rich boomers, it was very rich boomer financial types. They love stocks, bonds and real estate even more than the average boomer. So they went nuts.” — Michael Krieger (Liberty Blitz, January 18, 2019).

While many still attempt to deny it, any honest assessment of the post-crisis response will conclude that government and central bank policy helped further enrich the people who needed help the least. As such, we’re now sitting on wealth concentration in America at the highest levels since right before the Great Depression.

In 1929 — before Wall Street’s crash unleashed the Great Depression — the top 0.1% richest adults’ share of total household wealth was close to 25%, according to Gabriel Zucman’s paper Global Wealth Inequality, which was distributed by the US National Bureau of Economic Research.

Those rates plunged in the early 1930s and continued dropping to below 10% in the late 1970s, findings show. Rates have been on the rebound since the early 1980s, and are currently close to 20%.

Other researchers have also drawn parallels between the present and the past. The Economic Policy Institute, a left-leaning Washington D.C. think tank, estimates that America’s top-earning 1% took in 22% of all national income. The organization said in 1928, 23.9% of the country’s income went to the top 1%.

The average person may not be able to describe in detail how the financial system works, but it hasn’t been lost on the masses that the bailouts and subsequent bubble driven recovery benefitted a particular segment of the population far more than others. This understanding has led to a surge in populism throughout the developed world.

While those with their heads in the sand try to blame Russia or racism for Trump’s election, what created the fertile political ground for that to happen was the corrupt and deceitful response to the financial crisis. As such, Americans are now several years into a populist political cycle that shows no signs of dissipating, and the economic cycle should be joining it shortly.

Equally significant is the generational cycle. Birth rates are at a 30-year low in part because millennials are too broke and in debt to buy homes and start a family. This is now the largest voting bloc in American politics, and it seems they won’t just sit around and continue to get systemically fleeced well into their 30s. This is why socialism is becoming popular.

“Socialism for the rich has worked so well in the United States that now the poor want it too!” — Chris Carolan (Spiralcal, February 11, 2019).

The point is we have a whole bunch of major cycles, all at key inflection points simultaneously colliding with each other, yet the consensus view seems to be that the status quo’s just going to continue along as it has in the past.
It won’t. The next few years will change everything.