10 Monumentally False Claims Made by Conventional Medicine about Health 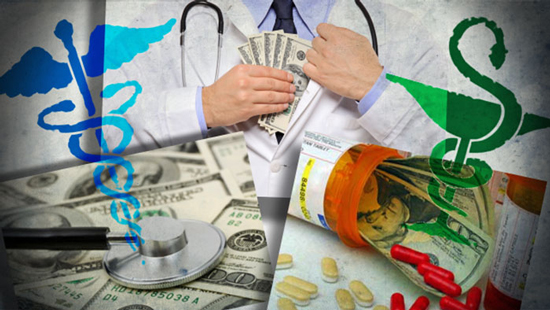 It starts with a deliberate narrow corporate sponsored curriculum in medical schools. This essentially mechanistic, pharmaceutical drug-based approach to health takes the focus of attention away from other alternative health practices to reduce competition.

In research institutions, ulterior motives find their way into corporate sponsored bad science to favour desired experimental outcomes related to profit. Crooked approval bodies then turn a blind eye to a new product’s potential harm while there are agendized political self-interests from corrupt politicians having their hand in allowing the product to get into the market.

Then there’s the paid off mainstream media to repetitively spread the related lies, deception and cover-ups… In short, money is stronger than truth.

The health care system is a dismal failure because of these greed-driven corporations, governments and related crooked institutions. Indeed, they don’t have our best interest at heart and are capable of doing far more harm than good.

In light of this, here are 10 monumentally false claims made by conventional medicine about health:

Because of a lack of scientific evidence, particularly from Brazil in recent years, the claim that the Zika virus causes microcephaly (severe birth defects resulting in an abnormally small head circumference) has received some major challenges. The CDC claimed that Zika was mainly transmitted via the mosquito Aedes Aegypti. They stated that the transmitted virus finds its way into the pregnant mother and then infects her foetus causing microcephaly.

However, the Brazilian health authorities admitted that there was some other cause and effect relationship because of the lack of evidence supporting the mosquito claim. This was backed up by a study from the New England Journal of Medicine. Having examined 12,000 Zika infected women, no microcephaly was found. So it was concluded that Zika does not cause microcephaly.

Consider the media-hyped hysteria prior to this conclusion. What about the unnecessary toxic chemical spraying to kill off the disease-carrying mosquitoes, forced abortions, vaccines and drugs used as countermeasures based on a false pretext? Then there are the biotech companies who greatly benefitted from manufacturing their GM mosquitoes.

The Zika claim was a deliberately created scam for profit and the advancement of hidden agendas, such as a depopulation agenda (Agenda 21, which later on became Agenda 2030), typical of a false flag disease. Whether it’s Zika or any other claim more people need to wake up and recognise the patterns that make up a false flag disease to then take the necessary opposing action.

The harmful effects of invisible EMF’s are only perceived when ill-health manifests as a consequence of usage. Used in conjunction with the various wireless apps; cell phones, laptops, tablets, smart meters, microwave ovens and other radiations sources, these EMF sources interfere with our own natural bio-electromagnetic energy fields.

Do your research and pay heed to the potential dangers of this deceptively harmful technology.

False claim #3 – Only conventional medicine can effectively treat the life-threatening illnesses such as cancer, heart disease and diabetes 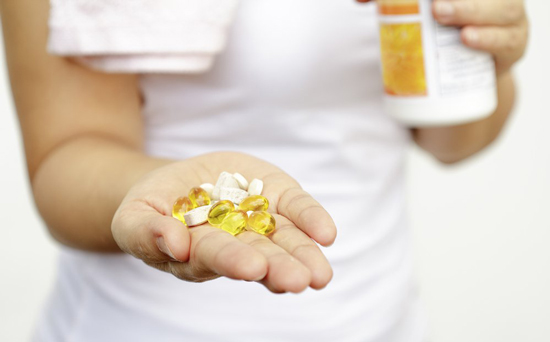 As already mentioned with medical schools, when it comes to the treatment of disease, anything outside of conventional medicine’s mechanistic, pharmaceutical drug-based approach is basically ignored. Very little, or not enough time (if any time at all), is devoted to the highly effective roles played by the mind-body-spirit connection, nutrition, water and the environment in health and healing.

In relationship to health and healing how can anyone not give these factors serious attention when they address the very fabric of our being? This wilful ignorance has made conventional medicine blind to the facts that there are cheaper, non-toxic, natural, alternative approaches that have produced highly effective results though addressing the above factors and are capable of curing life-threatening disease.

Cancer can be used as an example of the role nutrition plays in the prevention/reversal of the life-threatening illnesses. Conventional medicine’s wing, the Cancer Research establishment, has basically ignored the life-saving, healing capabilities of diet/nutrition. Take, for instance, the acid and alkaline diets.

It has been established that the body’s blood pH lies somewhere between 7.3 – 7.45. If your blood pH is outside this range then you’d be dead. If someone eats toxic acid foods (essentially junk food) frequent and long-term, lowering the blood’s pH, then this could lead to a serious illness such as cancer.

The healthier option is to eat alkaline foods (e.g. pineapple juice, greens such as broccoli, spinach, watercress and the anti-cancer B17 rich foods like apricots or almonds etc.) that alkalize the body by giving rise to a higher blood pH.

Further, conventional medicine has invalidated, suppressed or even ridiculed a number of brilliant and humane innovators with their cancer cures related to diet/nutrition.

There are, for examples, the highly effective Gerson Therapy pioneered by Max Gerson, Harry Hoxey’s herbal remedies and Dr. Tullio Simoncini’s Cancer is a Fungus, promoting the use of sodium bicarbonate injections. All these innovations deal with a metabolic dietary deficiency related to a frequent and long-term bad acid diet.

Not true. All the cancer establishment can say for sure is that mammograms detect tumours. However, erroneously concluding positive for cancer test results regularly occur.

For instance, from a recent Swedish study involving some 60,000 women it was found that 70% of the tumours detected mamographically were not cancer as claimed. They were in fact benign.

Incidentally, mammograms increase the chances of cancer because of the radiation effects. The safer, alternative option for breast cancer screening is infra-red thermography.

For well over 50 years, the biotech industry has had one major misunderstanding: it’s the idea that 1 gene codes for 1 protein. After completion of the Human Genome Project in the early part of this millennium it was shown that the 1 gene codes for 1 protein theory had not been correct and was oversimplified. Inserting one gene into a plant’s DNA has not just given rise to 1 protein but a number of other toxic rogue proteins leading to illnesses for consumers of GM foods.

“Feeding the world” and unnecessary GM foods have produced lower than anticipated yields. 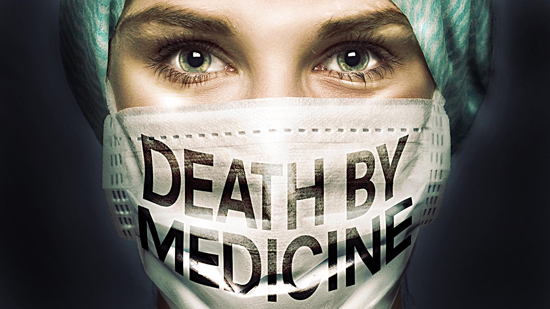 Officials of sorts making the blanket statement that “vaccines are safe” should be held morally and criminally responsible. Consider the toxic overload children receive before the age of 6 years from some 30 plus different vaccinations (and rising), assaulting their developing immune systems, resulting in a number of illnesses or deaths.

Often associated with vaccination is the term “immunization”. This in fact is a misnomer. Vaccination is NOT immunization and this needs to be legally and scientifically challenged. Toxic, poisonous vaccines with their aluminium, mercury-based compounds, carboxylic acids, formaldehyde, protein foreign bodies and the many other nasty little critters have counterproductive synergistic effects when injected into the body: thus, vaccines do the opposite to immunize, as immunity is not allowed to naturally develop.

The claim that fluoride stops tooth decay is highly questionable with many contradictory findings. For example, tooth decay in fluoridated countries is no different to non-fluoridated countries. There have also been a number of studies to show that it is a nasty poison detrimental to health. Health institutions such as the American Medical Association have allowed these shocking revelations go by unheeded.

Essentially, fluoride:
– at a concentration a little as 1ppm disrupts our enzymes responsible for DNA repair by half causing premature ageing;
– affects our nervous and hormonal systems by denaturing (putting out of shape) our enzymes;
– lowers IQ;
– is a carcinogen;
– affects thyroid function;
– may cause infertility;
– causes fractured bones;
– calcifies the pineal gland.

Conventional medicine with the help of the mainstream media’s fanfare and fear mongering has managed to pull the wool over so many people’s eyes on this one. The claim that high cholesterol means a heart attack is on its way is a myth that has made billions for Big Pharma from statins drug sales as unnecessary treatment.

Contrary to popular belief:
– Atherosclerotic plaque formations (narrowing or clogging of arteries) indicative of heart disease can manifest regardless of blood cholesterol levels.
– The body produces around 3 times more cholesterol than that from your diet. So a steady diet of low cholesterol foods is highly unlikely to reduce your blood cholesterol.
– Stains used to lower cholesterol have failed to reduce heart mortality and totally mortality rates.

Don’t be a fool for the great cholesterol deception.

False claim #10 – The symptoms are the cause of illness

No! The symptoms are just indicators or the knock-on effects of some underlying root cause. Treat the symptoms and not address the root-cause then the illness will forever return. More and more people are becoming aware that this is how conventional medicine’s Big Pharma drug treatment works and why it is failing us while they make tons of money on returning customers who will never be cured.

Sadly, indeed, many people are still clueless to this deception while getting even sicker due to the drugs’ side effects.

Don’t take for granted what health authorities are telling you or don’t blindly go into agreement with the sheep-like masses when it comes to health matters. Save yourself the unnecessary suffering or even death. Know that by doing your own vigilant and careful research your health is in your hands.