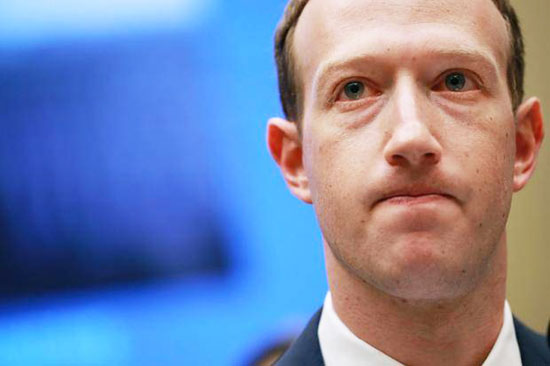 We offer below all the questions Facebook CEO Mark Zuckerberg backed out of or couldn’t answer during his U.S. Senate hearing on April 10.

Facebook CEO Mark Zuckerberg looked uneasy as he gave testimony for five hours before 44 Senators. The next day, he appeared before 55 members of the House of Representative regarding the role of Facebook and to how the company can address consumer data-privacy concerns in the wake of the Facebook/Cambridge Analytica scandal.

The New York Times reports that Zuckerberg has trained for weeks to face the three congressional committees in the two separate hearings on April 10 and 11, but he was clearly unprepared for a number of questions directed at him by the members on Capitol Hill, some of which required technical expertise and specific figures that the Facebook CEO was unable to provide.

When pressed for an answer, Zuckerberg relied on a number of variations of “If you’d like, I can have my team follow up with you after this”, without ever actually committing to provide a response.

The Business Insider put together a list of questions and demands Zuckerberg was unable to answer and agreed to follow up with senators:
– A list of applications that Facebook has previously banned because data was transferred in violation of Facebook’s terms – Sen. Chuck Grassley;
– The number of audits Facebook has conducted to ensure deletion of improperly transferred data, or “anything about the specific past stats, that would be interesting” – Sen. Chuck Grassley;
– The number of accounts linked to the Internet Research Agency, a pro-Kremlin propaganda group that Facebook has taken down – Sen. Dianne Feinstein;
– Whether any Facebook employees worked with Cambridge Analytica while the data analytics company was working with Donald Trump’s 2016 presidential campaign – Sen. Maria Cantwell;
– Whether the feature for adults using Facebook Messenger on Android to opt into using the app in combination with messaging and allow Facebook to collect data about their calls or texts holds true for minors as well – Sen. Roger Wicker;
– A detailed explanation of whether – and, if so, how – Facebook tracks a user’s internet-browsing activity even after they have logged off of Facebook’s platform. Zuckerberg said that Facebook uses cookies for security and ad-measuring purposes but that he wanted “to be precise” in his response – Sen. Roger Wicker;
– How Facebook discloses to its users the tracking practices that take place after users log off – Sen. Roger Wicker;
– Whether the specific “unverified divisive pages” on Facebook that Leahy displayed during the testimony are groups created by Russians – Sen. Patrick Leahy;
– A breakdown by state of the 87 million profiles Facebook estimates to have had data swept up in the Cambridge Analytica scandal – Sens. Amy Klobuchar and Dean Heller (Heller asked for Nevada specifically);
– Whether there’s overlap with the 126 million users who may have seen content shared by Facebook groups associated with the Internet Research Agency and those affected by the Cambridge Analytica scandal. Zuckerberg said that an investigation was underway and that Facebook thinks it’s possible there could be a connection – Sen. Amy Klobuchar;
– Whether it’s possible that the data Cambridge Analytica stored is in Russia – Sen. Amy Klobuchar;
– An explanation of how Facebook treats data on devices not logged into it – Sen. Roy Blunt;
– Whether Facebook’s bug bounty program will address impermissible sharing of information and not just unauthorized access to it – Sen. Jerry Moran;
– Why Facebook moved for the dismissal of a discrimination lawsuit against it that argued that its tools allowed advertisers to not target certain groups, including people of color, for some housing and employment opportunities – Sen. Cory Booker;
– How long Facebook keeps users’ data after they delete their Facebook or Instagram account and whether that data can sit in backup copies – Sens. Dean Heller and Cory Gardner;
– A breakdown of the principles that Facebook will use to guide the development of artificial-intelligence practices, details about those practices, and how they could help users – Sen. Gary Peters;
– A list of the firms other than Cambridge Analytica to which Aleksandr Kogan sold the Facebook user data he collected. Zuckerberg identified Eunoia but said there may have been a couple of others – Sen. Tammy Baldwin;
– More information about how Facebook is accounting for organizations based outside the US when providing transparency about political ads – Sen. Tammy Baldwin;
– Whether the government or federal officials can track what a person’s doing, with or without a warrant, on the social network – Sen. Cory Gardner.

In what was almost a foregone conclusion once these hearings were announced, there was a direct push to have Zuckerberg agree to engage in policy conversations surrounding various forms of data-privacy legislation/regulation, including the Honest Ads Act (Klobuchar), the My Data Act (Sen. Richard Blumenthal), and the Consent Act (Sen. Ed Markey), and acknowledging that government regulation of social media is “inevitable”.

A number senators asked Zuckerberg to follow-up, according to Business Insider, asking the Facebook CEO to do the following:
– Submit regulation proposals to prevent a monopoly in the industry (though exactly which industry was unclear) – Sen. Lindsey Graham;
– Implement a 72-hour rule to notify users of a data breach – Sen. Amy Klobuchar;
– Discuss the details of allowing civil-rights organizations to audit the companies dealing in areas of credit and housing – Sen. Cory Booker;
– Discuss whether there should be financial penalties when large data providers like Facebook are breached – Sen. Maggie Hassan;
– Send a Facebook representative to a meeting of chief executives and senior leaders to discuss the sale of illegal drugs online – Sen. Shelley Moore Capito;
– Discuss creating legislation that unequivocally says users own their data and that makes a “stronger affirmative opt-in requirement” for Facebook – Sen. Todd Young.

The Congressional record remains open for 14 days after the hearings, allowing for members of Congress to submit questions in writing, during which time Zuckerberg is able to make corrections to his testimony.

Everyone Has 3 Kinds Of Relationships In Their Life!