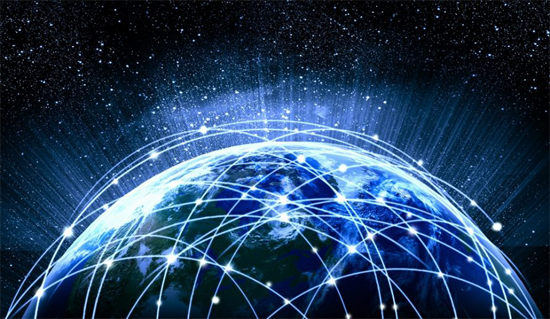 5G speed, for people who must download a whole season of their favorite show in two seconds:
“It’s the next (fifth) generation of cellular technology which promises to greatly enhance the speed, coverage and responsiveness of wireless networks. How fast are we talking about? Think 10 to 100 times speedier than your typical cellular connection, and even faster than anything you can get with a physical fiber-optic cable going into your house. (You’ll be able to download a season’s worth of ‘Stranger Things’ in seconds.)”

Lunatic 5G installation of small transmitters packed close together every few hundred feet:
“The next big thing in cellular technology, 5G, will bring lightning-fast wireless Internet – and thousands of antenna-topped poles to many neighborhoods where cell towers have long been banned.”

“Wireless companies are asking Congress and state lawmakers to make it easier to install the poles by preempting local zoning laws that often restrict them, particularly near homes.ˮ

“The lobbying efforts have alarmed local officials across the country. They say they need to ensure that their communities do not end up with unsightly poles cluttering sidewalks, roadsides and the edges of front yards.”

“They also are hearing from residents worried about possible long-term health risks. Until now, much of the cell equipment that emits radio-frequency energy has been housed on large towers typically kept hundreds of feet from homes [also harmful to health].ˮ

“The new ‘small cell’ technology uses far more antennas and transmitters that are smaller and lower-powered, but clustered closer together and lower to the ground.” The Washington Post

I keep hammering on this 5G issue, because it contains the blueprint of a future only elite madmen want.

For the rest of us, it’s a catastrophe in the making.

In this article I want to flesh out the hidden agenda.

A few decades ago, a movement was started to create an interconnected power grid for the whole planet. We were told this would be the only way to avoid wasting huge amounts of electricity and, voila, bring all nations and all people into a modern XXI century.

But now, it’s a different story, a classic bait and switch. The bait was the promise of One Grid for all. The switch is what 5G will bring us:

Who really cares whether his 5G-connected refrigerator keeps track of the food items inside it and orders new items when the supply dwindles? Who has to have a 5G driverless car that takes him to work?

Who must have a 5G stove that senses what is being cooked and sets the temperature for four minutes? Who lives and who dies if a washing machine doesn’t measure how much soap is stored inside and doesn’t order new soap? Who is demanding a hundred devices in his home that spy on him and record his actions?

With 5G, the ultimate goal is: every device in every home that uses energy will be “its own computer,” and the planetary grid will connect ALL these devices to a monitoring and regulating Energy Authority.

As Patrick Wood details in his classic, Technocracy Rising, that worldwide Energy Authority was the dream of the men who launched the Technocracy movement, in America, in the 1930s.

They set out the key requirements – which weren’t technically possible then, but are quite doable now: continuous real-time measuring of both energy production and energy use from one end of the planet to the other.

So that both energy production and energy consumption could be controlled. “For the good of all,” of course.

5G is the technology for making this happen.

“We’re promising a stunning long-range future of ‘automatic homes’, where everything is done for you. But really, that’s the cover story.ˮ

“Ultimately, we want to be able to measure every unit of energy used by every device in every home – and through AI, regulate how much energy we will let every individual consume, moment to moment. We control energy. We are the energy masters. If you want to run and operate and dominate the world, you control its energy.”

Terms and projects like smart grid, smart meters, sustainability, Agenda 21, smart cities, climate change – all this is Technocratic planning and justification for Rule through Energy. 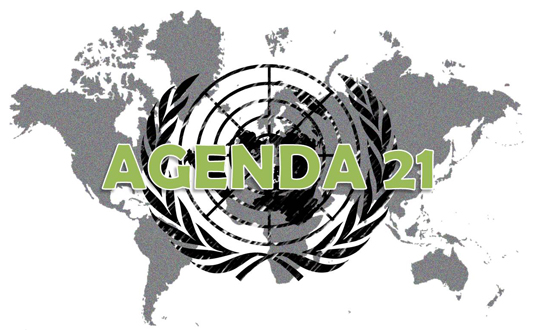 The beginning of an actual rational plan for energy would start this way: DUMP 5G! Dump the whole plan of installing small transmitter-cells on buildings and homes and trees and lampposts and fences all over the planet. Forget it.

If some movie star wants to install 30 generators on his property and have engineers build him an automatic home, where he can sit back, flip a switch, and have three androids carry him into his bathtub and wash him and dry him, fine. But planning a smart city? Who voted for that? Who gave informed consent? Nobody.

A global Energy Authority, of course, is going to decide that a small African country needs to be given much more energy, while Germany or France or the US will have to sacrifice energy for the cause of social justice.

But this is yet another con, because you won’t see government cleaning up the contaminated water supplies of that small African country, or installing modern sanitation, or curtailing the forced movement of populations into poverty-stricken cities, or reclaiming vast farm land stolen by mega-corporations and giving that land back to local farmers.

The whole hidden purpose of an Energy Authority is control.

And because the Authority is Globalist and Technocratic, it aims to lower energy use in industrial nations and help wreck their economies, making it much easier to move in and take over those countries.

Having said all this, there are gaps in our knowledge about 5G. For example, who in his right mind would propose a wireless system that relies on many, many, many cells/transmitters placed closely to each other, all over the world?

This system would be far more vulnerable to physical disruption than the present 4G.

You can find many articles that claim the US military must have 5G for their most advanced planes – and for their developing AI-controlled weapons. How does that work? Where will all the transmitter/cells be placed on the ground and in the air?
Something is missing here.

Is there another version of 5G we’re not being told about? Is geoengineering of the atmosphere the means for tuning up space so 5G signals can be passed along without cells/transmitters?

Part of the US obsession to bring 5G online quickly stems from competition with China, which at the moment is in the lead on developing and exporting the technology. “If China has it, we have to have it sooner and better.” This attitude sidesteps the issue of why we must have 5G in the first place.

And now there are reports that the US government is considering a plan to build the whole 5G network itself – rather than leaving the job to corporations. Of course, a few favored companies (like Google) would be chosen by the government in a non-bid situation to provide VERY significant help.

If such a plan were to launch, we would have a very tight club at the top of the communications and energy pyramid. And that club would maximize 5G to expand already-saturated surveillance of populations.

Wouldn’t you – if you had nothing better to do than control the world?