Through ever increasing mandates connected to powerful lobbyists influencing healthcare policy in favor of Big Pharma’s profit machine and other giant greed-driven corporations, your health freedom and choices over what you can do with your body is becoming more and more restricted. 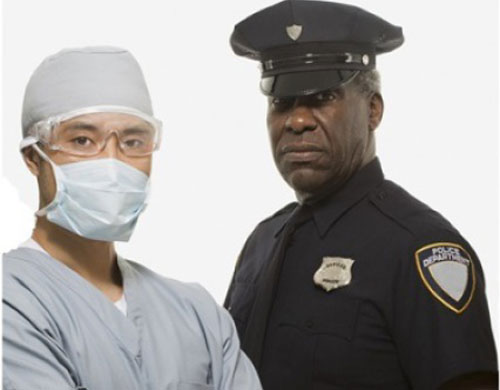 The globalists promoting their limited healthcare system don’t care if the treatment offered is not as efficacious as alternative medicine or may be ineffective, lacking in sound science, or even potentially destructive. Quite simply, they want you to accept it, whether you like it or not.

In effect, this means you’re obligated to partake in a healthcare system that puts profits before the real welfare concern of people.

Given this, here are just 7 ways (out of many) in which your health freedom is restricted and what actions need to be taken.

1. You healthcare choices are limited

Through large and long-term cash injections for R&D, sales and marketing, strict obligatory protocols demanded by approval bodies needed to sell medicines, the big boys of the medical/pharmaceutical establishment have created a system that makes it hard for their competitors to compete with. Thus, the establishment has monopolized the health industry, making your health choices limited to their healthcare.

2. You could be criminalized for using alternative medicine


Refusing to comply with conventional medicine’s directives and mandates by using unapproved alternative treatment regardless of efficacy could get you into big trouble. You could for instance be imprisoned for curing and saving lives.

Take the case of Sarah Ellett from Utah, a mother outlawed for saving her 4 year old daughter’s life through giving her medical cannabis; and as another result of the treatment, the girl could walk again…


Unconstitutional mandatory healthcare practice not only violates freedom, but could also lead to illness or even death through your body’s inability to deal with the toxic onslaught of chemical-based medicine forced upon you. This gives no consideration to natural immunity; your body’s ability to fight infection and heal itself. There couldn’t be a better example of this medical tyranny than the push for mandatory vaccinations.


A number of us are aware of the growing government sponsored databases used to obsessively collect information on just about every aspect of our lives for monitoring purposes. Detailed information on our health is no exception. 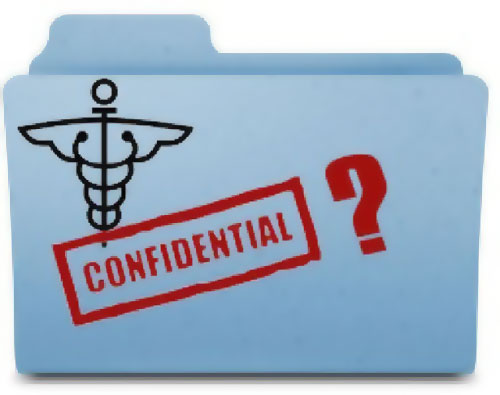 For example, in America the US government’s document Modern Interoperable Electronic Health Ecosystem outlines the plans for implementing an extensive database on the health of all US citizens. Essentially, reading between the lines, this somewhat overall euphemistic document raises a number of issues and concerns when considering advancing medical tyranny:

a) Given that all information will be collected on the health of citizens and the type of healthcare given; doctor visits, pharmaceutical drugs prescribed and the sources, genetic testing if any…, what about the records revealing homeopathic or naturopathic treatment? If you’ve had these alternative treatments will they be held against you for not following conventional medicine’s guidelines?

b) Following on, let’s say you have high cholesterol. Could the data mining flag you down for this and then tell you to take statins? You may know that these money spinning statins drugs are ineffective and therefore not needed, but conventional medicine, in their ignorance, has other views. Will your refusal to accept stains lead you to becoming a victim of medical tyranny?

That may sound drastic to some, but who knows what could happen in time and what about other scenarios?

c) The database will include a record of your payment history. Bearing in mind this will include: how you obtained funds, if you’re in debt through healthcare costs, financial legal situation, bankruptcy reports if any and anything else related to your personal life. This information could open doors to outside interests without your permission.

The Modern Interoperable Electronic Health Ecosystem is part of a larger picture related to the government’s New Cancer Task Force which is nothing more than an ineffective cancer cure incentive/program that will rake in even more money for Big Pharma and Big US Government.

5. The push for limiting your food choices to GMOs


Obama’s signing of the executive order Advancing the Global Health Security Agenda to Achieve a World Safe and Secure from Infectious Disease Threats raises a number issues/concerns about the future of agriculture and non-GM food. How come? It goes like this:

Farm animals are considered to be a possible biological threat, having the potential for disease. So, as part of the countermeasures for countering biological threats from infectious diseases the farm animals will be ‘upgraded’ through genetic engineering to have disease-resistant genes.

If this is allowed, that means many non-GM animals will be slaughtered even when there are only relatively few diseased animals. Then there’s the accompanying mass-media created hysteria during animal outbreaks that will lend its way to people’s approval for taking such actions on the animals. This will also allow globalist organizations to make huge profits on the patency of GM animals.

When it comes to good health and disease prevention, nothing is more important than the food you eat. However, GM food has shown to cause a number of illnesses including diseases and allergies through their toxic modified genes, as in the case of through the consumption of farm animals. Further, this agenda will give the globalists the power to increase their control on the food supply and destroy organic farms even though they are the healthier food option. 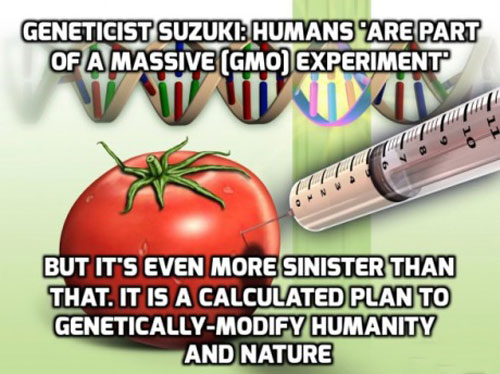 6. You’re unknowingly or unwillingly a subject in a massive experiment and much more…

Following on, through restricting the genetic core of our food supply, GMOs are a dangerous experiment in health. GM food has been shown to be hazardous and species-threatening, especially in the long-term through its genetic modification. However, the favored GM food, like conventional medicine, is tied into subverted science, corrupted politicians and greed-driven corporations.

Another dangerous experiment in recent years, also blindly accepted by the deceived, ignorant and misinformed, are the RF (radio-frequency), low EMFs (electromagnetic frequencies); Wi-Fi, smart meters, microwaves… technologies and their applications such as cell phones laptops and electricity meters.

Everywhere you go you’re bombarded with these health-threatening EMFs, making the healthier option of avoiding them very difficult. Because of ulterior motives, such as moneyed interests, the globalists want to expand these technologies with the intention of having little or no resistance from the public.

The retiring of highly respected and knowledgeable tireless campaigner Olle Johansson warning us of the dangers of EMFs and their applications suggests that he has effectively been silenced. He was told by the Karolinska Institute that his funding had run dry and that his ongoing research into electrohypersensitivity, the adverse effects of EMFs, was no longer needed. Contrary to this decision, the increasing evidence confirming the adverse effects of EMFs clearly indicates that his research has never been more needed.


Health freedom is further restricted by increasing healthcare costs and health insurance. You could be left sick or even end up dead because of your inability to pay for the related overinflated healthcare costs or insurance premiums.

There is much evidence for Big Pharma’s overpricing. How low can it get when Big Pharma charges 10s and 100s of times more than their manufacturing cost for a medicine that prevents death while desperately ill customers end up dead because they can’t afford the treatments?

Obamacare has miserably failed. As planned, it has financially devastated Americans with its skyrocketed “healthcare” leaving many unable to keep up with payment demands.

That concludes just 7 of the many ways in which your health freedom is restricted.


The globalists promoting this fascist agendized greed-driven “one size fits all” allopathic (conventional) healthcare (sickcare) system is capitalism at its worst.

The first step would be to recognize this. Discernment is the key towards taking the appropriate action for your health and that of your family and friends. Recognize when the healthcare offered does not have your best interest at heart. Do your research and spread the word to others on your findings. Some of your health disclosures could be life-saving information…

If it’s not about you, then show your support for others who have been unjustly demonized for taking the alternative view. Sign petitions; join in with the campaigning, circulate your cause on social media to encourage others to join in… whatever it takes.

Do you object to GMOs? Then boycott them. Indeed, not just with GMOs, but the entire globalists health agenda would collapse practically overnight if the people demonstrated a mass refusal to co-operate. Non-co-operation is the key to breaking down the entire globalist system.

Finally, remember the old adage: “prevention is better than cure” .

As mentioned earlier, nothing is more important that the food you eat. Make sure you get a good diet, handle your stress, sleep well, try to avoid toxicity and exercise frequently.

Experts Reveal Techniques Used by the Media to Brainwash & Control Us

8 signs that a global economic crisis is coming soon