Janet Geipel of the University of Trento in Italy posed fictional provocative scenarios to German-, Italian-, and English-speaking college students in each student’s native language and in a second language that they spoke almost fluently. What Geipel found in her 2015 study is that “the use of a foreign language, as opposed to a native language, elicited less harsh moral judgments.” She concluded that a distance is created between emotional and moral topics when speaking in a second language. 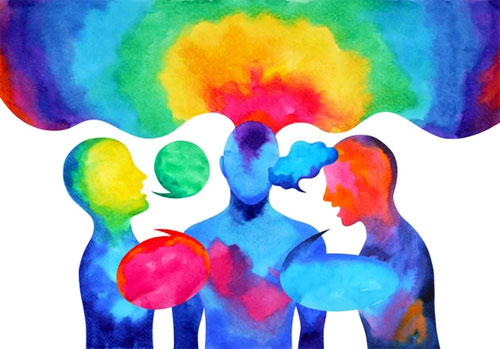 The distinction is an important one: If moral decisions are contingent on the language in which they are posed then the decisions of people who must use a foreign language on a daily basis — immigrants, international corporations, international institutions — would need to be reevaluated. Whether it’s Goldman Sachs in Paris or the United Nations in Burma, decisions made by people speaking their non-native languages appear to be less concerned with morality, and more concerned with rationality and utilitarianism.

Moral decisions tend to be made using two thought processes — one subconscious, one conscious. The emotional content of a dilemma is first understood subconsciously. One reacts to a situation’s emotional content without realizing it. Then there is the conscious evaluation that takes rationality, effort, and cognitive control: just because something is peculiar, doesn’t necessarily mean it is immoral. Psychologist Daniel Kahneman popularized this view of human psychology, referring to the two different modes of thought as “system 1” and “system 2” respectively.

There are many situations where the two systems seem to affect how we think about morality. In 2014, Boaz Keysar and Albert Costa posed the “trolley dilemma” — where pushing one man onto train tracks can save five people from being killed, sacrificing one life to save five — to more than a thousand people in five different languages. They found that people reading the scenario in non-native languages were significantly more likely to push the man, than those reading in their native languages: 33 percent versus 20 percent. The conclusion, Keysar and Costa reasoned, is that the cognitive load required to understand a scenario in a second language creates an emotional distance, and we process the dilemma consciously rather than subconsciously.

Speaking in non-native languages can also free people from self-imposed moral limits. In 1986, Michael Bond and Tat-ming Lai found that Chinese-English bilinguals were more open to discussing embarrassing topics, such as intimate sexual information, when chatting in their non-native language. And in 2010, Jean-Marc Dewaele found that multilinguals from the United Kingdom preferred swearing in their second language, claiming that it allowed them to escape from cultural and social restrictions.

In some ways, switching to a second language can be good. When judgments of immorality are based on some people subconsciously feeling weird or unsettled, then skewed policy tends to follow.

And yet, as the psychologist Nalini Ambady showed in her research, humans make quick judgments on the first available information, and it’s extremely difficult to get past those initial reactions. Our first perception tends to color all future perceptions. (This work formed some of the foundation for Malcolm Gladwell’s book Blink.)

Still, if morally ambiguous scenarios are approached in a second language, that can nudge us toward making decisions consciously and rationally.