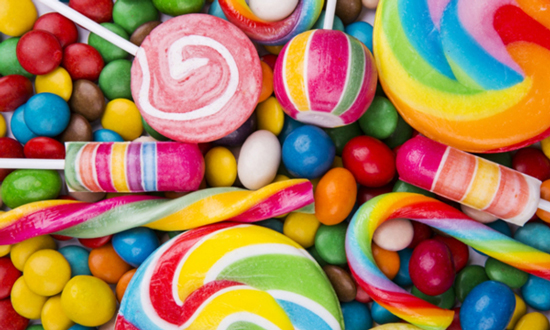 The California Department of Public Health (CDPH) has issued more alerts for lead, a toxic heavy metal found in candy, than for the other three sources of food-borne contamination – Salmonella, Escherichia coli, and Clostridium botulinum – combined. This followed a 2006 state law that mandated food testing, after an analysis of outcomes by researchers at the University of California San Francisco (UCSF) and CDPH.

Until the 2006 law mandated a food surveillance program, the CPDH did not test widely for lead in candy, as compared to the other three contaminants. The study, published in the October 2017 issue of the Environmental Health Perspectives journal, found that only 22 percent of the alerts about food contamination involved lead in candy from the years 2001 to 2006. Analysis of reports from 2001 to 2014 showed that after implementation of the program, 42 percent of the food contamination alerts were for lead in candy alone, most of which were imported.

The study entitled Examining Lead Exposures in California through State-Issued Health Alerts for Food Contamination and an Exposure-Based Candy Testing Program emphasizes active community monitoring to identify lead in food products such as candy so they can be recalled before too many people are poisoned by them. Without this mandate, health experts would have to wait for children to be poisoned before they are able to start looking for the sources, which is in itself, difficult, due to candy being perishable.

Almost 10,000 children in California under the age of six are poisoned each year by lead. Almost one-tenth of these children poisoned are exposed to extremely high levels of the toxic heavy metal. While most efforts are focused on removing exposure from lead found in gasoline, lead-based paint, and industrially-contaminated soil, experts failed to search for lead in food items as common as candy prior to the law.

Over the course of the study period (14 years), public health officials issued 164 health alerts for food contamination, 60 of which were lead-related. Out of 60 lead-related alerts, 55 were for imported food: 34 percent of which came from Mexico; 24 percent from China; and 20 percent from India. Non-candy imported food items also had their own alerts for lead-contamination including spices. The study analyzed data from 2011 to 2012, and found that state officials tested 1,346 candies. It was found that 65 different products had lead, 40 of which had exceeded the limits for children. The candy testing program was, however, limited because it was not comprehensive, and the real number of contaminated candies and other food items may be higher.

What you need to know about lead

Lead is a toxic heavy metal that can cause innumerable side effects on the human gastrointestinal tract, central nervous system, haematopoietic system, and other organs including the liver, kidneys and gingival tissue. It is a teratogenic substance, meaning it can be passed on to children in utero, and cause developmental delays and other metabolic disorders.

This toxic substance can be found in dust, dirt, drinking water, food and other items that may have gone through a factory process. It can even be found in food crops, because lead can be absorbed by plants, and is biochemically accumulating.

While lead can cause many negative effects on humans, the Food and Drug Authority (FDA) states that zero-tolerance for lead in food cannot be implemented, due to the fact that lead occurs in the environment, and it is not that simple to remove it from food. We currently do not have the technology to prevent lead from entering food supply, therefore protective measures against lead involve removal of food items or minimizing our exposure to it. The best thing we can do as of now to avoid lead poisoning is to buy or consume items that have been tested for lead and other contaminants, and avoid items that are known to contain it.