A Report on Energy Balancing and Attraction Relative to Electromagnetic Frequencies

As a now-retired former healthcare professional, but continuing-to-write researcher and journalist, I candidly have to admit I have seen an unbelievable, but verifiable, decline in public health and an acceleration in morbidity statistics, especially within the last three younger generations—infants and children—and official statistics prove that. 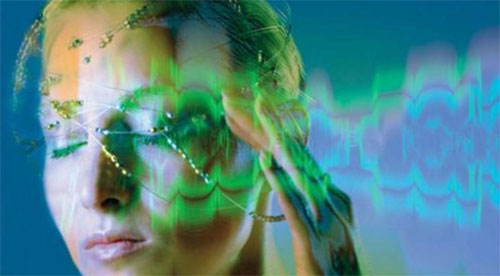 Approximately 27% of U.S. children live with chronic health conditions that can affect their daily lives and normal activities. Adults, too, are affected; many experiencing health anomalies their allopathic healthcare providers seemingly can’t confirm, but still patients complain about while finding no relief.
In 2014, 60 percent of Americans had at least one chronic condition, and 42 percent had multiple chronic conditions. These proportions have held steady since 2008.

And then there’s a troubling “phantom” health anomaly, which can exacerbate any existent health condition, which has been accelerating exponentially since the rollout of high technology “smart” appliances and devices.

That totally exasperating condition is identified as Electromagnetic Hypersensitivity (EHS) or Idiopathic Environmental Intolerance (IEI) per the World Health Organization (WHO). It is brought on by over-exposure to radiofrequencies produced by technologies using microwaves within a broad spectrum of wavelengths, e.g., cell phones and cell towers; utility companies AMI Smart Meters; all smart home appliances, i.e., dish-and-clothes-washers, dryers, refrigerators, TVs, computers, etc.; plus the very networks from which those smart gadgets get their power to function, spy, report back and even addict users to their constant usage.

A most remarkable aspect plaguing EHS/IEI is that science within the medical and microwave industries is divided about the existence of RF wavelengths that produce non-thermal, non-ionizing radiation from appliances such as Wi-Fi radiation; baby monitor radiation; bluetooth radiation; cellphone radiation; smart meter radiation; dirty electricity; and cordless phones radiation.
Radiofrequency research results apparently depend upon who finances research projects!

According to data compiled by Dr. Henry Lai, University of Washington, here is how the findings materialize:

The amazing scientific artifact verified above is the microwave industry’s professional associations, e.g., ICNIRP, state in view of 32% of industry-funded studies finding harmful effects, ICNIRP and federal/state health agencies claim there are no harmful effects, which indicates the fraudulent aspect of consensus science. Or is that “smoke and mirrors” science?

All the above having been said, children exposed to Wi-Fi in school complain of headaches; adults who must use computers, cell phones and other smart appliances in their occupations complain of health problems, too. The American Association of Environmental Medicine produced a Recommendations Regarding Electromagnetic and Radiofrequency Exposure guide, which I think readers should become familiar with in order to ascertain IF you are being compromised by some RFs at home, school or in the workplace.

Furthermore, after hearing many inquiries and complaints from people who know of my background and were seeking to find any information regarding their heretofore non-existent health issues, I began to study the troublesome anomaly and realized that radiofrequencies were interfering with the natural radiofrequency at which the human body’s electromagnetic frequencies operate, aka the Schumann resonances, i.e., around 5Hz; whereas all smart gadgets operate in frequencies up to and including Gigahertz (GHz) ranges. One GHz is one billion oscillations of energy per second! See what’s involved: Super-saturation by microwaves causing the body’s electromagnetic frequencies ranges to be “scorched”. How “scorched” will bodies become when 5G is rolled out? “Sweatville!” Literally!

5G goes after the body’s sweat glands, which act like antennas.
When the above realization set in, I began to adjust my thinking about EMF/RF interactions and remembered energy medicine practices of Traditional Chinese Medicine (TCM), something that’s been around for thousands of years, upon which I formulated a research protocol and wrote about in December 2018 Electromagnetic Frequencies: Can You Do Something About Them If They Affect You?
In that article, I asked if anyone followed the protocol and got results, would they report back to me.
Several folks did, but only one was willing to have the results written up, but wished to be known as “Anonymous”. Below is the protocol for reporting results. The results below came to me in a two-page typed letter format. 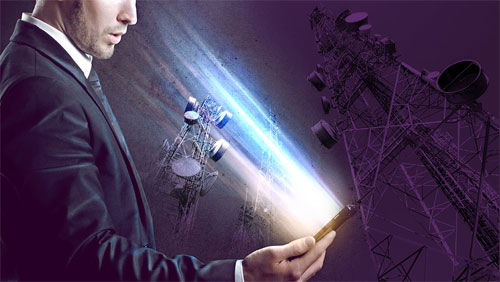 “In every culture and in every medical tradition before ours, healing was accomplished by moving energy.” – Albert Szent-Gyorgyi, Biochemist & 1937 Nobel Prize winner.

Below is the protocol for assessing whether relief was obtained or not. The published results will not mention personal names, only gender, in order to keep personal identification anonymous and private.

One important biochemical change to make for increasing vitality and producing ATP (adenosine triphosphate, the standard molecule for cellular energy in the human body) is:
– During the 4 week protocol eat only organically-grown food, no GMO-containing ingredients, which most processed foods contain;
– Eat pasture-raised eggs and dairy products;
– Drink non-fluoridated water;
– NO microwave oven-cooked-or-heated food, tea, soup, etc.
– At any time did you experience skin rashes; or abnormal symptoms;
– Did you remove smart appliances from your environment;
– Did you install any type of shielding? If so, what and where.
– What types of EMFs/RFs affected you: Smart Meter, cell phone tower, cell phone, etc.
– How many times a day did you practice the EFT Techniques and Tapping;
– Did you practice meditation on a daily basis;
– How soon did you begin to notice improvement in symptom reduction;
– Which symptoms reduced dramatically; which did not improve;
– Are you planning to keep the EFT Techniques and Tapping as a daily routine?
– Please add your personal testimony in a brief essay as to how you feel about the protocol and what you feel you gained from doing it.

‘Anonymous One’ Results
Person: Female, 73 years old.
‘Symptoms: sleep is impossible; wonkiness; dizziness; nausea; short-term memory greatly disrupted; heart arrhythmia and pain; gum tenderness; extreme fatigue; irritability; impatience and anxiety.
I have been aware of EHS/IEI symptoms since August 2012, when a citywide Wi-Fi system was installed in the city I was living in then.
I had rashes on my arms. A retired nurse called it eczema, but that was before we did more shielding from our neighbor’s powerful 4G/5G router.
I could feel Wi-Fi (but can tell a vast difference between 4G and 5G) from the first time I was exposed to it, and also smart meters and cell towers, but have become more sensitive of late, so now can feel any cell phones and Wi-Fi gadgets guests bring, and that people in public are carrying.
Medical help: I’ve reported symptoms to my doctor, but he didn’t know how to help.
My Reactions: Always, and prior to taking part in this protocol, I wear a headscarf of shielding material, plus a baseball hat of shielding material every day. At night I put a shielding head net over my head.
– I didn’t notice much change until a couple weeks into the Protocol.
– My sensitivities did not diminish, but my recovery time did, and my stamina, which for me were huge.
– It will be well worth following this from now on, because I can sense that my reserves are stronger.’

Anonymous One’s conclusions:
‘Most comforting is that my memory is back, and the eczema is disappearing, which my friend, the retired nurse, says indicates that my immune system is healing. And that’s after only two weeks without Wi-Fi. [Neighbor turned off Wi-Fi for three months while vacationing in Costa Rica.]
I think this is a very worthwhile program to follow, especially since we now know that Wi-Fi radiation is inflammatory, and therefore inflames the entire body, which is one way it does its damage. But by eating a basically alkaline diet and drinking pure water, and guarding sleep as if it were gold, there’s a good chance of staving off some of the dire diseases Wi-Fi causes.
This Protocol is important also, because it may help prevent the body’s becoming more sensitive to electromagnetic radiation over time with additional exposure. At least this gives a fighting chance to stave off the worst of the consequences of Wi-Fi exposure.’

However, ‘Anonymous One’ wrote quite a little ‘dissertation’ regarding all the shielding techniques they installed over the years to protect from a neighbor’s powerful 4G/5G Wi-Fi router. Nevertheless, the results she experiences and reports only came after working on the Protocol for 4 consecutive weeks.

I’ve heard similar comments from others, too. However, when EFT Techniques and Tapping also are used, there are many more benefits accruing. I know about that from personal experiences.

My hope is that this discussion can bring another dimension of research, plus help, for those who live in the never-ending ‘land’ of EHS/IEI torture. I truly hope the medical profession will take a look at this Protocol and consider implementing it as a self-help health routine for those patients with ‘squirrelly symptoms’ they don’t know how to treat.”