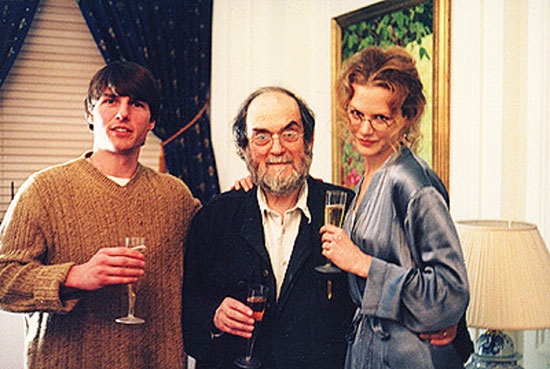 James Comey’s testimony from june 2017 was carried on every network. So was Attorney General Jeff Sessions’ testimony. But the House intelligence Committee was planning on interviewing John Podesta in secret. Why?

This was published in The Common Sense Show:
“…Podesta’s testimony will be held in secret… and the participants will not be able discuss their testimony with the public. Why the discrepancy?
The answer is as simple… The House Intelligence Committee is doing the work of the Deep State and [members] are protecting them from further exposure as to their collective forays into child-sex-trafficking. Podesta, literally and figuratively knows where all the bodies are buried in this heinous arena of subhuman, Satanic behavior.”

It seems Podesta’s testimony could have unraveled many secrets in Washington. With so many emails to explain, his testimony might have only skim the surface.
And what about the leaker of those emails.

Seth Rich, the young Democratic National Convention staffer was walking home in an up-market Washington DC neighbourhood when he was shot dead. He was talking to his girlfriend on the phone at the time, and the police have repeatedly said that the evidence points to a botched robbery. But then it was discovered that Rich was maybe the leaker of the Podesta emails. At the same time, President Trump has had an aggressive campaign against Child-Sex-Trafficking, with a spat of prosecutions.

Republican whip Steve Scalise was leading the march — demonstrated by a YouTube published on 25 May 2017. In another coincidence he was struck down.
Mary Maxwell reported on the tragic baseball game. Scalise was critically wounded from a shooter targeting him during a Congressional baseball practice.
And Nicole Kidman, who played an abused wife in Big Little Lies, has waded into the debate.

“Stanley told me the world is run by pedophiles”

In the MSM, in May, there were the usual distracting gossip reports — that Resse Witherspoon was allegedly “furious” at her Big Little Lies co-star Nicole Kidman, for not promoting the TV show enough, and just talking about her role in the film, Lion. But it seems that is not all that she was talking about. Yournewswire, disclosuretv, and truthseeker wrote that she spoke about something else.

According to Nicole Kidman, Stanley Kubrick, while filming Eyes Wide Shut, told Fiona Barnett claims she was abused by Nicole Kidman’s father, Anthony Kidman, and when she reported him, he fled to Hong Kong and “died” there. Kidman said the reclusive director, Kubrick, taught her “how the world works and who is really in control behind the scenes”.

“Stanley told me the world is run by pedophiles,” Nicole Kidman said while promoting HBO’s Big Little Lies, in Los Angeles. “He studied secret societies his whole life, he was fascinated by them, and he said the elite, the top secret societies, they are full of men with a certain predilection. They are tied together, sort of bonded, by pedophilia.ˮ
“They all know each other’s dark secrets. There is no way out for any of them. It’s a lifetime bond. Even if one of them wanted to go straight, repent, so to speak, he can’t. His peers will bring him down. They are in it until death, driving the world to ruin. That’s kind of how Stanley explained it but it was all very complex. I’m probably not doing it justice.”

Kidman and her then husband, Tom Cruise, were working for Stanley Kubrick in 1999. At the time they were filming Eyes Wide Shut. It was Kubrick’s last film before his death the same year — and many believe Kubrick gave away too many secrets in the film about secret societies and the global elite, and was murdered.

Underage sex (pedophilia) was a territory the director was familiar with — casting Suellyn Lyon to play the sexually charged teen when she was only 14 years old into the role of Dolores “Lolita” Haze. Kubrick’s movie Lolita, based on Vladimir Nabokov’s book, was about a middle-aged professor becoming infatuated with a fourteen-year-old. The film was then remade in 1997.

Back onto what Kidman said. She was not telling us anything new — but why was she telling it, seventeen years later?
Kidman added, “Stanley’s next film was going to be about psychopathic pedophiles. He said he was going deeper down the rabbit hole.”

So is the world run by pedophiles (as Kidman claims Kubrick said)? This could possibly be a distraction to who is really running the world. Those elites running the world have used pedophilia and satanic predilections to manipulate those running the show for them. It is most likely a very useful mechanism used to control people in positions of power. (as Kubrick said, “There is no way out for any of them.”).
Maybe these pedophiles are just a “firewall” protecting the real people behind the real power structure?

Phil Schneider – the man behind The Alien Agenda