Phil Schneider – the man behind The Alien Agenda 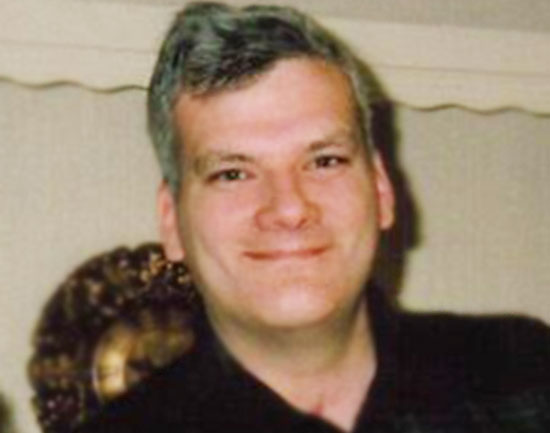 Phil Schneider believed that there are seven benevolent alien species currently living on Earth and four evil species. The theory further suggests that the US Government has signed four treaties with the Aliens in 1944, 1954, 1962 and 1979. The treaty in 1954 was signed between the Government and species of Grey Aliens.

Phil Schneider was a US government geologist, engineer and arguably one of the most controversial figures in the world of ufology and extraterrestrial subjects. Phil was born in 1947 and worked for the US Government for years. He worked in the field of nuclear medicine, was involved with the Philadelphia Experiment, as well as working for the Government in building underground military bases. Phil was quiet about his work, and his knowledge on extraterrestrial. However, after the death of his father in 1993 and the murder of his friend Ron Rummell, Phil decided to shed light to some of the most controversial topics in history: Aliens.

In his notes, Schneider indicates that 16 UFO crashes took place between 1947 and 1952. From the crashes, the US government recovered 117 alien bodies, four of which were alive. The security of the extraterrestrial was handled by a special unit within the military. The unit was named Blue Berets and was part of the Project Pounce.

Phil believed that there are seven benevolent alien species currently living on Earth and four evil species. The theory further suggests that the US Government has signed four treaties with the Aliens in 1944, 1954, 1962 and 1979. The treaty in 1954 was signed between the Government and species of Grey Aliens.

Schneider believed that the goal of secret military bodies was to protect the Earth from a likely alien invasion. He locates the home of alien bodies in Nebraska and claimed the US Government has piles of wrecked UFOs.

Phil went a step further, claiming in some private conversations that he was present at one meeting between high level officials from the United Nations and an alien. The meeting took place in a facility with expensive meeting rooms.

Aside from the Alien Agenda, Phil Schneider’s material can be broken down into five other conspiracy realities: the black budget, the Dulce Wars, deep underground military bases or DUMB’s, Advanced aircraft and the New World Order.

From those, the New World Order, that is becoming more and more obvious for an increasing number of people, represents a diabolical plan of the satanic elite. According to his theory, power elites from all around the world will take over and enslave humanity into a dictatorship. The idea is that the New World Order will bring a One Government that will rule over everything. In such world, citizens from all around the world would hand over their freedom and liberties in exchange for protection against terrorist threats. Phil stated there are 107,200 prison boxcars built and they can store more than 15 million individuals who refuse the cause.

The Dulce Wars takes place in 1979, when Phil Schneider is part of a drilling operation at Dulce NM. After four shafts have sink, Schneider was appointed to travel down to determine the problem. He claims he discovered a cavern with aliens, and members of the FBI and the black berets were forced to intervene.

The remaining three realities: the black budget, deep underground military bases and advanced aircraft and stealth technology complement the Alien Agenda theory. According to Schneider, the US Government has more than $508 billion budget for military research and uses those money to prepare for the incoming invasion.

The Death of Phil Schneider

Phil Schneider died in January 1996. Official cause for death was suicide. However, the events leading up to the death of Phil Schneider is what makes it controversial.

In May 1995, in his speech, Phil talked publicly about the Alien Agenda, The New World Order, Black Budget, Secret Military Bases and much more. Following his death, neither the police neither the medical examiners finished their investigation. Many believe he was the victim of his “freedom of speech”. His knowledge and his desire to be public, and his indication he will release a book with everything that he knows, all of his notes, photos and manuscripts had to be removed. Following his death, his manuscripts, photos and notes were stolen.

Phil was founded by his friend Al Pratt, who for several days suspected something is wrong with Schneider. Several days in a row, Al went to the apartment of Mister Schneider, saw the car down in the parking lot, but nobody answered at the door. Five days later, he decided to call the police and the manager of the building and enter the apartment. The body of Phil Schneider was lying there.