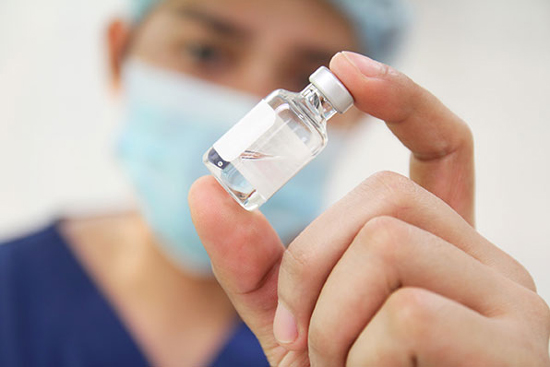 Flu-shot advertising stays up year-round. You can’t miss it. Commercials, magazine adverts, signage in grocery stores and outside of big box stores, it’s the one vaccine that seems to get the most limelight. Several times over the last few weeks I’ve been asked if I want the flu shot. I’m used to that question and have a standard polite response for the person asking me: “Thanks, but no”. After years of being able to keep my reply that simple, I didn’t have the option of doing so lately.

At two separate clinics in recent weeks, I was asked not if I wanted a flu shot but when I actually had a flu shot administered. Not only that, they wanted to know if I had had other vaccines as well. Worse, it wasn’t a verbal response they wanted from me. I was asked to enter the information on an intake form during the check-in process.

For one of the appointments, I was checking in to see an orthopedist. He, and his practice, have had nothing to do with vaccines in the past. They’ve always specialize in bones, joints, and orthopedic disorders and injuries, never vaccines. Why would they care what, if any, vaccines I have had?
I’m hearing that dental offices are asking similar questions. So are eye clinics, too. Adults, be aware. You’re next!

I knew a push on adults was coming. The updated adult recommended schedule boasts as bloated a schedule as the pediatric one. Since I have future appointments with the orthopedist, as well as with another specialist for an issue that has yet to be resolved, I want to read up on one more push that I’ve also been hearing about – standing orders. At quick glance, I can see that standing orders was not created for my best interest but for mainstream medicine’s.

For years now, I’ve known what to say when asked about my kids’ shot records. Only recently have I had to protect and defend my own. In the past, the kind nurses who’ve worked with Ronan’s specialists, including one of our favorite nurses, don’t give me a hard time, “…looked up from the computer and apologized for asking, ‘I’m so sorry to have to ask you that. You know I respect your decision, but I can’t get to the next screen without answering this prompt…’ I thanked her. Other nurses have not been so kind, so I smiled and said, ‘I understand. Ronan doesn’t need a flu shot today, thank you.’”

I wonder how long I’ll be able to continue to say that though. That nurse expected my “No, never, thank you” answer and has maintained a polite and respectful demeanor toward me and Ronan. Other providers, as well as the local pharmacist, haven’t been so kind or understanding. The shock. The hard stare. The looking me up and down and judging me silently speaks volumes.
A few weekends ago, I had to go in and talk the pharmacist about some changes to Ronan’s coverage. After discussing the business I came in to discuss, she tried to sell me a flu shot. 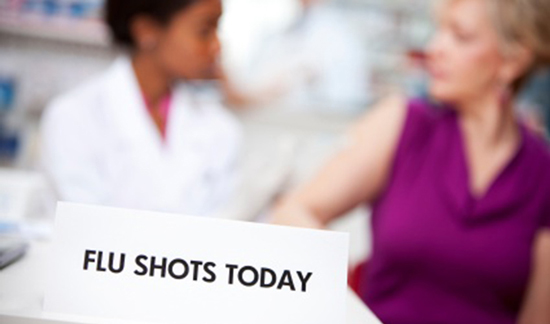 Pharmacist: Do you (and the kids) want a flu shot?
Me (with a look of horror on my face): Oh, no! We don’t do those.
The pharmacist had a matching look of horror on her face. Poor soul was speechless! She had no idea what to say to me. I guess she doesn’t get too many no thank you (or no way!) replies like mine. As she fumbled for words, I smiled. Then, I took my children’s hands and walked out of the store. I was lucky that time. I have not always been able to confidently walk away from vaccine conversations as quickly, nor as easily.

While accompanying a family member to the Emergency Room not too long ago, I was asked about his vaccine status. Between the two of us, he and I were asked no less than seven times if he was vaccinated. The triage nurse was most concerned if he was up-to-date with the Tetanus shot (which, mind you, is usually never a stand-alone shot). Seven times the reply was “Yes”. Each time afterward, she got a new reply until she stopped asking.

That encounter reminded me of all the times that I’ve been asked about Ronan and the flu shot. The flu shot is one of the vaccines he reacted negatively to. Being reminded of what it did to my son brings me to a deep, dark place. I don’t like that feeling, so when I’ve been asked, I deflect the question with a simple answer:
“Has he had the flu shot?”
Oh, that’s easy.
“Yes! He has.”
I never had to provide a date of when, just that yep, he sure did get that shot.

Lately, the questions have been more directed: “Has he had a flu shot this season?” Or: “Have you gotten the seasonal flu shot for him?” And: “When did he get the flu shot?”
Even with how pointed the questions are becoming, I won’t lie. Instead, I redirect the nurse or the medical staff person asking the question back to why we’re in their office. “Oh, I’ll talk to the pediatrician about that. So, his latest problems are…,” I start to say if we’re with a specialist. Being honest, while also reminding the person I’m speaking to why we’re in their presence – which is to be seen for the issue at hand, has helped. I won’t let them put me in a corner or talk me into something Ronan doesn’t need. They don’t like it, but I make sure that I stand my ground.

Last week, when it was my turn to be the patient again, I had trouble speaking up when I was cornered about vaccines. “I’ll discuss it with my doctor” was the response I gave while in 10+ pain that knocked me off my feet and landed me on a stretcher late one night. Later, while waiting to be seen by the ER doctor, I was asked: “Have you had the flu shot?” and “Is your tetanus shot up-to-date?” I thought, the only time that information would be relevant would be if the intense pain I was in was the direct result of the flu shot or the tetanus shot. But asking vaccine status has become standard, and I knew I had to be careful with my responses. Alone, with intense pain at 3:00 in the morning with no one to answer for me, I had to remain coherent and also confident in my answer. “I’m up-to-date” was my reply. It worked. This time.

I love that Dr. Eisenstein offered me advice on this very topic. I’m paraphrasing the wise words he shared with me during a phone call from a few years ago: “Cathy, you are the parent. Ronan is your child. You be in charge of what happens to him, including in the exam room. If someone asks you if your child is up-to-date on shots, he is. Because he’s as up-to-date as YOU want him to be.” Ronan is up-to-date according to the schedule. My schedule. I don’t see specialists nearly as often as my vaccine-injured son does, but I will take that same advice: I am up-to-date according to my schedule as well.

I’m going to be keeping a close eye on which other of our usual medical clinics and providers start asking about vaccine status. If I need to shop around for new places, I pray that I’ll find people who leave vaccines out of it and stick to their specialty. The bone doc I have is a great bone doc. As far as I know, he’s qualified in only one area – orthopedics. I would never expect him to counsel me on anything but orthopedic-specific issues. If he tries, or if his office staff attempts to bully me or worse, kick me out of the practice for not playing their games, I will go elsewhere. I just hope that should I have to go elsewhere, the new group will work with me and respect my view on this topic. One’s health care should not be compromised, withheld, or denied because of their vaccine status or beliefs. I know that’s become a trend, but it’s just not how modern medicine should be practiced.

Endgame: Disclosure and the Final Defeat of the Cabal (17)