After pushing LGBT agenda for children, Disney files patent on cuddly robots that could be used as «sex toys» for children 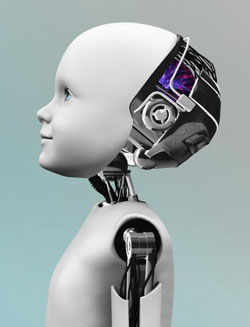 The Disney Corporation is notorious for embedding sexually-deviant content into its line-up of children’s programming. But this prolific cartoon and entertainment icon is reportedly taking its perversion agenda to a whole new level with the introduction of a humanoid robot concept for children that some experts warn could morph into a type of sex toy product for underage adolescents.

As sick and twisted as it sounds, the writing seems to be on the wall as to the next phase of Disney’s subversion of the world’s youth: to bring about their demise through a trans humanism push in the form of new “cuddly” robot toys. Evidence of this is revealed in a recent patent filed by Disney that depicts a “soft humanoid robot” that kids can play with – and that will play with kids.

A rendering of Disney’s disturbing invention depicts a bulbous “huggable” shape with two arms that purportedly will look like a friendly creature in its finalized form. Children will presumably perceive the object to be a type of living friend, even though it will merely be a robot with potential artificial intelligence capabilities.

Where the whole thing gets even more creepy is the object’s ability to engage in “desired motions and output forces” depending on how it’s programmed to operate. Reports suggest that this humanoid robot will use these motions to directly interact with children in a physical way, effectively becoming a part of their lives and influencing their development.

“Disney research scientists are exploring the manufacturing of robots that can safely interact with young people, effectively altering how kids grow up, which will further allow for robots to integrate with mankind,” warns Nate Brown from Christian Truther. 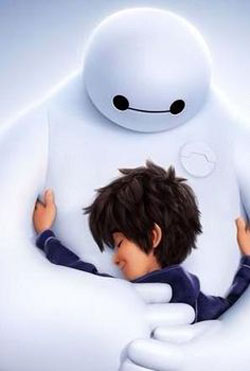 Disney’s patent for the concept admits that the goal is to create a human-like robot that will physically interact with children without scaring them. It has already produced a test version of this type of robot based on the Big Hero 6 character Baymax, which reportedly contains a durable outer shell that looks and feels like “soft skin” and that contains fluid inside its upper body.

The patent document describes the concept as “interactive guidance” a.k.a. a new type of parental influence for children that excludes their actual parents. Expect to see more and more of these types of humanoid robots in stores, amusement parks, and even schools, hospitals, and people’s homes, the document adds, to “provide therapy, and lend an extra set of hands.”

What this all amounts to be total invasion and destruction of the family. Some are calling it the “fourth industrial revolution” – the next step in subverting humanity by pushing a transhumanist agenda. The endgame is a total merger of man with machine, or singularity, something that Google executive Ray Kurzweil believes will become a reality within the next 10 years.

The groupthink, hive mind result of this next phase of human reprogramming, should it succeed, will likely create the “beast” system necessary for the elite to implement a global control grid operated by a one-world government. Control and human enslavement is the true purpose of such heinous evil, and if parents don’t step up to resist this onslaught of evil, it could very soon become a reality.

“Disney has previously been exposed for their subliminal sexual, and occult imagery throughout their motion pictures and productions, but what they do next, could change the future,” adds Brown. “To accelerate its acceptance they go after the minds of children, and Disney’s new patent further proves that point.”

The [quantum] mechanics of tantric lovemaking