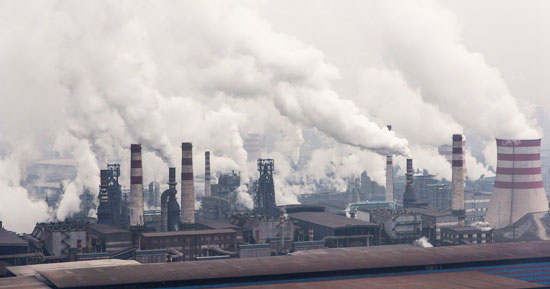 Besides the tragic loss of life and property, casualties to wildlife, and devastation to nature wrought by the recent wildfires, a toll to human health will be an inevitable consequence. Without taking into account the recent impact of these natural disasters, air pollution already claims more than two million lives per year.

Especially troubling is the particulate matter content of air pollution, which is connected to a litany of adverse health outcomes. Airborne particulate matter, which “consists of a heterogeneous mixture of solid and liquid particles suspended in air that varies continuously in size and chemical composition in space and time,” is more dangerous than both ground-level ozone and carbon monoxide. Among the constituents of particulate matter are biological components such as cell fragments and endotoxin, crustal material, heavy metals, particle-bound water, sulfates, nitrates, organic and elemental carbon, and dangerous combustion byproducts called polycyclic aromatic hydrocarbons such as naphthalene and benzo(a)pyrene.

The Environmental Protection Agency (EPA) classified particulate matter into ultra-fine (PM-0.1), fine (PM-2.5), and coarse (PM-10) based on its aerodynamic diameter in micrometers, which in turn influences its dissemination in the atmosphere and respiratory penetrance when inhaled by a living organism. For comparison, the average human hair and particle of fine beach sand have diameters of 70 and 90 micrometers, respectively. Fine particulate matter, which can be either directly released into the air or converted from gaseous precursors, poses monumental risks to health due to its suspension in air for weeks to months and its ability to be transported hundreds or thousands of kilometers.

At a mechanistic level, tissue damage to airways and inflammation can occur due to transition metals present in particulate matter, which induce production of electron-stealing, tissue-damaging reactive oxygen species (ROS). Similarly, transition metals such as iron elicit genotoxic effects, damaging cellular genetic material. Disruption of cell membrane integrity is a consequence of the elemental components of particulate matter, which can lead to pulmonary fibrosis.

In addition, oxidative stress and inflammation caused by particulate matter may promote apoptosis, or programmed cell death. Lipopolysaccharide from gram-negative bacteria present in particulate matter can induce pathologic intestinal permeability, the precursor to autoimmune disease, as well as generate a milieu of metabolic endotoxemia which favors the development of airway dysfunction, obesity, metabolic syndrome, atherogenesis, and cardiovascular disease.

The Correlation between PM-2.5 and Disease 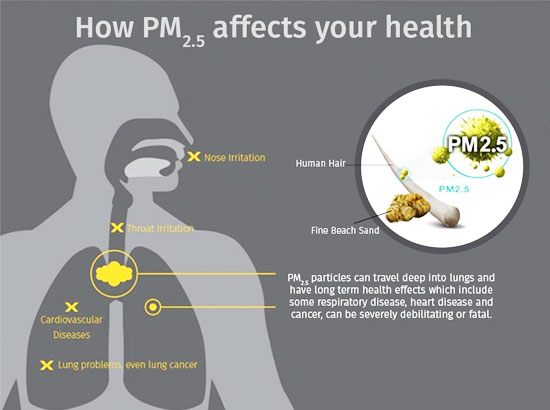 Cardiovascular disorders, including acute coronary syndrome, hypertension, venous thrombosis (blood clots), arrhythmia, stroke, exacerbation of congestive heart failure, increased rates of heart attacks, and aberrations in cholesterol profiles, can manifest from PM-2.5 exposure. Increases in PM-2.5 are associated with increased carotid intimal-media thickness, a measure of cardiovascular risk and marker for the accumulation of atheromas, or abnormal masses of fatty material in the arterial wall. Decreased tone of the anti-inflammatory ‘rest and digest’ parasympathetic arm of the nervous system, as exhibited by depressed heart rate variability, is also associated with exposure to PM-2.5.

Particulate matter is likewise correlated with adult diabetes, even after accounting for other risk factors such as ethnicity and obesity. PM-2.5 is also associated with reduced lung function, elevated respiratory-related mortality, and increased hospital admissions for pneumonia, asthma, and chronic obstructive pulmonary disease (COPD). In fact, at a global level, particulate matter is responsible for approximately 5% of deaths due to lung cancer and 3% of cardiopulmonary deaths. PM-2.5 in particular reduces lifespan by an estimated 8.6 months. This is not withstanding the financial toll incurred by particulate matter, which cost China and the United States $106.5 billion and $29 billion, respectively, in one year alone.

In the first phase of hepatic detoxification, toxins undergo chemical modifications such as oxidation, reduction, or hydrolysis, and are therefore rendered even more reactive with the potential to wreak havoc. The second phase, thus, is essential in order to render phase I metabolites more hydrophilic, or water-soluble, so that they can be excreted. Sulfation, acetylation, glucuronidation, and glutathione conjugation are examples of phase II processes whereby the phase I intermediate is attached to a conjugating agent by a transferase enzyme, in order for the toxicant to be eliminated from the body.

Genetic polymorphisms, as well as liver congestion due to over-burdening of the detoxification systems, can create a bottleneck where phase I outpaces phase II, which leads to an accumulation of free radicals that deplete the body of the master endogenous antioxidant, glutathione. Signaling is then directed down pathways that activate mitogen activated protein kinase (MAPK) and nuclear factor kappa beta (NFkB), which leads to a pro-inflammatory cascade.

In order to promote removal of harmful substances from the body, it is essential to ensure phase II detoxification is running unimpeded. As a fundamental endogenous defense system against oxidative stress, phase II enzymes scavenge reactive oxygen species, metabolize foreign compounds, and have demonstrated protective effects against xenobiotics including ozone, tobacco smoke, and diesel exhaust particles.

As noted by Fahey and colleagues, “Induction of phase 2 detoxication enzymes [e.g., glutathione transferases, epoxide hydrolase, NAD(P)H: quinone reductase, and glucuronosyltransferases] is a powerful strategy for achieving protection against carcinogenesis, mutagenesis, and other forms of toxicity of electrophiles and reactive forms of oxygen”. Researchers propose that induction of phase II enzymes may represent a powerful strategy to combat the oxidative stress resulting from oxidant pollutants. 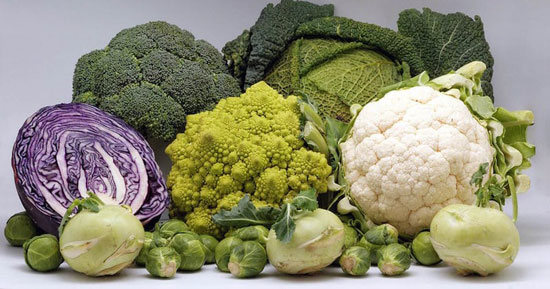 Sulforaphane, an isothiocyanate compound enriched in all cruciferous or Brassica vegetables, but particularly concentrated in broccoli sprouts, is the most potent inducer of phase II enzymes yet identified. In fact, “3-day-old sprouts of cultivars of certain crucifers including broccoli and cauliflower contain 10-100 times higher levels of glucoraphanin (the glucosinolate of sulforaphane) than do the corresponding mature plants”.

Amplifying the levels of phase II enzymes with sulforaphane can inhibit diesel exhaust particle-stimulated production of inflammatory cytokines by airway epithelial cells. As a chemoprotective agent, sulforaphane also decreases the incidence, number, and rate of development of mammary tumors in rats treated with the carcinogenic chemical dimethylbenz(a)anthracene.

Proof of concept was provided by a twelve-week randomized clinical trial which evaluated the effects of a broccoli sprout-derived beverage on the urinary excretion of airborne pollutants in participants from the Yangtze River delta region of China notorious for air pollution. Based on increased appearance of glutathione-derived conjugates of the pollutants benzene and acrolein in the urine of those who received the broccoli sprout beverage, the researchers concluded, “intervention with broccoli sprouts enhances the detoxication of some airborne pollutants and may provide a frugal means to attenuate their associated long-term health risks”.

In a similar study, subjects recruited from the polluted Qidong, China, consumed either a glucoraphanin-rich or sulforaphane-rich broccoli sprout-derived beverage in a randomized cross-over clinical trial. Excretion of glutathione-derived conjugates of several pollutants, including acrolein, crotonaldehyde and benzene, were significantly increased compared to baseline. In other words, the broccoli sprout intervention enhanced phase II, glutathione-mediated elimination of toxic air pollutants.