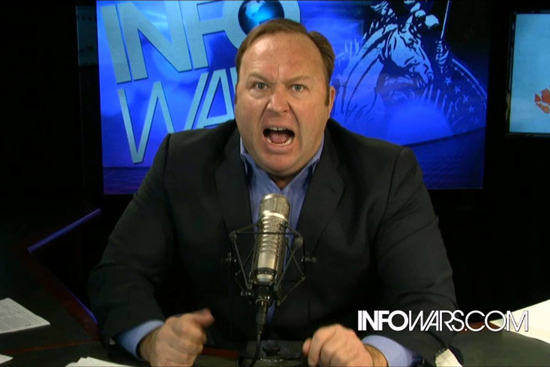 If you have not read some of Alexander Solzhenitsyn’s work on political ideology, perhaps it is high time to do. And if you don’t know who Solzhenitsyn is, then you have a lot catching up to do.

Solzhenitsyn, the Russian Nobel laureate for literature in 1970, was perhaps one of the rarest minds of the twentieth century. He was sent to the Gulag because he reported on the actions of the Red Army after they conquered certain territories. Solzhenitsyn was tortured, stripped of human dignity, and ultimately became a Christian.

Solzhenitsyn later wrote about his experiences in his famous book The Gulag Archipelago. (Solzhenitsyn’s monumental study Two Hundred Years Together, which was a best-seller in Russia, has yet to be translated into English. The first volume has been translated into French – Deux Siecles Ensembles: Juifs et Russes avant la Revolution – yet as of today publishers in America do not want to touch the manuscript, and, if you read the book, you will understand why.)

Solzhenitsyn said that the first step of a courageous man is to not take part in a lie. In other words, once our eyes are open to the truth, we should flee from falsehood whenever we find it because truth will free us from spiritual, intellectual, and political bondage. Everyone who desires to be free will have to seek and find the truth with the data available to him or her – through science, history, logic, reason, honesty, etc.

It was this commitment to the truth that compelled Solzhenitsyn to write his controversial book, Two Hundred Years Together. He wrote: “And therein we find, neglected by us, the simplest, the most accessible key to our liberation: a personal nonparticipation in lies! Even if all is covered by lies, even if all is under their rule, let us resist in the smallest way: Let their rule hold not through me!”

Solzhenitsyn also wrote in the same book: “Our way must be: never knowingly support lies! Having understood where the lies begin—step back from that gangrenous edge! Let us not glue back the flaking scale of the Ideology, not gather back its crumbling bones, nor patch together its decomposing garb, and we will be amazed how swiftly and helplessly the lies will fall away, and that which is destined to be naked will be exposed as such to the world.”

Those are powerful words. And if politicians and intellectuals would just apply Solzhenitsyn’s principle in the political landscape, we would have a better world.

Unfortunately, those who claim to seek truth and justice often violate their own principles when truth and justice conflict with their ideology. When Albert Camus was asked to explain why he remained silent during the French invasion of Algeria, he declared: “I believe in justice, but I will defend my mother above justice.”

This brings us to Alex Jones’ Prison Planet. They have just published an article which was originally published by The Hill. There was also an interesting video in the article. Listen very carefully here:

This is pure propaganda. If you pay close attention, Netanyahu unequivocally says: “The new Hamas documents say that Israel has no right to exist. It says every inch of our land belongs to the Palestinians. It says there is no acceptable solution other than to remove Israel… They want to use their state to destroy our state later.”

Netanyahu again declares that Hamas calls for “the genocide of all Jews”! How stupid can we be? If you don’t think that this man is lying, read Sara Roy’s scholarly study, Hamas and Civil Society in Gaza: Engaging the Islamist Social Sector, which was published by Princeton University Press in 2011. Roy is not an apologist for Hamas; she is just looking at this issue objectively and from a scholarly point of view. By the way, Roy is a Jew, and Netanyahu wants to tell us all that Hamas is calling for her destruction as well? If that is not generally dumb, then nothing is.

You see, the Zionist project simply cannot survive a scholarly investigation because it is completely ridiculous. And the only reason so-called alternative websites like Prison Planet are promoting these things is because they are a shill for Israel. Plain and simple. When you do the math objectively, the real ethnic cleanser in this conflict is actually Israel, not Hamas. As Jewish scholar Norman Finkelstein put it once: Netanyahu is actually “a maniac”.

How to use ginger to fight the common cold and cough