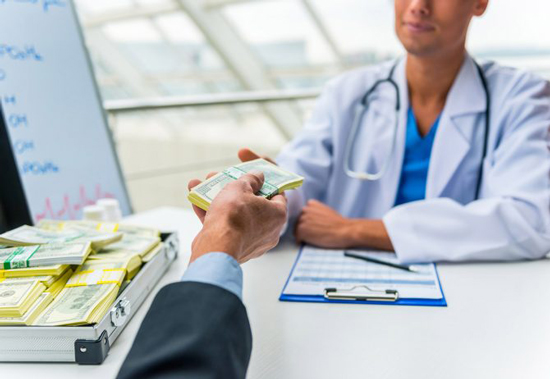 The sheer volume of scientific literature can be quite overwhelming, especially given the amount of contradictory evidence that is often presented. It is no wonder that many doctors regularly turn to meta-analyses and systematic reviews; these kinds of studies condense large amounts of information into a single study. Indeed, many view these as something of the gold standard of evidence.

In the past, doctors primarily relied on each other to develop standards of care; they would share their findings and utilize each others’ expert opinions for selecting the best line of treatment. Over time, however, scientific studies became the new guiding light for doctors. Due to the ever-increasing number of studies being conducted, an alternative was born.

Meta-analyses and systematic reviews serve to combine and examine data from many different studies, and in this way help to streamline the search for information. But, what if that information isn’t as accurate as many professionals believe it to be?

A professor of medicine health research and policy at Stanford University, Dr. John Ioannidis, notes that these conglomerate studies are very important to the medical community. Dr. Ioannidis himself has conducted several meta-analyses over the course of his career. He commented that they were originally undertaken with good intentions. “They’re trying to make some sense out of a very convoluted scientific and medical literature”, he said. But now, he notes, “the problem is that there are just too many meta-analyses”.

Unfortunately, in addition to there being too many reviews, it also seems that their original intent has been skewed to favor corporate interests.

In the light of these concerns, Dr. Ioannidis recently authored a study on the subject, entitled The Mass Production of Redundant, Misleading, and Conflicted Systematic Reviews and Meta-Analyses. In this study, he chose to focus on the scientific literature revolving around antidepressant drugs. Ioannidis notes that over the last seven years, 185 studies on these psychotropic medications have been published – suggesting that there are about 25 studies published on the same drugs for the same condition, year after year.

The study also found that an increasing proportion of these studies are being conducted by scientists that are financially vested in the outcome of their work.

Dr. Ioannidis says “About 80 percent of them have been funded or have some other conflicts of interest with manufacturers of these drugs. If you look at what their conclusions are, those that have been authored by industry employees, practically all of them, with one exception, have claimed that there are no caveats about antidepressants.”

It takes some deep reading to uncover any risks related to antidepressant use, such as warning about potential suicide risks – and that’s if they’re even mentioned at all. The absence of such information can be very misleading to doctors that are using these meta-analyses to determine what kind of treatments they should use in their practices. As Dr. Ioannidis points out, drug companies have begun using meta-analyses as conduits for self-advertisement, rather than as an unbiased look at the facts. “They can get the results or at least the interpretation that fits their needs”.

What is regarded as one of the most powerful and prestigious designs for current, scientific evidence in medicine is being manipulated into a marketing ploy. In addition to being disgraceful, this practice has eroded the original purpose of these documents – which was to make the vast body of evidence more manageable.

Many scientific journals are doing their best to ensure that researchers disclose any financial interests or other potentially conflicting interests, but it is still up to the reader to take notice of this information.

Independent, honest science should truly be the gold standard in our society – not the exception.