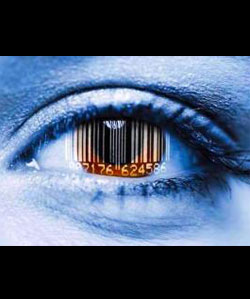 Imagine a cow being branded on a farm. Now imagine your family dog being micro-chipped so he can be returned to his owners if lost. The next logical step from these commonly accepted practices include the tagging and observation of you. The only question is who is doing the tagging?

There are numerous individuals who have been subjected to scientific experimentation in order to remove what are said to be alien implants from their bodies. Mainstream science has largely ignored these claims, as many of them have been debunked, but the precedence for implanting foreign objects into the human body for purposes of manipulation and control is well established.

Stanford University scientists have already figured out how to beam power wirelessly to tiny, rice-sized implants placed inside the human brain. These micro-implants were created under the auspices of acting as sensors to the brain, heart, liver, gut and other mechanisms in the body in order to report results back to a doctor, but there are obviously other implications for such technologies.

Unlike a pacemaker that sits just under the skin, and can often cause irritation, alien micro-implants that were surgically removed by doctors were found to be enveloped in a skin-like membrane that helps to keep the device in place without the body’s rejection of it.

Alien implants are thought to be a way for other civilizations to tag and locate human subjects for research. X-rays, CAT scans and photographs have documented odd-looking devices from the size of a pea, to much larger technologies which have several moving components.

These implants are often atomically aligned, often create a very powerful electromagnetic field and it seems that our own nerves grow into the implant itself, so when it is removed, it can feel as though a part of the body is going with it. One of the most commonly observed oddities concerning alien implants it that there is no inflammatory response in the body to the implant and many patients who have them have no history of surgeries of any kind in their medical files.

Looking through an electron microscope at magnification levels of 100,000X, researchers have discovered that these implants are made of almost a dozen different elements and when sent to metallurgy labs, the lab technicians do not recognize many of the elements they contain, some of which are fluorescent.

Moreover, many people who have claimed they have been implanted are ‘normal’ people who don’t want to draw attention to themselves and seem to be trying to assimilate into society as a common member of the human race. They have jobs, families, and money woes. Others have credible medical degrees and have spent years researching the phenomenon of alien implants.

Roger K. Leir was an American pediatric surgeon and ufologist who spent a large portion of his life investigating alien implants. As stated by Dr. Leir in MUFON, “The findings of these implant surgeries are highly unusual. In all these cases, there was virtually no inflammatory response.” Many of his cases reported having strange dreams and alien abduction experiences near the time they noticed having implants. 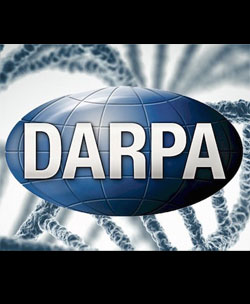 Derrel Sims, a hypno-anesthesiologist is said to have one of the largest collections of alien implants in the world. He says that these are not tracking devices, but something else. Of all the implants he has seen, he states that less than 1% of the population may actually have an alien implant. The others are likely nano-bots and other implant types that have already been documented in military personnel, as placed by the Department of Defense.

For example, DARPA (Defense Advanced Research Projects Agency – US governmental agency) would like to ‘help’ soldiers and the elderly by placing in them a black box brain implant that triggers memories. The Pentagon earmarked over $70 million in funding for this single project.

DARPA is also developing something called “Electrical Prescriptions” or ElectRx. It is nothing more than a program which they say “could reduce dependence on pharmaceutical drugs” and offer a new way to treat illnesses, but really they aim to make super soldiers, with healing abilities like the Wolverine or the Incredible Hulk, which they can also ‘unplug’ when they are no longer useful.

DARPA’s technology is based on a biological process known as neuromodulation, in which the peripheral nervous system (the nerves that connect every other part of the body to the brain and spinal cord) monitors the status of internal organs and regulate the body’s responses to infection and disease. This Department of Defense equipment appears to be a reverse-engineered technology reminiscent of many of the alien implants that have been documented.

When alien implants were removed, most people experienced changes in their health, mood, dreams and psychic phenomena. They experience pain from having the implant removed, but it later subsides. For some the pain stops immediately upon removal.

Though there is little documentation pointing to the true nature of an alien implant, it is certain that DARPA’s version is anything but benign. It is possible that the alien implants are intended for multiple purposes – some of them nefarious and others potentially beneficial, but the military industrial complex uses all its resources for creating better soldiers and more compliant sheeple. It will be interesting to see the field of alien implants explored more completely in years to come and whether or not any within the DOD (United States Department of Defense) come forward to explain where their own implant technologies originate from.