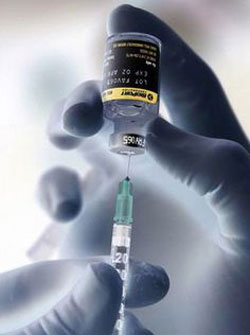 A Crohn’s disease vaccination is being developed by a researcher in Great Britain. The vaccine targets MAP (Mycobaterium avium paratuberculosis), a bacteria found in 80% of Crohn’s sufferers. The vaccine aims to help stimulate the body to eliminate MAP, and thus cure those suffering with Crohn’s disease.

While the intent of the researcher may be honorable, it is highly debatable whether another vaccination is the answer for this serious disease.
Vaccinations have in fact been blamed for causing autoimmune disorders including Crohn’s disease. It makes little sense to use a vaccine to target a disease caused by vaccines. Crohn’s disease is a progressive, life-threatening illness correlated with gut dysbiosis and inflammation of the intestines.

Functional medicine approaches, which aim to heal the gut, offer hope for those suffering with Crohn’s disease. Conventional medicine treatments include anti-inflammatory drugs that attempt to put the disease into remission.

Professor John Hermon-Taylor of St. George’s Hospital, London, has developed a vaccination which targets MAP (Mycobaterium avium paratuberculosis) found in animals and passed into the food chain. Professor Hermon-Taylor believes that the pathogen MAP is the cause of 80% of the cases of Crohn’s disease, based on the fact that most individuals with Crohn’s tested positively for MAP.

The Crohn’s vaccine has been tested on animals and plans exist to start human trials. The vaccine would target current sufferers of Crohn’s disease, by stimulating their bodies to rid themselves of MAP. More than 100,000 people suffer with Crohn’s disease in the UK.

Hav Vaccines, LTD, began in 2009, is developing the vaccine which will be available for current Crohn’s sufferers along with those considered to be at high risk for developing Crohn’s disease. The phase 2 trials are predicted to be completed by January 8th, 2018.

Crohn’s Disease Defined and its Prevalence 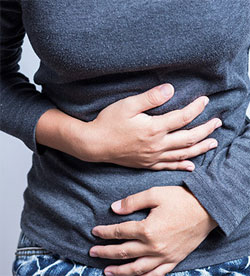 It is estimated that 1 to 1.3 million individuals in the United States suffer from inflammatory bowel disease (IBD), which includes both Crohn’s disease and closely related ulcerative colitis. The causes of IBD are considered to be unknown and conventional treatments include anti-inflammatory drugs and surgery.

The Problem with a Crohn’s Disease Vaccination

A vaccination, which proposes to cure Crohn’s disease, by nature is poorly designed and doomed to failure. Vaccinations work by increasing an antibody aimed at a particular virus or bacteria. The Crohn’s vaccine is likewise being created to attack the MAP pathogen in Crohn’s patients.

The fatal flaw in all vaccines is the fact that increased antibodies do not equate to immunity. Assuming that MAP is the cause of Crohn’s disease (which is a large assumption with no proof), a vaccination targeting MAP will contain a variety of toxic ingredients which will have the end result of lowering the ability of the immune system and decreasing the body’s ability to fight MAP or anything else for that matter. 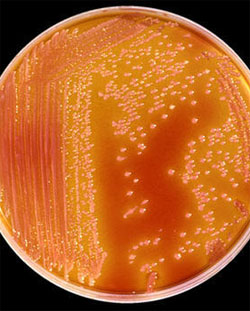 Functional medicine and other alternative approaches to medicine have linked gut dysbiosis, parasites, candida, metal toxicity, vaccinations and other assaults to the immune system as causes of Crohn’s disease. Because these damaging environmental factors include vaccinations, using a vaccine to treat Crohn’s disease makes little sense.

How to Stay Healthy, Avoid Crohn’s Disease and Cure It

Eating a nutrient-dense diet and avoiding toxins in the environment including vaccines, GMOs and fluoride can help to both avoid and treat Crohn’s disease. Engaging a functional medicine practitioner to develop an individualized treatment plan can be essential for healing from this devastating and life-threatening disease. Others have managed to find healing by following certain dietary protocols such as GAPS and the Specific Carbohydrate Diet.

Crohn’s disease is a serious disease of the gastrointestinal tract involving inflammation. There is currently no known cause or cure from a conventional medicine perspective, although treatments aim to reduce inflammation and can bring the disease into remission. Holistic approaches address gut dysbiosis, candida and parasites using nutritional supplements, medications and dietary changes.