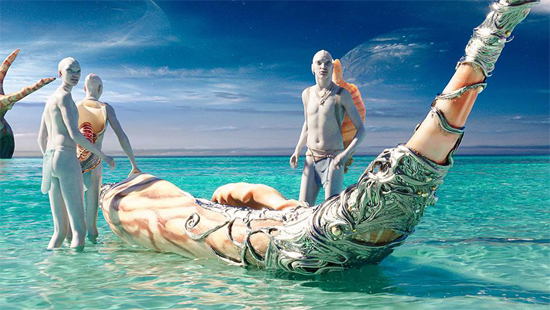 Humans are fascinated by aliens. Whether they’re chest-bursting assassins or cuddly childhood friends, pop culture is awash with extraterrestrials. Science, too, has been looking for little green men for years with the Search for Extra-Terrestrial Intelligence (SETI) Institute and more recently with Breakthrough Listen.

But what would actually happen if we encountered alien life? Would humans greet the news with pitchforks or embrace our extraterrestrial cousins?
A group of recent studies have suggested the latter. If news broke of alien life, it seems humans would be fine with it.

Arizona State University psychologist Michael Varnum presented new unpublished data at a press conference on February 16 during the AAAS (American Association for the Advancement of Science) annual meeting.
“If we came face to face with life outside of Earth, we would actually be pretty upbeat about it”, said Varnum at the press conference. “So far, there’s been a lot of speculation about how we might respond to this kind of news, but until now, almost no systematic empirical research.”

Varnum analyzed recent media coverage of the interstellar object Oumuamua – first spotted flying through our solar system in late 2017 – for positive and negative emotions. Specifically, Varnum was interested in the public’s response to reports that the visiting asteroid might actually be an alien spaceship. His results suggested humans would react more positively than negatively to news of intelligent alien life. 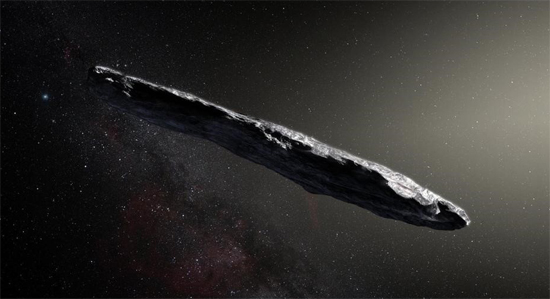 An artist’s impression of Oumuamua

These unpublished data build on recent evidence from Varnum and colleagues suggesting humans would be happy about the discovery of alien microbes. The results from three studies were recently published in Frontiers in Psychology.

In another study, researchers analyzed news articles covering potential alien discoveries for emotions codified in the text. They used sophisticated software to probe media coverage of a 1996 discovery of possible Martian microbes, 2015 reports of the star known as KIC 8462852 (also known as Tabby’s Star), which was dramatically dimming for then-unknown reasons (the mystery has since been solved) and last year’s (2017) discovery of Earth-like exoplanets in the habitable zone of a star. Their results showed significantly more positive than negative emotions.

Another study asked 500 participants to write how they might respond to news that microbial alien life had been found. They also wrote about how they thought humanity as a whole would react. Again, the results were more positive than negative, for both personal and humanity-wide responses.
“I would have some excitement about the news”, one participant said. “It would be exciting even if it was a primitive form”.

Another 500 participants were quizzed on their attitudes to a specific article on a meteorite containing an alien microbe and another on human-made synthetic life. People felt more positive than negative about the microbes – and more so than for the synthetic life article.
“This discovery shows that other planets have the ability to have life on them”, a participant said. “It’s a very interesting and exciting finding that could be only the beginning.”
Taken together, the results suggest, said Varnum, “If we find out we’re not alone, we’ll take the news rather well.”

What Happens to Our Brain When We Experience Complete Silence